UCHealth said it also plans to launch a call center to schedule appointments for those who can't do it online. 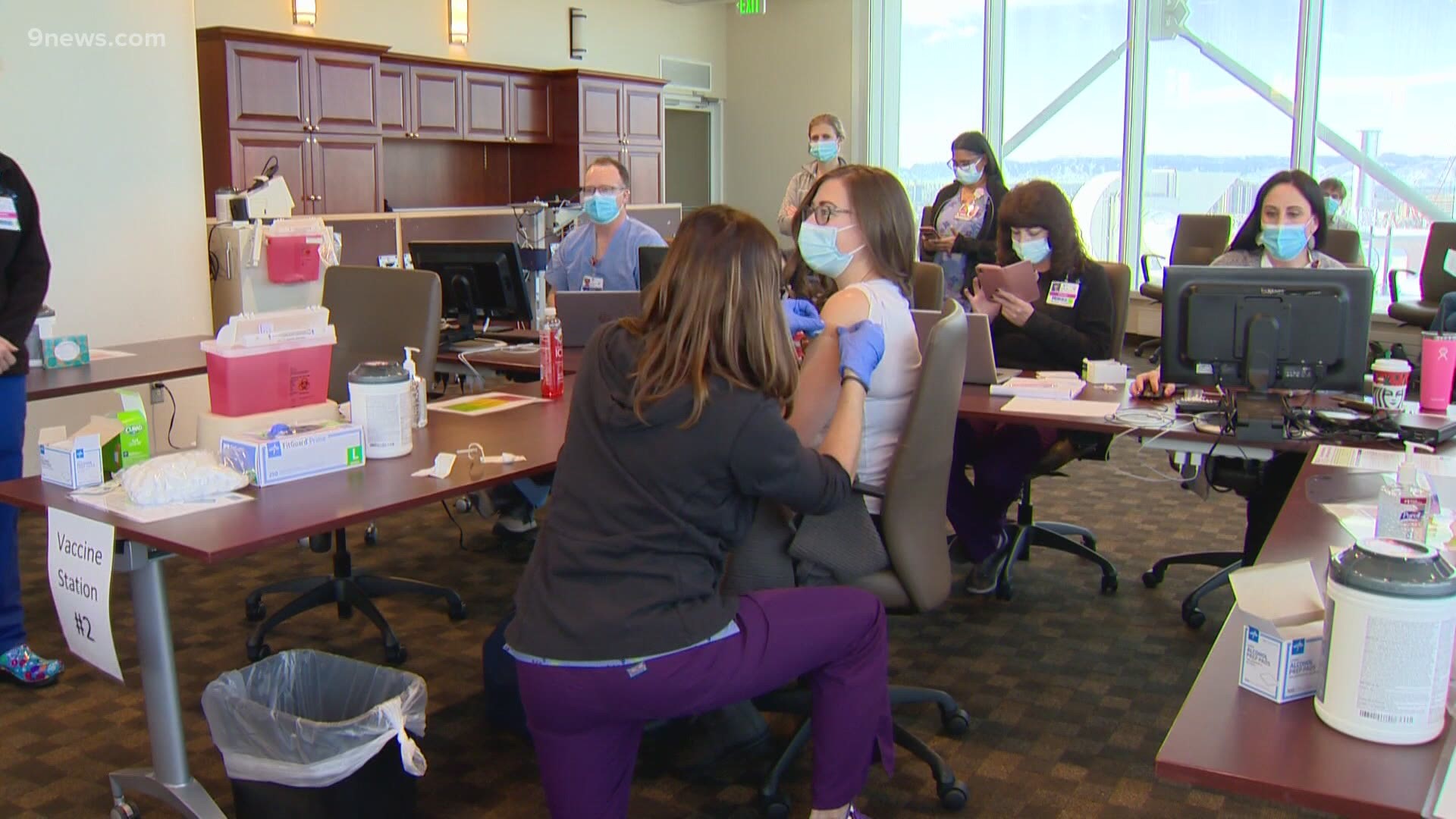 DENVER — Editor's Note: This article has been updated to clarify UCHealth's plan for a mass vaccination clinic.

The biggest obstacle to getting the COVID-19 vaccine out to everyone who wants one in Colorado is the supply chain from the federal government according to Gov. Jared Polis and hospital leaders.

"The frustrating thing is that there's not enough vaccine to do it this week, to give everybody 70 and up a vaccine," said Polis. "Not everybody can possibly have that appointment in a week, we could scale that up and do that from an operational perspective but we don't have the vaccine."

During an update Tuesday morning Polis said the state is allocating about 70,000 vaccine doses per week and there are more than 500,000 people in Colorado over age 70. He said given the math it will take to the end of February to get through that age group unless something changes.

RELATED: US asking states to speed vaccine, not hold back 2nd dose

UCHealth is working with the state to open a "large" drive-thru vaccination site by the end of the month in Denver where they could vaccinate about 10,000 people over two days, UCHealth said. Details about where that would be located or when it would open were not provided.

Currently, according to Zane, UCHealth can also vaccinate 5,000 people per day through its clinics.

That lack of internet is one reason, UCHealth also plans to launch a call center "in the next few days" where people can get their questions answered and schedule a vaccine appointment by phone.

>>>Video below: State working to distribute more vaccinations to Coloradans over 70

In addition to its patients, the hospital system is also working to vaccinate community members who are currently eligible under state guidelines. People must sign up on their website and once they do they'll be selected at random and then contacted when it is their turn.

Centura Health said right now, based on the amount of vaccines they're receiving, they're focusing on current patients. When more doses are available, they plan to begin offering the vaccine to the larger community.

Salud Family Health Centers are working to vaccinate community members who are "hard to reach" according to Polis. They include immigrant communities, those who aren't part of a major health system.

Salud has 13 centers in 10 communities across the state and vaccinated nearly 5,000 people. Right now they're not taking walk-ins and appointments must be made online due to the large volume of calls they're receiving.

>>> Watch below: Lynn Luhnow said she has gone to every hospital website in the metro area, called her primary care provider, and asked for advice from friends, but still can’t find out how to schedule a vaccine. We asked her to take us on her journey.

On Tuesday, he said the state would be updating guidelines within the next few weeks to allow those over 65 to have access to the vaccine. The change would fall in line with new guidelines released by the Centers for Disease Control and Prevention.

Currently, the state is vaccinating members of Phases 1A and 1B under its prioritization guidelines.

Polis noted Tuesday that the state is typically notified Thursday or Friday but sometimes as late as Sunday about the amount of vaccine doses they'll get the following week through Operation Warp Speed. He said that makes it difficult for planning and coordinating distribution.

"We only get a few days to determine each week which providers the vaccine goes to and how many each provider receives," Polis said.

Right now the vaccines received by Colorado is distributed in the following ways:

Polis said it will still be a few more months until high-risk populations reach the levels of immunization that could allow for an easing of social distancing and mask guidelines.

Vaccinations are underway at long-term care facilities through a federal partnership with CVS and Walgreens.