The first five of 25 winners of the $50,000 scholarships were announced on Thursday morning. 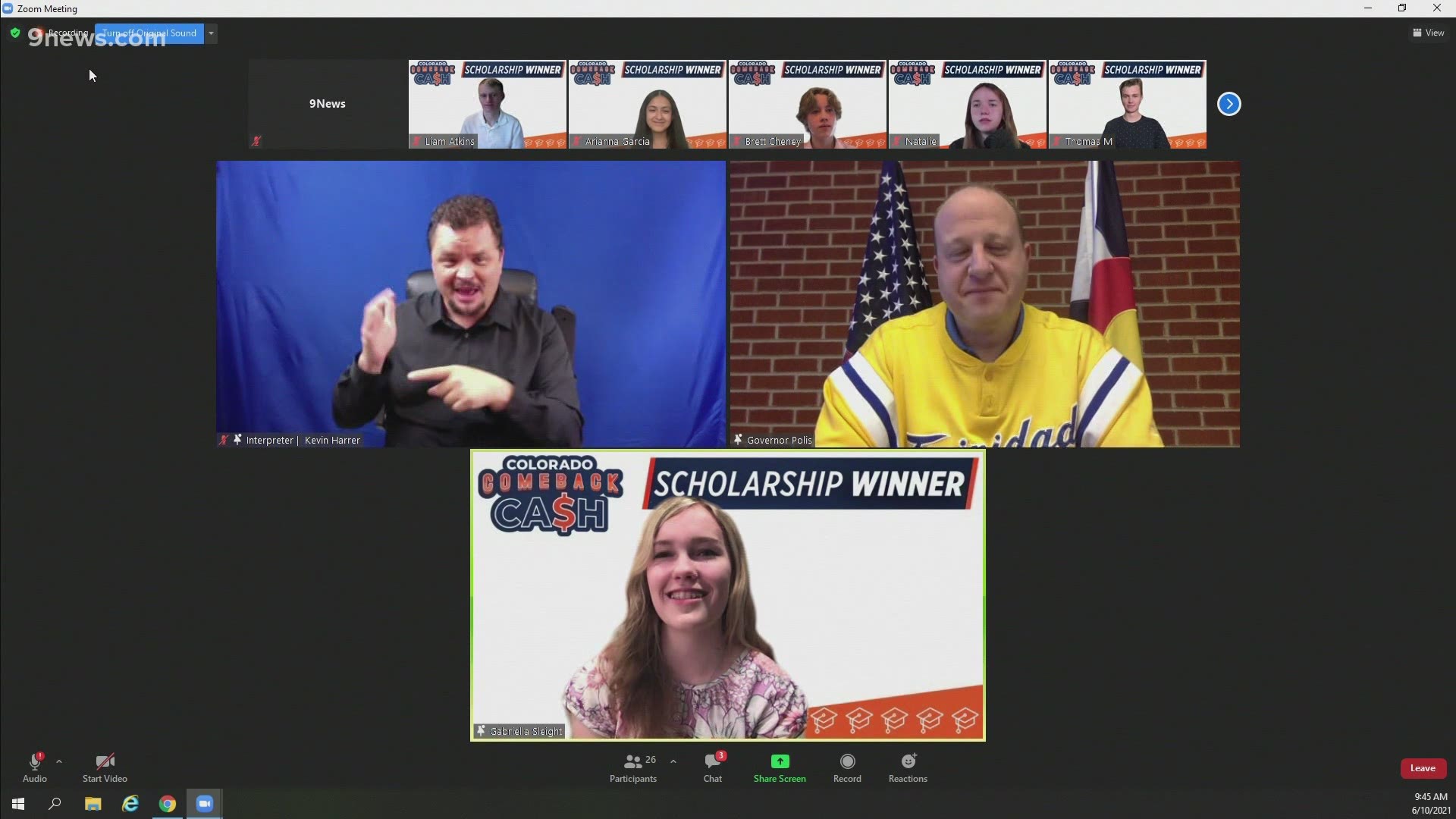 Well, six were announced, but only five are receiving scholarships.

Each of the five winners will receive a $50,000 scholarship as part of a public health initiative to increase COVID-19 vaccination rates. This particular program is geared toward youth between the ages of 12 and 17.

The five winners, who were introduced during the announcement, were: 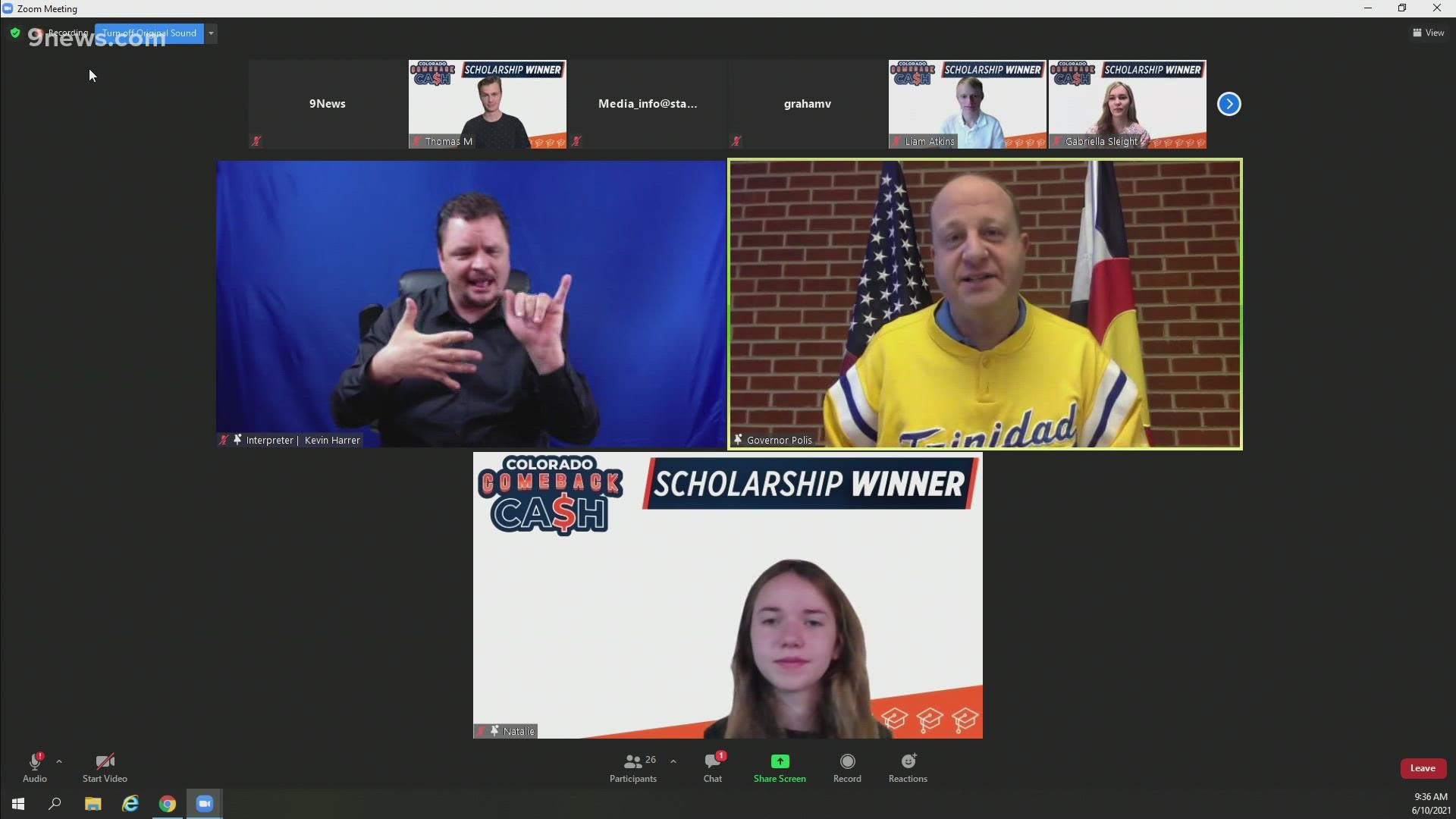 RELATED: Governor announces sweepstakes for 25 $50,000 scholarships for children 12-17 who get the COVID vaccine

Gov. Jared Polis (D) said Thomas Morse from Steamboat Springs, who goes by Toby, was one of the original winners. He graduated this year but turned down his scholarship because he already has a full ride to Clarkson University in New York. That allowed the scholarship to be awarded to someone else.

"It feels good, but I would like to think that anybody in my situation would do the same," said Morse.

After his academic scholarship to Clarkson, the remainder of Morse's college is covered by pre-planning from his grandparents.

"I'm really fortunate to be in the position that I am. It was kind of a no-brainer for me to hand it off to someone else," said Morse.

The state did not reveal which of the other five winners was the alternate, and Morse and his mom, Meg, don't know either.

"No, the only thing we heard was just that when they reached out to the person, they had the reaction they were hoping for, which was, 'this makes it really possible. This was something that now made this much easier for me to contemplate the college process,'" said Meg Morse.

Toby Morse did not get the vaccine because of the contest. Incentivizing people to get vaccinated is one reason the contest exists.

"I was always planning on getting vaccinated as soon as I could, and I feel like it's really, really important to help protect my family and the community," said Toby Morse. 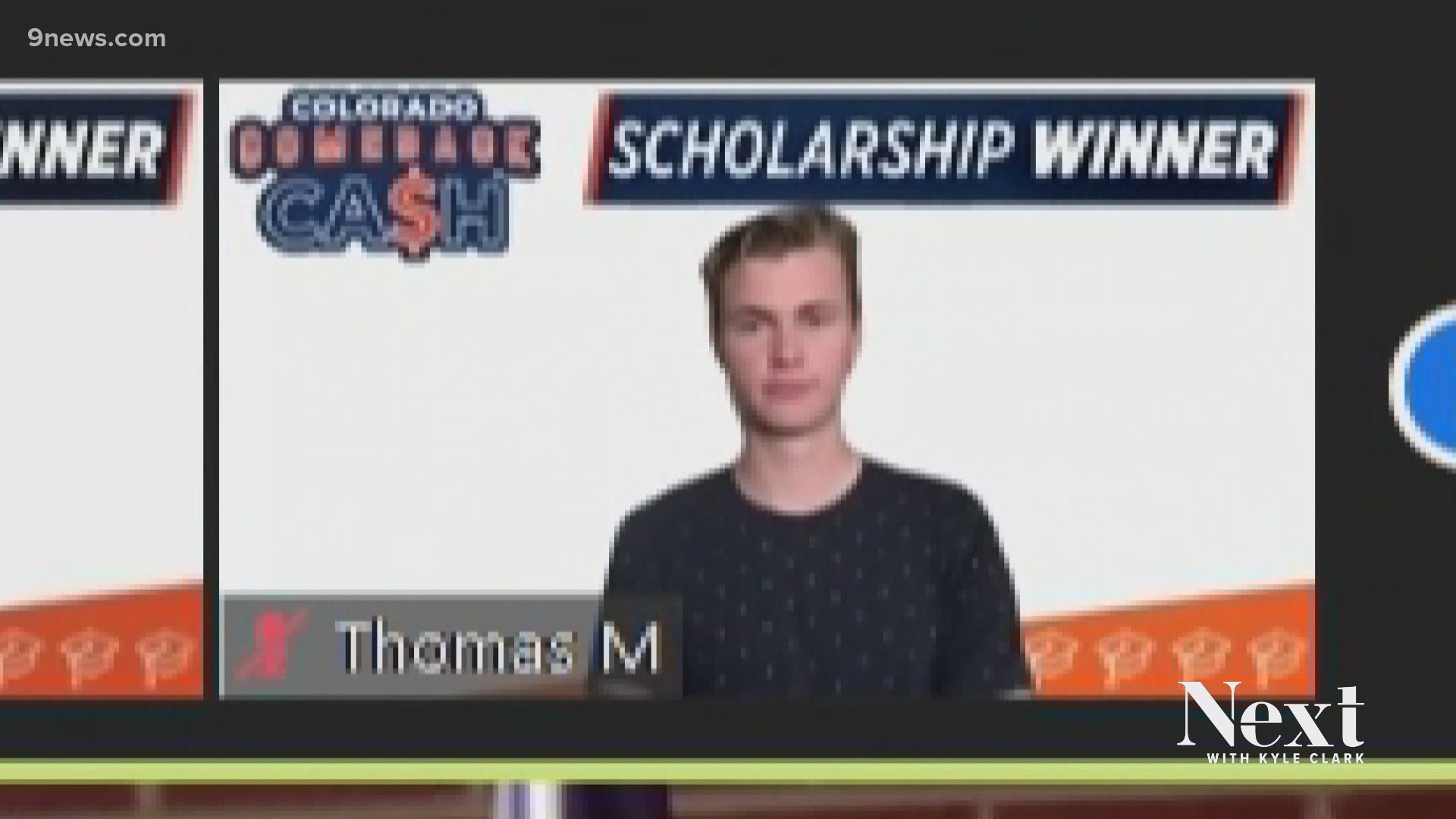 Polis and Dr. Angie Paccione, Executive Director of the Colorado Department of Higher Education, announced the winners together. More announcements will come in the future.

"These scholarships will help 25 lucky winners get the postsecondary education of their choice,” said Polis when announcing the program. “We need each and every Coloradan to be part of this once-in-a-generation effort to power the Colorado Comeback and the first step is getting vaccinated.”

Drawings for the Comeback Cash Scholarship will occur on Mondays and winners will be announced later in the week.

There will be four more announcements of the 20 remaining winners on June 17, June 24, July 1 and July 8.

The funds will be placed in a CollegeInvest account for the student to use when they pursue postsecondary education, including higher and technical education or credential programs. The funds can be left in the interest-bearing account for future educational use.

An incentive program for those 18 and older who have received at least one dose offers several chances to win a $1 million cash prize.

The first $1 million winner was Sally Sliger from Mead. The scholarship winners included four from the Denver Metro Area, one from Mesa County and Toby Morse in Steamboat Springs.

"As the governor said, it is totally randomized," said Toby Morse. "Though, there may be a higher density population in the metropolitan area, there is still as good a chance as any to get it if you're out of Denver or the Denver area. I got it. Someone in Mesa County got it. Anyone who gets vaccinated can get it."