What is going on with the Walgreens online vaccine appointment system?

Some Coloradans have no problem scheduling appointments. Others cannot book anything at all. Then there are those who got one appointment, but cannot get a second. 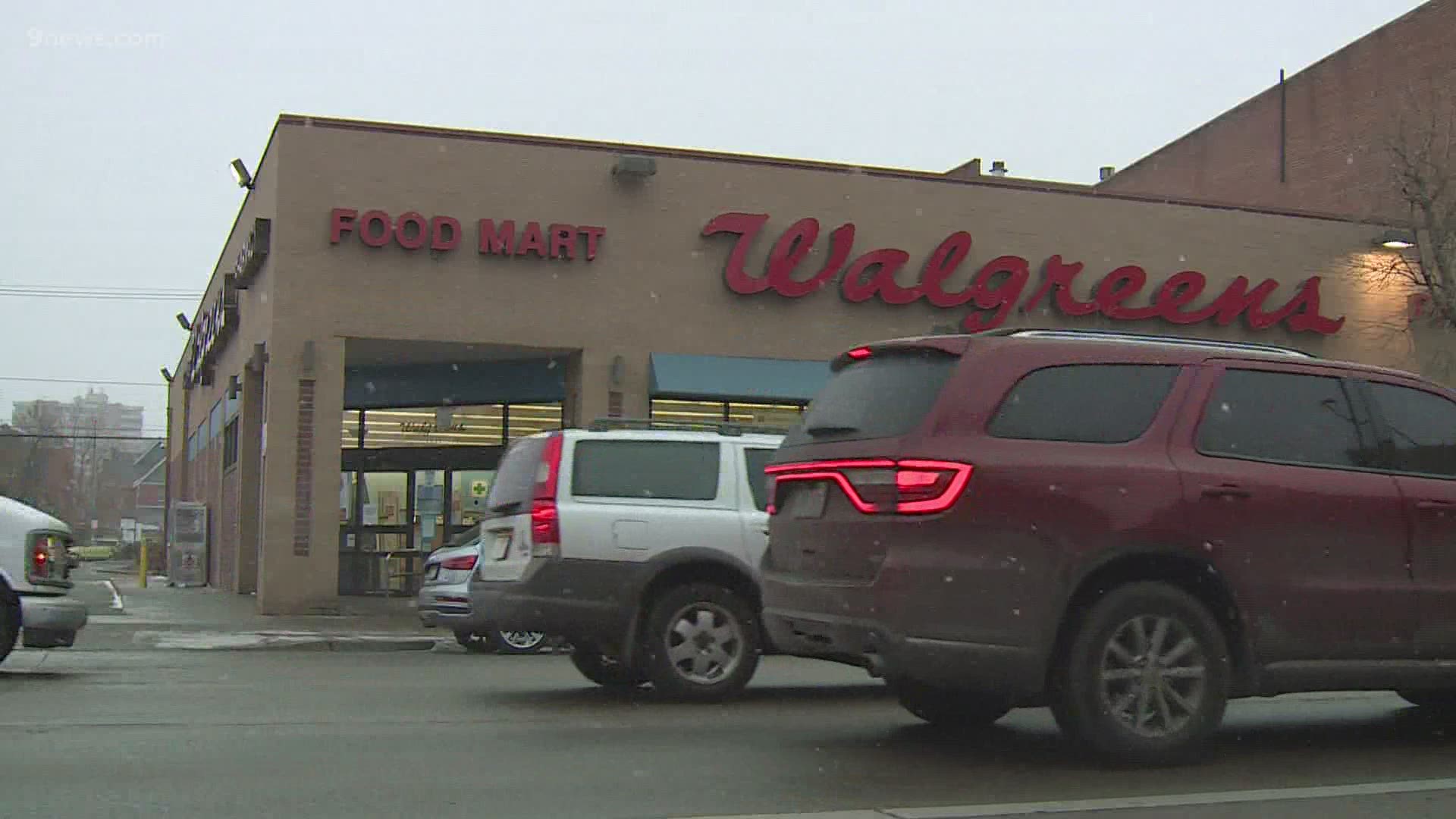 COLORADO, USA — “Temporary glitches” in the Walgreens online vaccine scheduling system have caused problems as people try to secure a spot, according to a corporate spokesperson; however, differing online experiences make the real problem hard to pin down.

Her 66-year-old father got his first vaccine dose at a Walgreens store in Aurora on Monday, but she said he's now is unable to secure an appointment for his second shot.

Kiernan said her husband booked the first appointment on the Walgreens website last week, but they said there was not an option to schedule the second.

“I was so adamant to him," Kiernan said. "I said, ‘Don’t leave until you get your second appointment.’ And when he called me after and told me he didn’t [make the appointment], I was not surprised to be honest. My parents are Asian. They are very quiet, they are never going to make a fuss.”

The Kiernans said they called the store in Aurora, but were told they had to make appointments online.

The online system continues to show that appointments are booked.

“I was stressed before trying to get him the first appointment, and now I feel even more stressed,” Kiernan said. “He’s on this ticking timeline. Is he going to be able to get it? How is this going to affect him if he doesn’t get it in three weeks?”

In a statement from a Walgreens spokesperson, the company told 9NEWS that eligible individuals can now book both their first and second vaccine doses at the same time.

“As demand for vaccinations continues to be high, we are experiencing temporary glitches on our vaccine scheduler. We are working to resolve them as quickly as possible, often times in as little as one hour. We are committed to ensuring a seamless scheduling experience to achieve the shared goal of vaccinating our most vulnerable populations as quickly as possible. While it’s important to recognize that vaccine inventory remains extremely limited and available only in select stores at this time, we are committed to continuing to improve our scheduler to support a seamless experience for customers.”

The company cited “temporary” website glitches, but the Kiernans said they have not been able to secure a spot for days.

So is the problem a glitch, or a supply issue? Walgreens has not responded to that question.

People with similar complaints have posted on the Facebook group Colorado Vaccine Hunters.

“I can never seem to get through... always get a 'service unavailable' when trying to book 'first and second dose', even after it says 'appointments available in your area'. Don't know what I'm doing wrong,” one person wrote.

Another posted, “This was happening to my mother in law yesterday. Today she isn’t getting that error. No clue why.”

One person wrote that they were able to book their first and second doses at the same time on Wednesday, but had to change the location of her second dose to a store much farther away from her home.

“I am counting on Walgreens to reschedule our second dose when we get our first dose," the poster wrote. "Otherwise, we will be driving to Sterling from Lakewood.”

The Kiernans said they also tried scheduling an appointment for their father at other locations across Colorado to no avail.

Now, they are left continuing to wonder about what all this confusion means.

“As long as we get him the second dose then that’s all we really want,” Liam Kiernan said.

9NEWS asked Walgreens to give people like the Kiernans some specific advice.

We are waiting to hear back, but the company’s Twitter responses to their customers in similar situations imply that they just need to keep trying.