The incident happened at a King Soopers store after the woman ignored requests to put a mask on, Parker Police said. 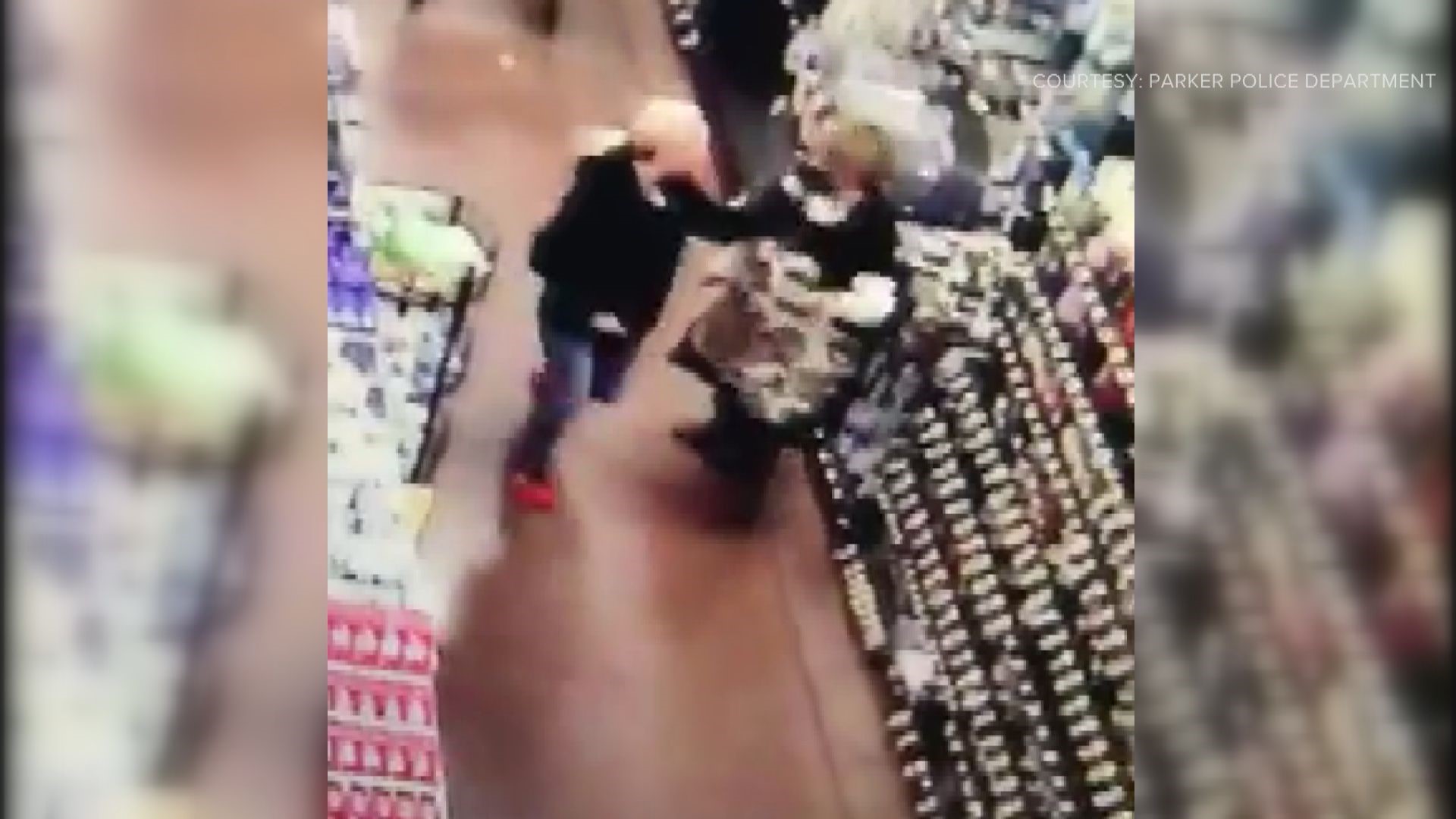 PARKER, Colo. — The Parker Police Department (PPD) released a short video taken inside a King Soopers store that shows a confrontation between a customer and an employee over the customer's refusal to wear a mask.

The incident happened just before 6 p.m. on Feb. 3 at the Cottonwood King Soopers, located at 17761 Cottonwood Dr., which is along South Parker Road just north of the E-470 interchange.

A Facebook post from PPD says the employee asked the woman several times to wear a mask, which is required under a statewide public health order due to COVID-19. Just last week, Gov. Jared Polis extended the mandate on masks for an additional 30 days.

The woman refused to comply, according to the post, and is then seen in the video above walking toward the employee and slapping her in the face. The woman then left the store, according to police.

Police have not identified the woman and are asking anyone who might recognize her to contact officer Berry at btberry@parkeronline.org.

Last August, a man was arrested in Golden after security video showed him confronting a bartender and shoving him to the ground. At the time, the owner of the Golden Moon Speakeasy said the man walked in without a mask and wanted to be seated. The confrontation happened when an employee told the man needed a mask in order to be seated.