What happens when Colorado reopens and the rent is due?

Gov. Polis has said he doesn't have the authority to order a rent freeze, but what about evictions? 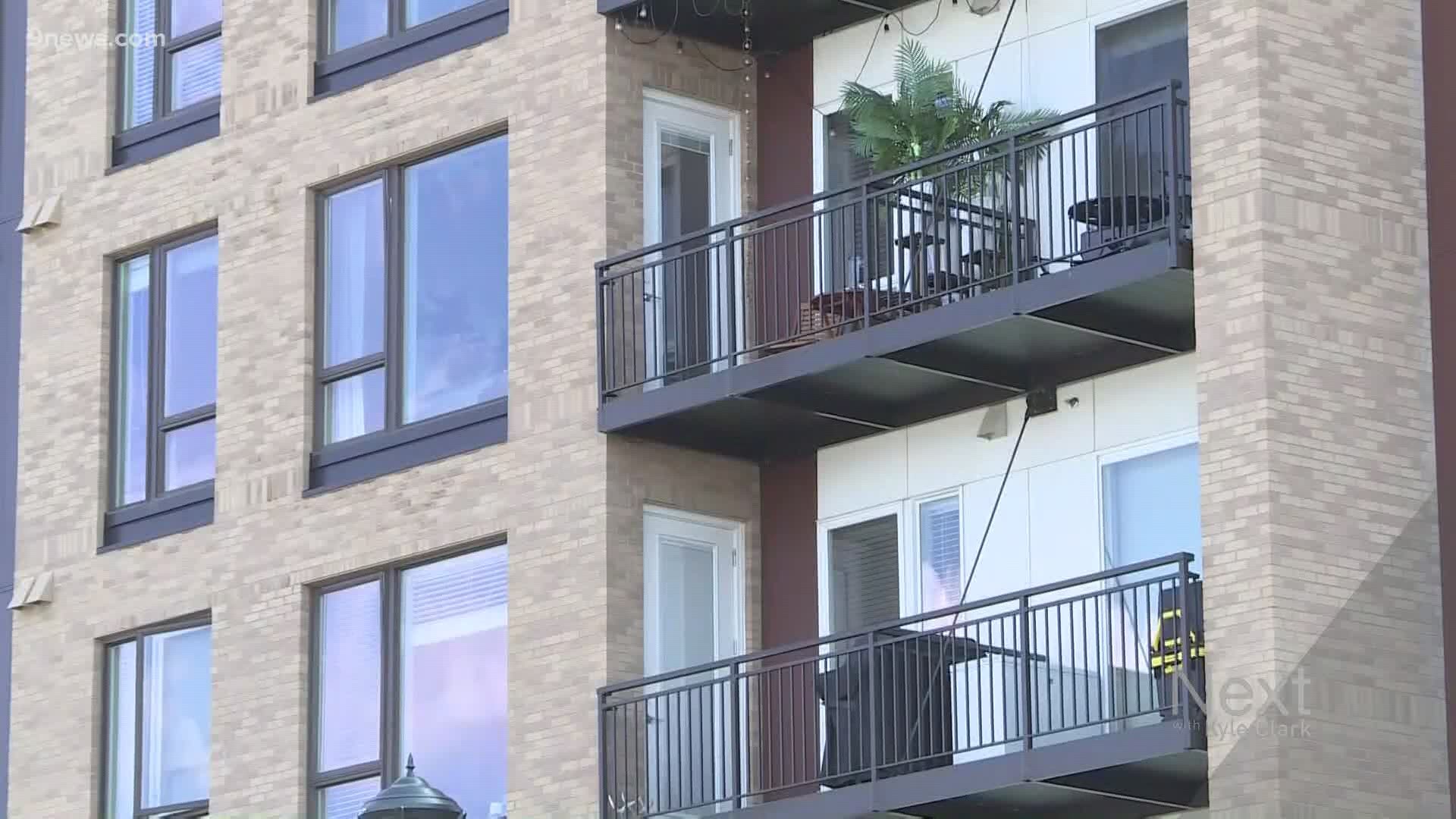 CENTENNIAL, Colo. — As the first of the month approaches, many Coloradans who’ve lost work or hours amid the COVID-19 pandemic are worried about making their monthly rent payment.

Gov. Jared Polis, D-Colorado, in March and April, promised Coloradans they wouldn’t be evicted for non-payment of rent due to COVID-19, saying most courts had delayed hearings and law enforcement weren’t carrying our evictions. He signed an executive order directing government leaders to work with property owners to avoid evictions.

But he won’t go as far as saying he’d halt evictions statewide as other governors in states like Florida and Michigan have.

“It’s the best, most effective, most direct way to provide relief for families who are struggling with anxiety around evictions,” said attorney Zach Neumann, the head of the COVID-19 Eviction Defense Project, a team of volunteer attorneys offering pro-bono work on what they expect to be a wave of evictions when courts begin to reopen.

Neumann said, for now, tenants have to keep track of individual moratoria in jurisdictions, which leads to anxiety and confusion. The court system has left it up to individual districts to decide when to reopen to hear cases.

“I think a statewide eviction moratorium would go a long way in just alleviating some of this confusion… and making it simpler for people to navigate these transactions and the conversations with their landlord,” he said.

While Polis has avoided the suggestion of a state moratorium, in April, he resisted a call from Denver’s city council to enact a statewide freeze on rent. He told reporters at the time he did not have the legal authority to suspend rent, as his power did not supersede individual contract law.

Polis might not have the authority to cancel rent payments for Coloradans, according to Craig Konnoth, a University of Colorado health and law professor.

“He does have the power to call a halt to evictions statewide,” Konnoth said, pointing to the power in the state’s emergency declaration.

“The question has been punted over to the courts,” he said.

RELATED: Dozens drive through Denver to ask for help with rent during pandemic

Both Konnoth and Neumann said they had heard of eviction cases heard during the statewide shutdown in April. Neumann said he represented a client in a case in Montrose.

Neumann’s group has presented data projecting approximately 460,000 Coloradans could be in danger of eviction because of COVID-19 before the end of the year without further federal and state intervention. The projection combines data from Princeton University’s Eviction Lab and the Bureau of Labor Statistics.

“It is April 28th – we are just scratching the surface of this crisis,” he said.

But landlords insist they are working with tenants to help them make their monthly payments.

“Right now, nobody that we’re aware of is moving forward with evictions,” said Michelle Lyng, spokeswoman for the Colorado Apartment Association.

According to Lyng, landlords within that organization reported 9.2% of their tenants have not paid April rent. Three percent have approached their landlord to consider a payment plan.

“Residents are our customers – we all win when people can stay in their homes,” Lyng said. “I think our interests are actually aligned with residents.”

Lyng said the suggested payment plan requests half of the rent payment up front and spreads the remaining half of the payment over the next four to six months.

“It seems to me that those conversations are already happening and we’re encouraging them to happen now,” she said.

Her association has partnered with a group called Resident Relief Foundation to raise money for tenants who need housing help. The Colorado Apartment Association has vowed to match up to $25,000 donated by its members.

Residents could apply for that aid, or work with other organizations to secure the rest of their rent, Lyng said. In April, Polis also reallocated $3 million for housing assistance because of the crisis.

This week many tenants frustrated with their landlords posted copies of the notices left on their doors for non-payment of April’s rent. A growing Facebook group of tenants called the Colorado Rent Strike has posted similar images.

Lyng said those demand notices should not be confused with eviction notices, as they are only an early step in the process.

“Those demand notices actually serve a purpose,” she said. “And that purpose is for residents to take those demand notices to non-profits to other aide organizations and say I’m at risk of not being able to pay my rent or being evicted.”

Tuesday, Polis' office said the governor is considering more actions as we go into May:

“The Governor initially took some of the strongest steps of any Governor in the nation on using his legal authority to help renters in this crisis, and he is evaluating how to do even more. The Governor has issued an executive order directing DOLA to work with property owners and landlords to avoid removing or executing eviction procedures against tenants or mobile homeowners without cause or as a result of late or nonpayment of rent, and directed law enforcement to not evict during this time. He has also worked closely with utilities to prevent shutoffs for late or non-payment, and made $3 million available through DOLA for rent support for hardworking people struggling to keep up with their bills. The Governor plans on extending his executive order and is reviewing potential further action n the coming days and has been strongly encouraging landlords and financial institutions not to proceed with evictions, and will continue doing so as Colorado moves into Safer at Home, doing what he can within his power to prevent evictions from happening including not allowing state resources to be used for that purpose.”