When coronavirus spreads in Pitkin County, these people find out where

Pitkin County is slowly unrolling its plan to return to a new normal as cases of coronavirus slow.

“You're trying to identify who could have gotten something from where,” he said. “And that really gets into that case investigation and that detective type of work.”

Dahl is no stranger to that kind of investigating because part of his day job is trying to pinpoint sources of food poisoning.

“You're looking at a source of food that would have made people sick,” he said. “And then basically doing some tracing and contacting people that might have eaten that food and letting them know about that to see if they're sick, or if they have symptoms.”

In early March, the first case of coronavirus showed up in Pitkin County, and Dahl had to switch gears. Now he calls people who’ve tested positive for COVID-19 to figure out who they may have spread it to.

What Dahl does is called contact tracing. It’s one component of the county’s four-part “box it in” strategy to limit the future spread of coronavirus.

“Along with testing, this is where we identify people who are sick,” Dahl said. “And we make sure that those people aren’t able to get other people sick.”

When someone has symptoms of the novel coronavirus they go to their doctor and get a test. If it comes back positive, Dahl spots the result in a statewide database and gives them a call.

“We're looking at information on people they would have been in contact with,” he said. “Kind of in that two to three day period before they had symptoms, and then after they've had symptoms.”

Dahl then tells the person who tested positive to isolate until their symptoms go away. He’ll call them back three days later, and then again after seven days to check how they’re doing.

But Dahl’s job does not end with that first infected person. Next, he has questions about who was close to them and might have also picked up the virus.

Now, Dahl has a list of other people to call. These are people who were within six feet for more than ten minutes. That does not include people who might have passed a positive patient on a hike or stood next to them at the grocery store. For now, the county is only contacting people who are one degree of separation away from known positive cases.

Once he has a list of those contacts, Dahl cold-calls these people and asks them questions.

“You've been in contact with somebody who is a positive for COVID-19,” he said. “We want to check in with you, are you feeling sick, have you been sick?”

Whether or not they have symptoms, Dahl asks them to stay put, and play it safe. They might not have started showing symptoms yet, or they could be completely asymptomatic.

Pitkin County Manager Jon Peacock said the work Dahl and others do is so important because keeping the virus down starts with keeping known cases contained. Now that the county is relaxing stay-at-home orders, Peacock said this is a more direct way to keep them contained.

“You’ve gotta have a second strategy,” he said. “Which is how do you identify those quickly who are infected with the virus and get them isolated on an individual basis?”

The county has been adding to its contact tracing staff, which now has 19 people, and about half of them will work full time. Peacock plans to keep some of them in action for up to a year and a half, which is how long it might take to find an effective treatment or therapy. That effort could cost the county up to $1.5 million.

A staff of that size is actually more than enough for Pitkin County’s population of nearly 18,000. But Peacock said they also trace for visitors and second homeowners, and there could be a spike of infections.

“When you plan for all those other components, we should be planning to accommodate a population of probably around 39,000,” Peacock said.

The team now includes 14 recently-trained members. For new contact tracers, Dahl said it’s important to remember that the job is a science and an art. It’s partially data collection, but also requires conversations with people in a tough spot.

"The familiarity has really just helped me with not trying to read off of a script, but having a genuine conversation."

“Even though we have lists and scripts for everybody, I've been enough through that, that I think the familiarity has really just helped me with not trying to read off of a script, but having a genuine conversation,” Dahl said.

Case rates are low right now, but Dahl said he and the rest of the contact tracers are ready for whatever happens with this virus. 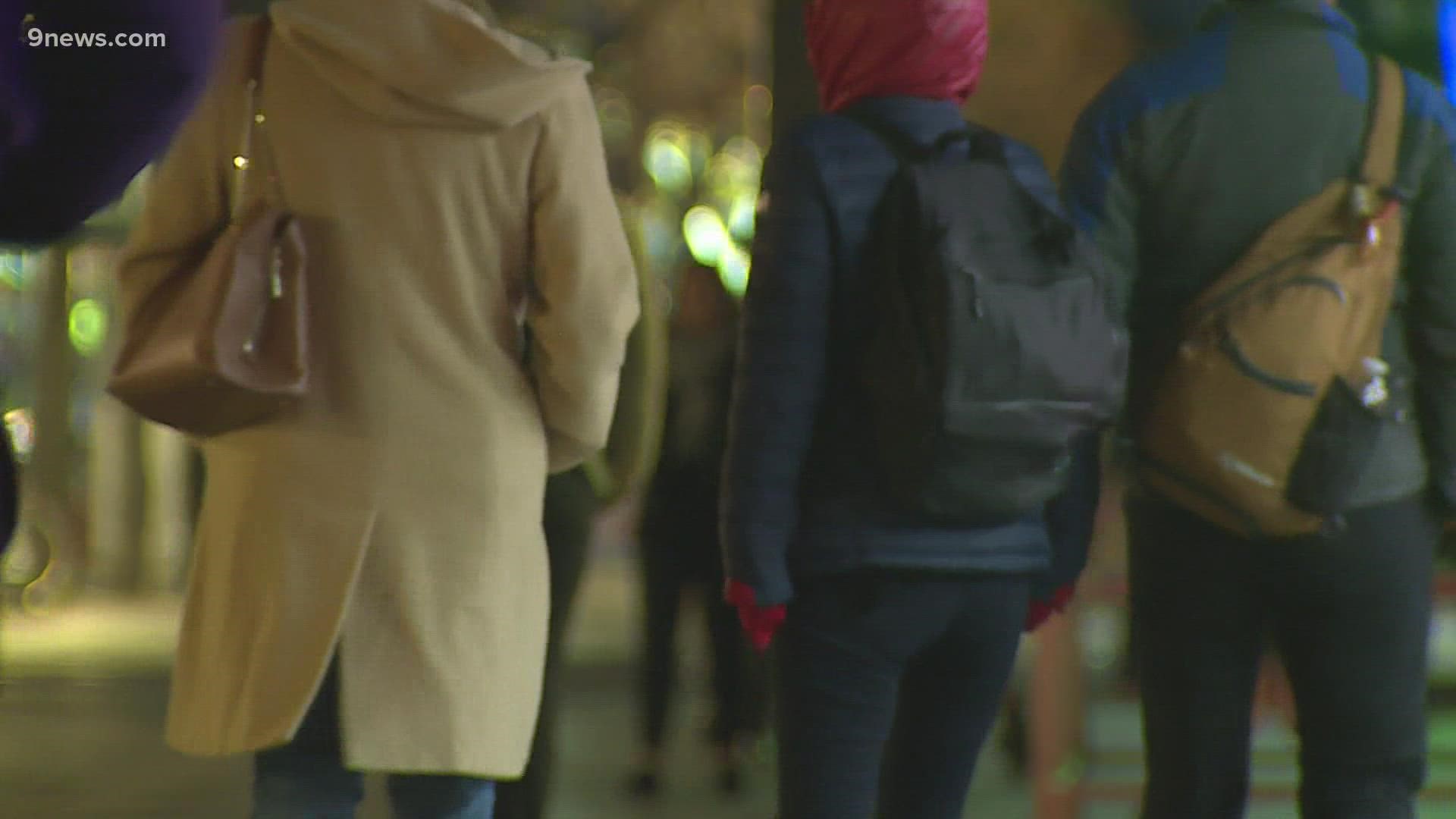