Dr. Fauci says its important to vaccinate as many people as quickly as possible to keep new variants from developing. 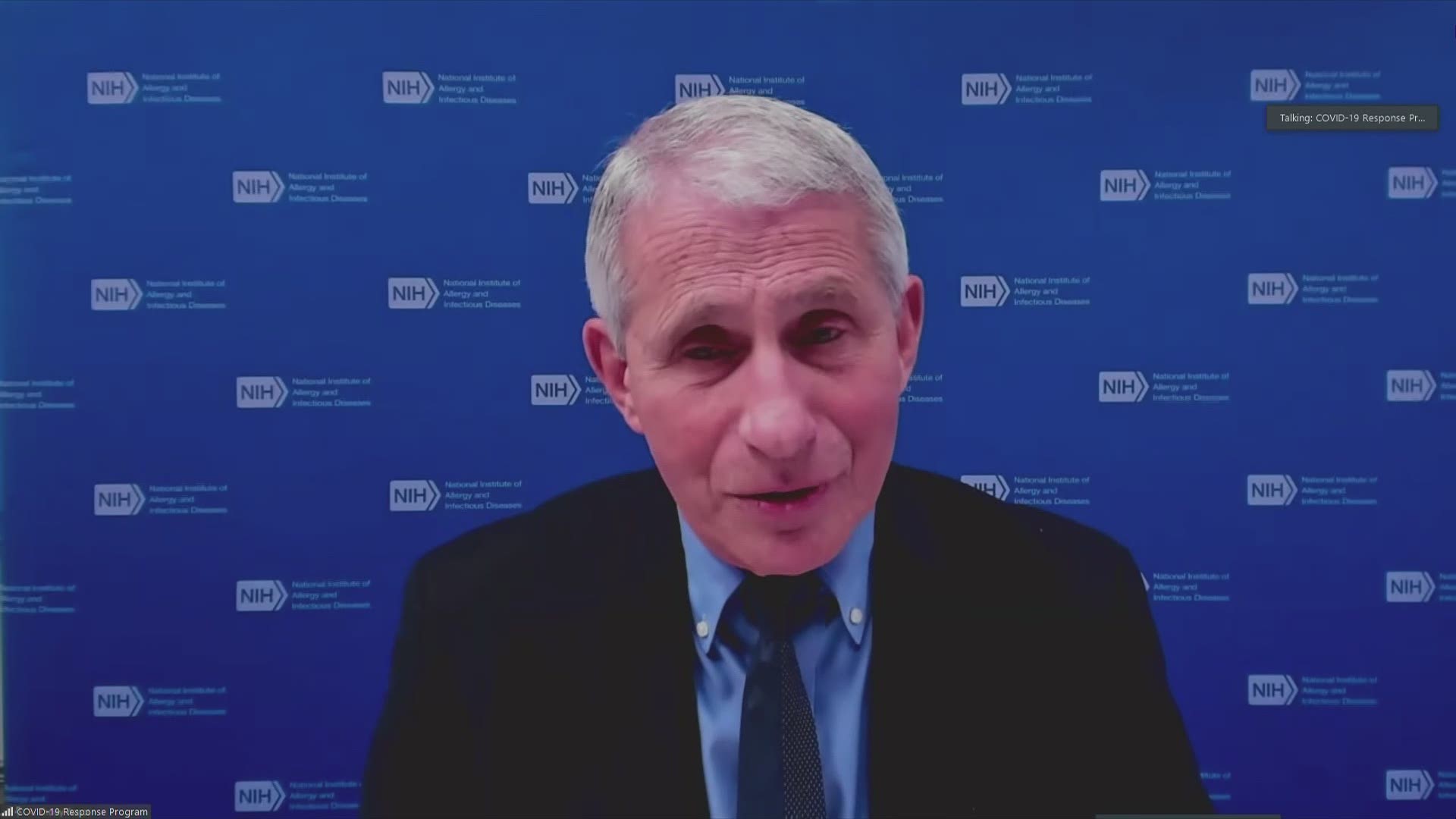 WASHINGTON — Dr. Anthony Fauci says the emergence and increasing spread of coronavirus mutations means that vaccine makers must be ready to make new shots to stay ahead of the public health crisis.

“This is a wake-up call to all of us,” Fauci said, noting government scientists will be working to keep pace with virus mutations.

The nature of viruses is to change in ways that promote their spread, Fauci says. The evolution of mutant versions means scientists need to be “nimble” and ready to make tweaks to vaccines. So far, the variants haven’t overwhelmed the protective power of vaccines.

Fauci says its important to vaccinate as many people as quickly as possible to keep new variants from developing.

Friday's briefing happened just a few hours after Johnson & Johnson announced its vaccine appears to protect against COVID-19 with just one shot. Results released Friday show the single-shot vaccine was 66% effective overall at preventing moderate to severe illness, and much more protective against the most serious symptoms.

The Biden administration has committed to holding regular COVID-19 briefings with health officials.

Hours before the briefing, the director of the Centers for Disease Control and Prevention, Dr. Rochelle Walensky, who started in her role this month, said that officials have “scaled up” their surveillance of new coronavirus variants in the United States.

RELATED: Why it's hard to make vaccines and boost supplies

She told ABC’s “Good Morning America” that previously “there has not been a public health infrastructure” to track such variants. Also, there weren’t resources to do “mass sequencing” of the virus across the country. She noted the coronavirus aid plan pushed by the Biden administration includes funds to improve such tracing.

However, Walensky says it was “concerning” the two South Carolina individuals who were diagnosed with the more virulent strain first identified in South Africa didn’t know each other or travel there, so the “presumption” is there’s “community spread of this strain.”

Credit: AP
Dr. Anthony Fauci, director of the National Institute of Allergy and Infectious Diseases, arrives for an event with President Joe Biden on the coronavirus in the State Dinning Room of the White House, Thursday, Jan. 21, 2021, in Washington. (AP Photo/Alex Brandon)