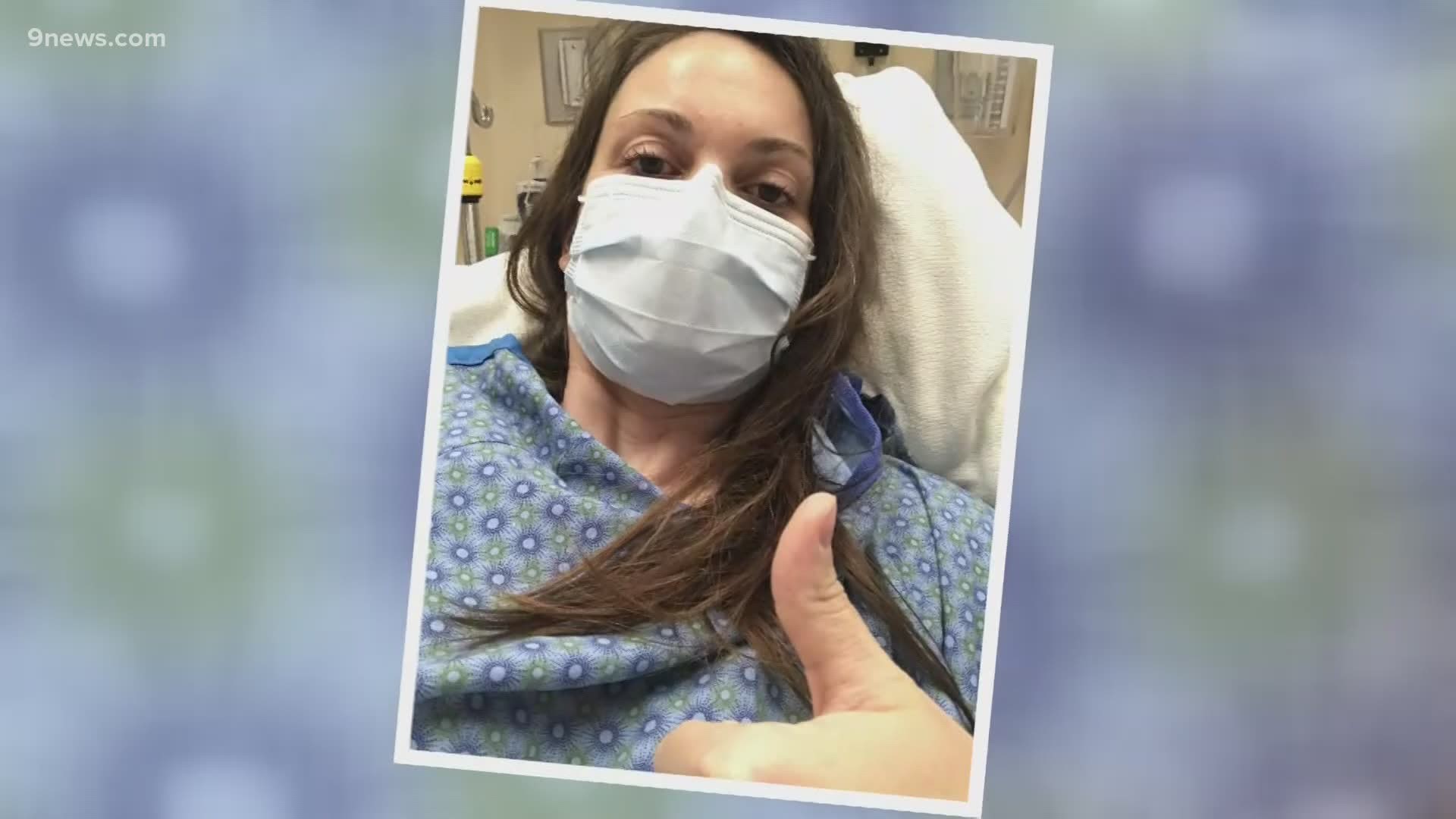 LAFAYETTE, Colo — A month 1/2 since her first time contracting the novel coronavirus, a woman in Lafayette found out she tested positive for COVID-19 — again.

Since then, Hart said her symptoms have "come and gone" and two consecutive negative coronavirus tests led her to believe she was out of the woods.

"Even though I was still having some symptoms, I was told that, you know, I’m not positive," Hart said.

But the persisting symptoms worried Hart enough to stop by an urgent care and ask for flu and strep tests. The results of both of those tests came back negative. So, Hart was given yet another nasal swab test.

On Wednesday morning, the antigen test showed Hart was carrying the virus.

"The physician assistant who owns the urgent care actually called me and just said she’s so sorry," Hart said. "She doesn’t know why I’m still positive, but I am."

Hart said during her first bout with the COVID-19, she never developed antibodies that could eventually fight off future infections. Doctors, like 9Health expert Dr. Payal Kohli, believe that could be why Hart was diagnosed a second time.

Hart said her body didn't develop either the IGM antibodies, which show the virus is still active, or the IGG antibodies that develop later on and allow health experts to know a person was once a carrier.

"With this woman not having mounted an antibody response, it is certainly possible that she developed a second infection or became reinfected," Kohli said.

Another possible reason is that there's a chance the virus can become dormant and "learn how to live alongside your cells," according to Kohli. It may then also be able to reactivate later in life, like chicken pox.

The third possible cause could be that a patient hasn't completely cleared all viral particles.

"This virus is just so new, and we just don’t have enough data," Kohli said. "I really like to call this virus 'the wildcard virus' because it’s done so many things that have surprised scientists on so many levels."

Hart has since been hospitalized again for observation and more tests.

"My hope right now is that it gets taken seriously and that we can find some answers soon," she said.

RELATED: Is it safe to stay in hotels as reopenings get underway?