One year after Miguel Rivera nearly died last from COVID-19, he wanted to personally thank the staff at North Suburban Medical Center that saved his life. 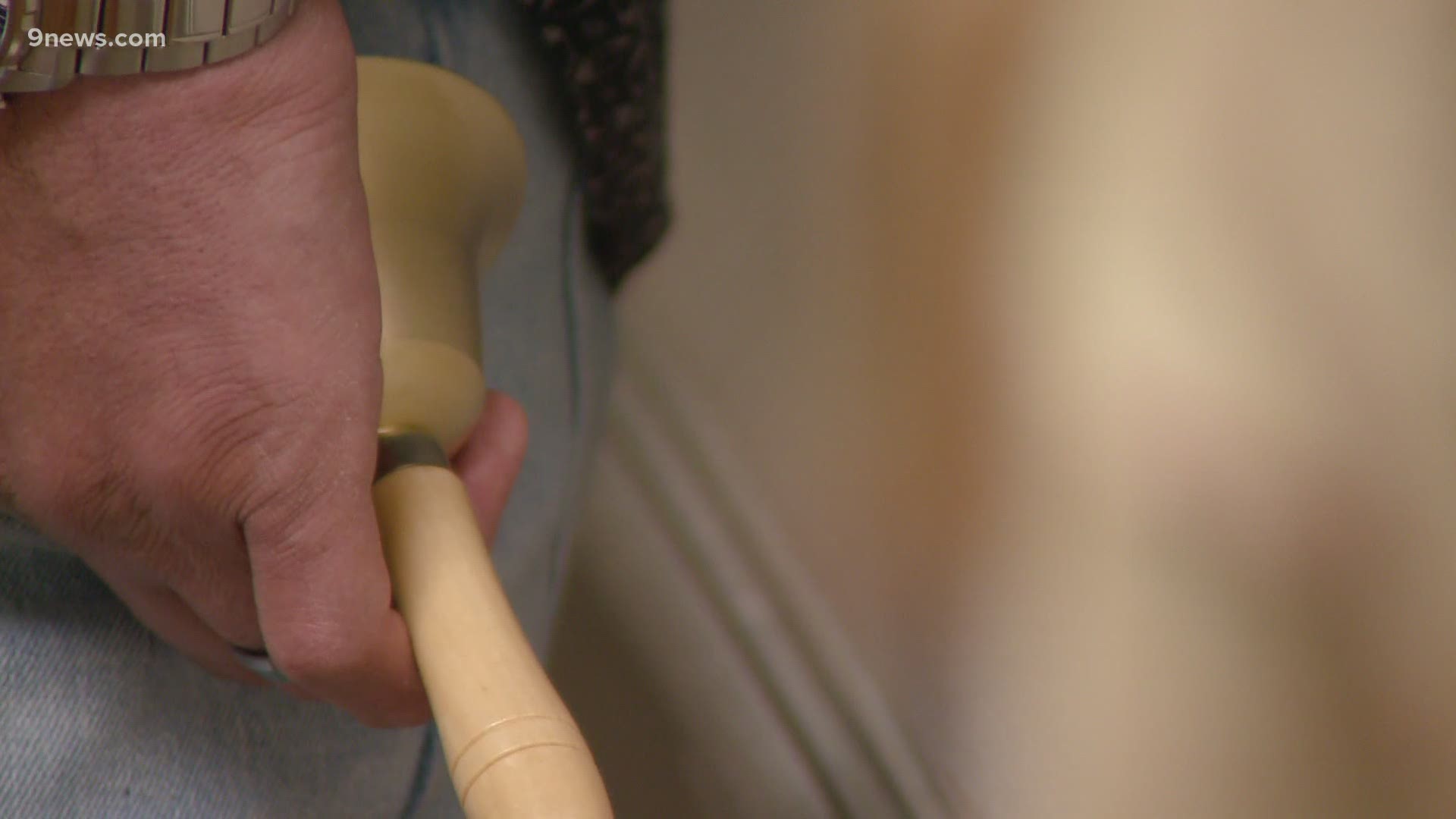 THORNTON, Colo. — Miguel Rivera was a little nervous on Thursday.

The 48-year-old from Thornton was walking into the hospital, North Suburban Medical Center.

It’s a place he got to know well last year. And now he was back inside.

“April 6 was my very first day in the hospital,” Rivera explained.

He was on his way to greet the staff that took care of him during that hospital stay.

On April 6, 2020, Rivera was admitted to North Suburban Medical Center with COVID-19. Very quickly, he was placed on a ventilator which he would need for five long weeks.

“There were some really scary moments, where we didn’t think he was going to make it at times,” said Rivera’s wife, Tamie.

But after those five weeks, Rivera turned a corner in his fight against COVID-19. In mid-May 2020, he was discharged from the hospital to continue his recovery at a rehabilitation center. On July 2, 2020, he finally got to return home.

Now, nearly one year after his diagnosis, Rivera is still dealing with some lingering effects of the virus, but he is stronger and healthier every day.

And on Thursday, he walked himself back into North Suburban to surprise the staff that saved his life nearly a year ago.

“I want to tell them face to face, how I appreciate them. And if it wasn’t for them, I wouldn’t be here talking to you right now.”

Rivera recorded a video that played for people on his care team while waiting quietly in a hallway nearby. When the video ended, Rivera began ringing a bell – a symbol at the hospital of a patient who has recovered from certain treatment. And he entered the room full of staff members, they cheered and applauded.

“I just wanted to tell you I love you from the bottom of my heart,” Rivera told the room of doctors, nurses, respiratory therapists, paramedics, and others.

“Thank you for not giving up on me. And it’s because of you guys I’m here for my family.”

Rivera is a husband, father of five and grandfather of seven. Some members of his family joined him Thursday to say thank you as well.

Tiffany Cunningham is a respiratory therapist at the hospital who treated Rivera during his stay.

RELATED: Stronger together: How Eagle County’s health care workers rose to the challenge of COVID-19

“It wasn’t just him," she said. "We had room after room after room of patients that sick. And he was this one sick patient and you thought he wasn’t going to make it. To see him now, doing so well, that’s what we're here for. That’s what I love to do. That work that makes you so happy, so excited, makes you cry… and now he’s doing so great. It puts a smile on your face.”