The measure raises the minimum age to buy tobacco, as well as adds licensing requirements and restrictions on where new stores can be built. 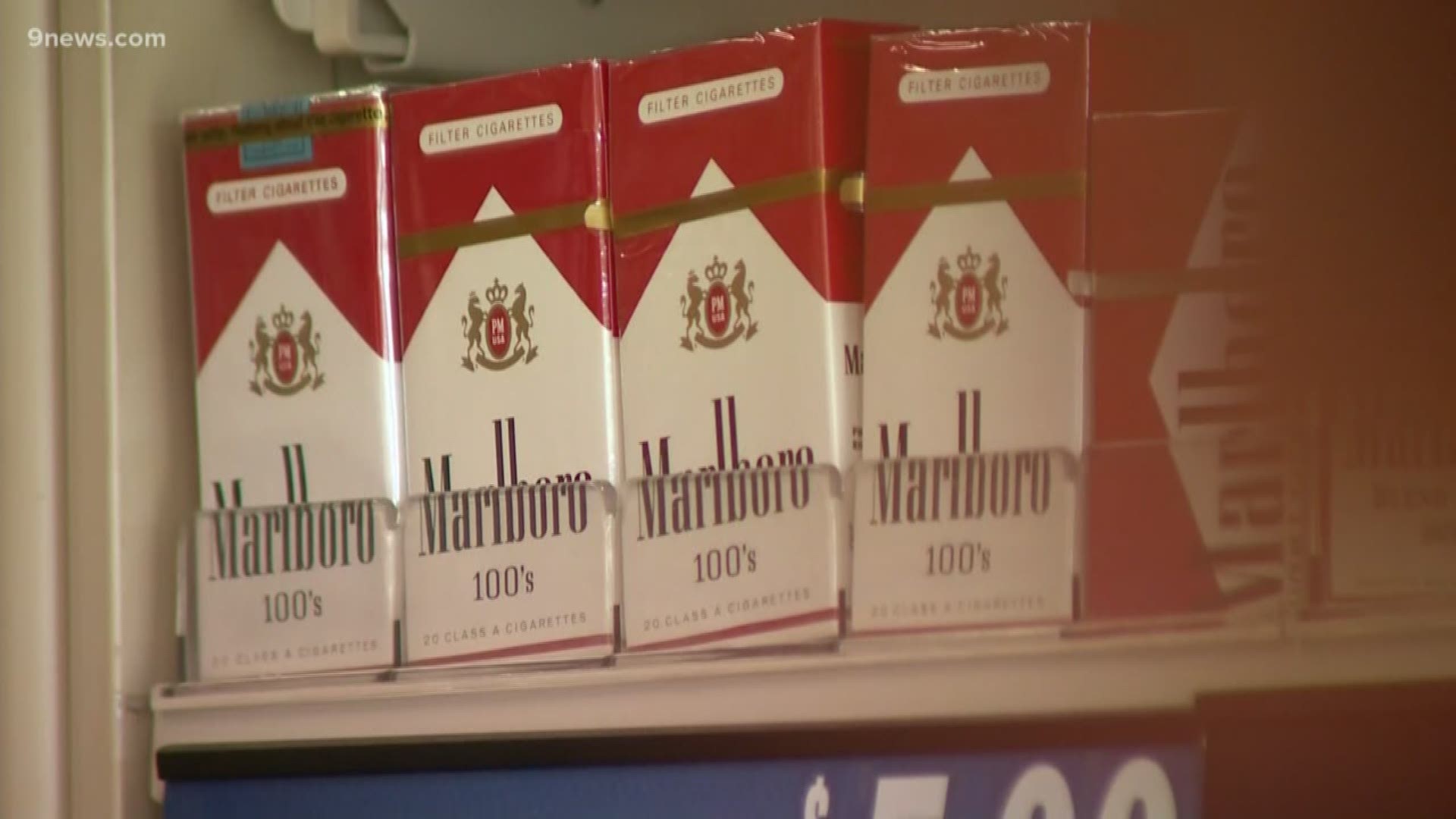 DENVER — Denver is the most recent city in the state to raise the minimum age to buy tobacco from 18 to 21.

Under the new regulations, stores will be required to apply for a license each year to continue selling the products. Stores can begin to apply for the licenses Jan. 1.

"You must have a license to operate in the City and County of Denver by Jan. 1, 2021," said Tristan Sanders with the Denver Department of Public Health and Environment.

There are also proximity restrictions that limit any new store that sells tobacco from being within 1,000 feet of schools or recreation centers. Stores that already exist but do not comply with that distance requirement can apply to be grandfathered in.

The measure covers all products containing nicotine, as well as “any electronic device that may be used to deliver nicotine to the person inhaling from the device.”

The new age requirement will take effect immediately, but retailers won't be formally cited for violations until more than three months later, according to our partners at Colorado Politics.

Currently, any store caught selling tobacco products to people who are underage faces a $250 fine. The second citation is a $500 fine as well as an order to suspend sales for up to 30 days. A fourth citation costs stores a suspension of one year.

The Denver Public Health Department said 23% of high school students in the city use tobacco products like cigarettes, vape pens and chew.

Seven states and about 440 cities and counties have already joined the “Tobacco 21” movement.

RELATED: Edgewater to raise age of tobacco purchases to 21

One of those cities is Edgewater. An ordinance went into effect in March that raised the minimum legal sale age for tobacco products there from 18 to 21.

Several other cities in Colorado have similar policies: Aspen, Avon, Basalt, and Carbondale.