The Eating Disorder Foundation saw a 1,030% increase in new monthly support group members since the beginning of the pandemic. 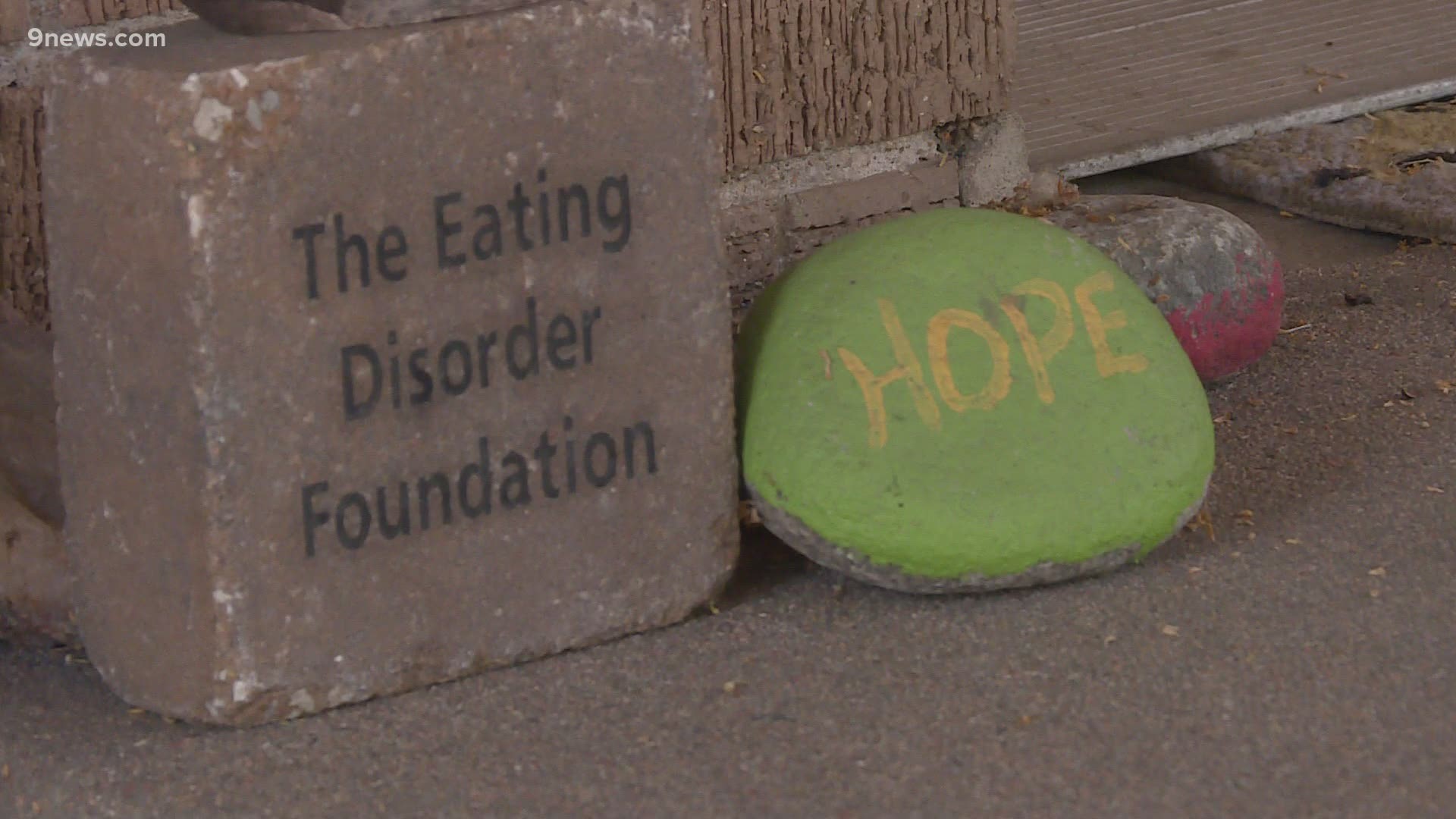 DENVER — The Eating Disorder Foundation in Denver grew to serve people across the country who are either struggling with an eating disorder or know someone who is. According to their executive director, Dani Gilady, the foundation serves people from all 50 states and more than 25 countries.

>Video above: A 9NEWS story about health experts seeing an increase in eating disorders among children.

Kelly Andrews,  a volunteer facilitator with the organization, said she noticed an influx of people participating in their virtual and in-person support groups over the last year. "I think the pandemic has created so much isolation for everyone, but for people with mental illness, particularly eating disorders, when the community is so important, that really feels like a loss," she said.

Andrews said support groups are meant to be an inclusive space where people can share their struggles with others navigating similar challenges. "For families that maybe have someone struggling with an eating disorder I would say the first thing is to ask how you can support them, that really looks different for everyone," said Andrews.

Support groups at the Eating Disorder Foundation are available for these suffering from this illness, as well as friends and family members who know someone who is. One woman who participates in virtual support groups, Jane, has a daughter who was struggling with an eating disorder. "The foundation is what helped me find the recovery center for my daughter which in my mind has helped me save her life," said Jane.

Jane realizes some families may be having trouble finding a treatment center, and encourages people to sign up, even if they're on a waitlist. In the meantime, she said support groups can still be considered a step forward. "It’s there to help you kind of help you bridge that gap until you can get into a facility that’s gonna help you, but stay involved and thank the community for being here and available," she said.

The foundation offers 17 free virtual support groups and one in person group. You can sign up here.