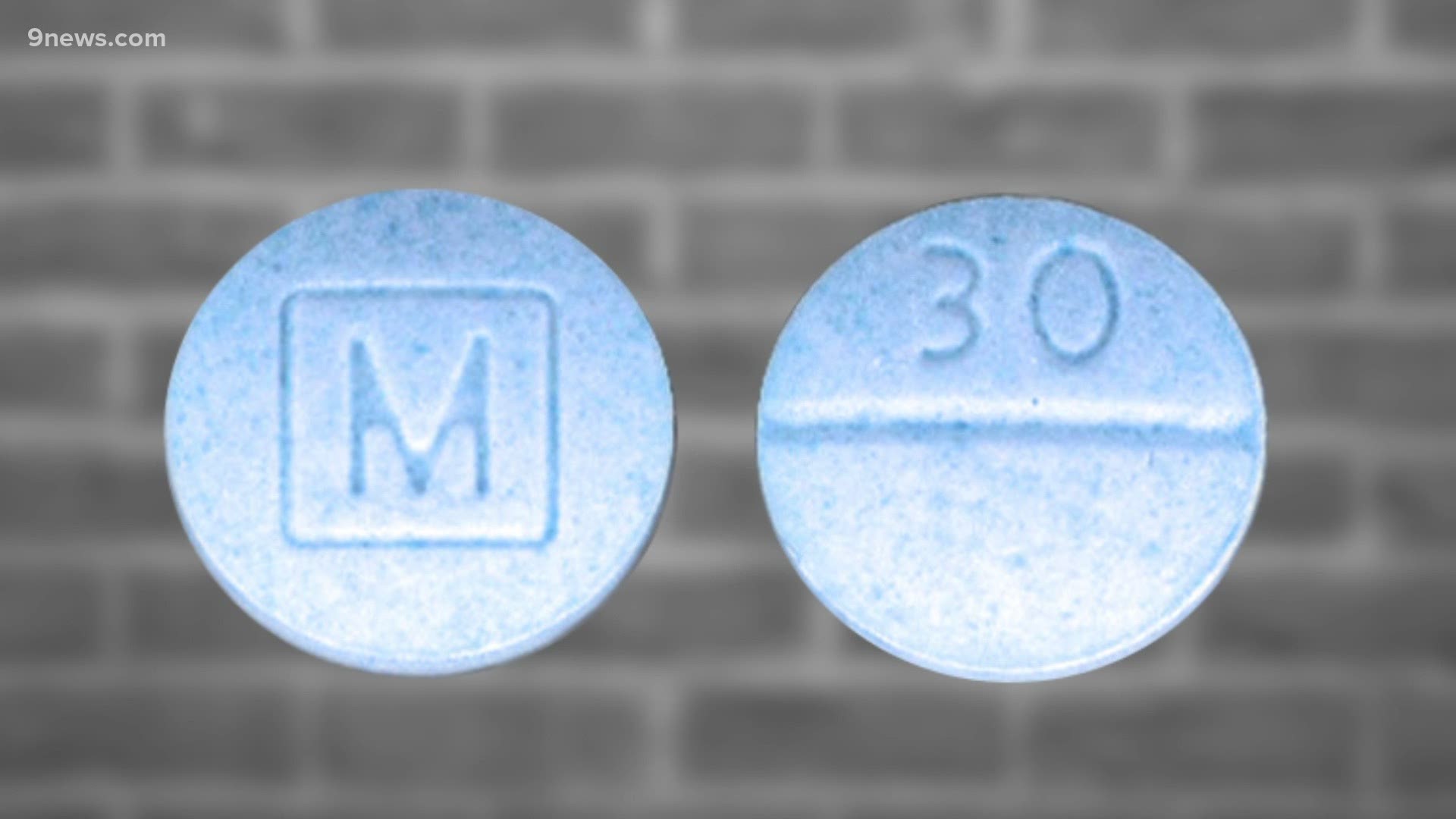 DENVER, Colorado — Fentanyl, a drug 50 to 100 times stronger than morphine, has claimed 169 lives in Colorado as of this report, putting the state on track to once again break a grim, yearly record.

In 2019, 214 people died of a fentanyl overdose in Colorado, more than double the number in 2018, as the drug becomes more prevalent in the state.

“When you're selling fentanyl, you're selling a time bomb,” said Lieutenant Andrew Howard of the Denver Police Department's (DPD) Vice and Drug Control Bureau. "It's only a matter of time before it's going to go off in that person's life."

Howard has been tracking down drug dealers for ten years in this city but said what he's seeing now is unprecedented.

“When we get a tip about someone selling fentanyl, it goes to the top of our queue,” he said of the drug frequently coming up Interstate 25 from Mexico and through the mail from China.

“Oftentimes when we talk to deceased family members or friends, they have no idea they were ingesting fentanyl,” he said.

A couple of milligrams of fentanyl can be lethal. Which makes this year's seizures so concerning.

DPD said they seized 3,065 grams this year, more than triple what the department found over the same time in 2019.

The availability has led to a 288% increase in fentanyl overdose deaths in Denver alone.

“We advise people to use a smaller amount of the drug and if they're injecting- to inject slower,” said Jean Finn, program manager for the substance misuse program at Denver Department of Public Health and Environment.

DDPHE is spreading the word about the spike, the fake pills and the treatment options out there.

Finn said treatment is available 24/7 at Denver Health. Users who want to start treatment can go into the emergency department and get started on buprenorphine.

Drug users and those close to users should also carry naloxone, the overdose reversal drug. It’s something pharmacies can give out without a prescription in Colorado to prevent deaths.

RELATED: What happens when naloxone expires

People can find out about naloxone and where to get it from the following:

Syringe services programs offer a host of services for people who use substances:

For the most recent information on these resources, including updated hours of operation during COVID-19, click here.