Like any parent grieving from the loss of a child, especially to suicide, they want answers about why such a tragedy happened. 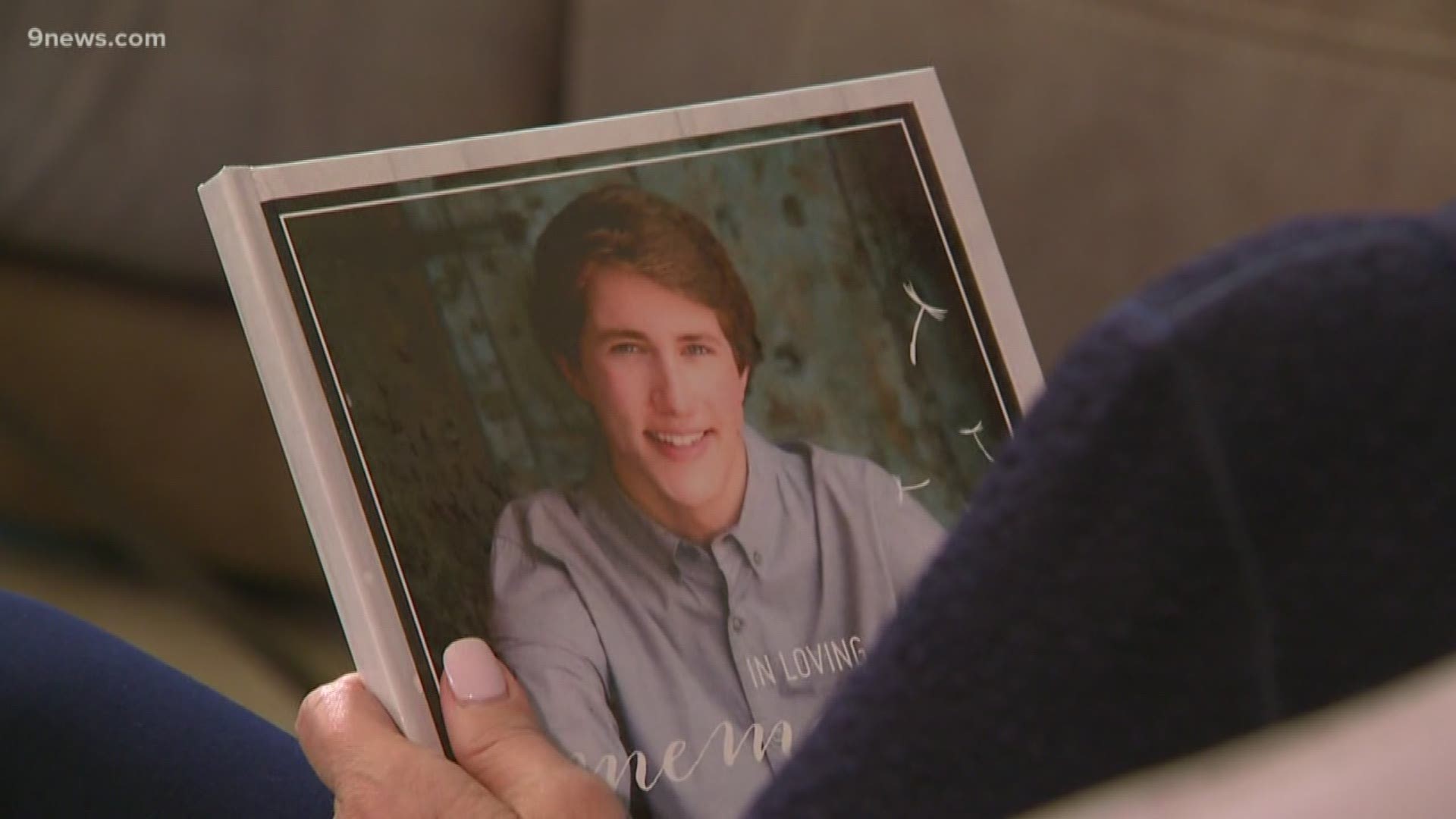 HIGHLANDS RANCH, Colo. — The pictures they flip through while sitting on the couch in their Highlands Ranch home are some of the last memories Laura and John Stack have of their son Johnny.

The photos of the young man with a big smile remind the couple of happier times before the 19-year-old took his own life. The Stacks said they knew Johnny Stack struggled with anxiety, but said it felt similar to that of other teenagers worried about school and their social lives.

Like any parent grieving from the loss of a child, especially to suicide, they want answers about why such a tragedy happened. Their focus continues to go back to a conversation they had with their son at a family dinner three nights before his death.

"He pointedly told us, ‘I want you to know you were right,’" Laura Stack said. "And I said, ‘About what?' He said, ‘About the marijuana. It ruined my brain and my life. And I’m sorry.’ And he told us he loved us and three days later he died."

The Stacks said since then, they have spent around 50 hours researching to understand how marijuana might have played a role in their son's death.

Johnny Stack's parents said he was dabbing, or smoking marijuana with higher concentrations of THC, since he was about 15 years old. They blame this on the reason he had schizophrenic episodes, including one that happened last year while he was studying at University of Northern Colorado.

"He started having extreme paranoia where he thought the FBI was after him," John Stack said. "We were able to get him some help. He went off pot for a period of time. Unfortunately, he would not take the anti-psychotic [medication] he needed and the psychosis never went away."

Kohli said studies from the National Institutes of Health have shown marijuana can negatively impact a young person's brain.

According to the United States Department of Health and Human Services' website, research on marijuana use and its long-term effects on the human brain have shown mixed results. Still, a fair amount of research shows marijuana can have negative effects for adolescents including changes to the brain's structure (including size and how areas are connected), lower quality of brain connections and less blood flow to parts of the brain.

RELATED: A brain injury changed everything for this couple. Recovery meant relearning everything—including their love for one another.

Kohli said marijuana has also been linked with psychiatric illnesses.

Experts said further research is needed to get a clearer picture of the relationship between marijuana and psychiatric illnesses. One thing researchers continue to look into is if symptoms lead people to use marijuana as a way to cope or vice versa.

RELATED: How to talk to your teen about suicide

Laura and John Stack said they'll eagerly await those results. Since they can't bring their son back, they'll use his tragedy to save others.

"Hopefully by sharing this story, we can keep this from happening to someone else," Laura Stack said.

Kohli said if parents have a teen using any substance, they should question other risk factors for mental illness. She said substance abuse often correlates very closely with depression.

Using this link, you can find the community mental health center nearest to you. All of the centers accept Medicaid and most have sliding payment options for those who do not have insurance.

Find meetings throughout Colorado as well as information about the program and other services and events put on by AA.

Center for Dependency, Addiction and Rehabilitation

The Substance Abuse Treatment, Education and Prevention Program was established specifically to help teens and young adults from 11 to 24 years of age. It offers a 12-week outpatient program on the campus of Denver Health and in several Denver Public Schools.