State health officials are currently investigating if a Colorado man's death could be related to vaping. 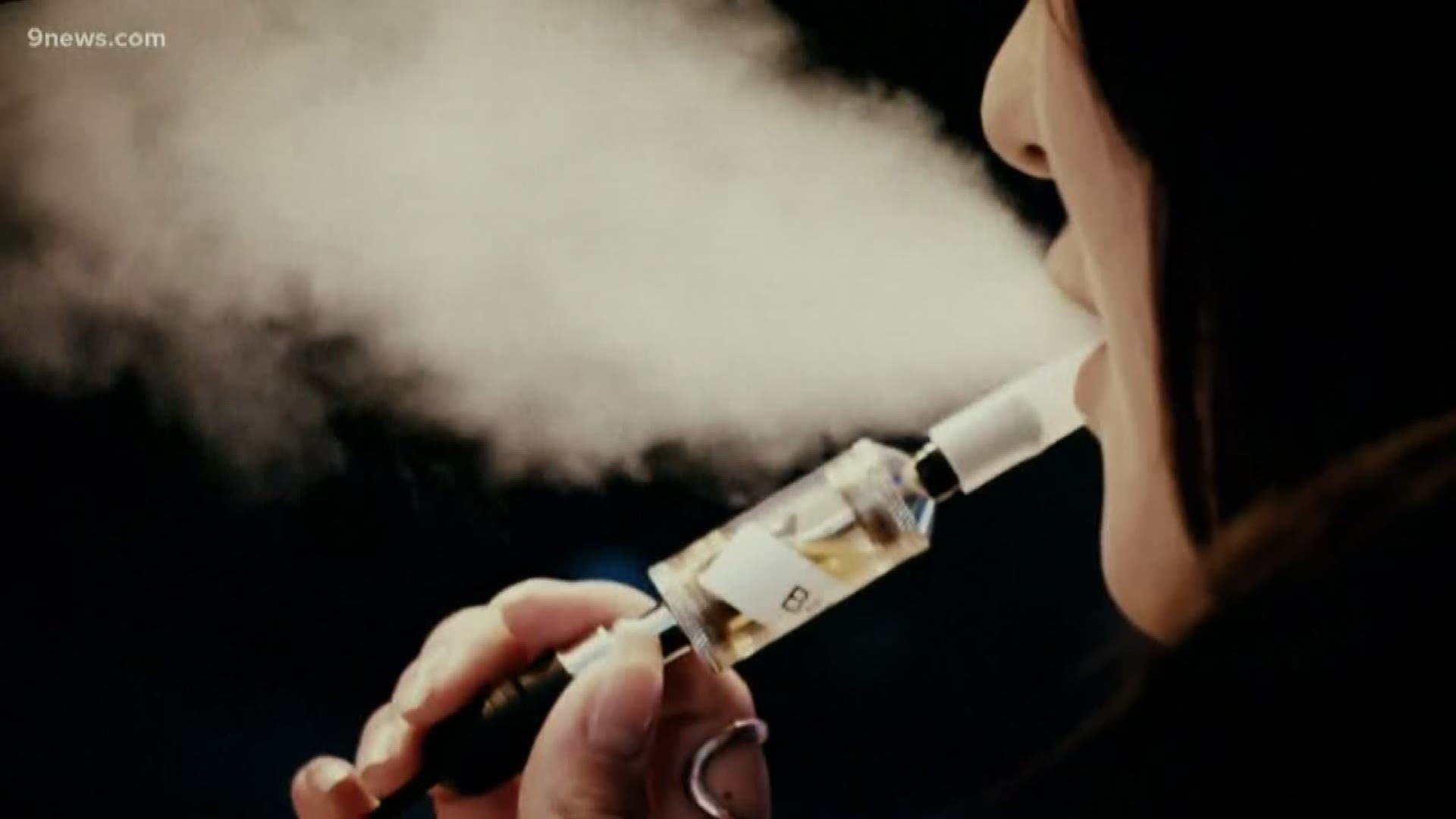 COLORADO, USA — They know the symptoms, but doctors and scientists are still trying to determine what exactly causes lung illness in some people who vape.

Colorado has 11 confirmed and probable cases of vaping-associated lung illness so far, and continues to investigate more.

That includes an investigation into whether or not vaping was related to a Denver-area man’s death.

Dr. Daniel Shodell is the Interim Chief Medical Officer for Colorado Department of Public Health and Environment, the agency investigating these cases in Colorado.

“The very first step we take at CDPHE is making sure the word is out there,” Dr. Shodell said. “Dear public, dear providers, dear doctors and hospitals – there is something happening out there. There is this lung illness. Be on the lookout for people coming in with cough, chest pain, shortness of breath, maybe coughing up blood. Maybe you’re noticing blood oxygen is low. Maybe you're noticing they’ve had some gastrointestinal symptoms – nausea, vomiting. And if these folks have a history of vaping in the 90 days prior to that, please let us know.”

Dr. Shodell said state epidemiologists will follow up on any reports made.

He says the investigation includes reviewing the person’s symptoms, medical records, x-ray and test results, as well as interviewing the sick person and relatives. Using guidelines from the CDC, investigators will determine if the illness is a confirmed case or probable case of vaping-associated lung illness.

Most the confirmed cases are young people, Dr. Shodell said.

“This is really devastating. This illness is severe. We don't know if they’re going to make a full recovery, if they're going to have 100 percent restored lung function for the rest of their lives,” he explained. “The median age is about 18-19 years old in Colorado and that's consistent with what’s happening around the country.”

Friday, a CDC official said the number of national cases of deadly lung illness related to vaping nationally appears to be "leveling off or declining," according to a report from CNBC.

But it's still a big problem.

The CDC has confirmed more than 1,600 cases of vaping-related lung illness and 34 deaths around the country.

Health officials have ideas, but no firm conclusion yet, about the exact cause of the illnesses.

“The issue with vaping products is that it’s nearly impossible to say that anyone can be making a well-informed choice at this point because we don’t really know the formal ingredient list,” he said. “The ingredients we do know, we don’t know what happens to them – what chemical reactions happen when they are vaporized and inhaled. We don't know fully what is in these products. Therefore it is a long, long list of chemicals and potential contaminants and potential toxins that must be tested for, and there's been no single agent that has really risen to the top.”

“The best way for Coloradans to keep themselves safe from lung related illness, is to simply not vape,” he said.