How much lead is in your tap water?

An analysis of EPA data found there are places n Colorado, where tests indicated an excessive amount of lead in tap water. 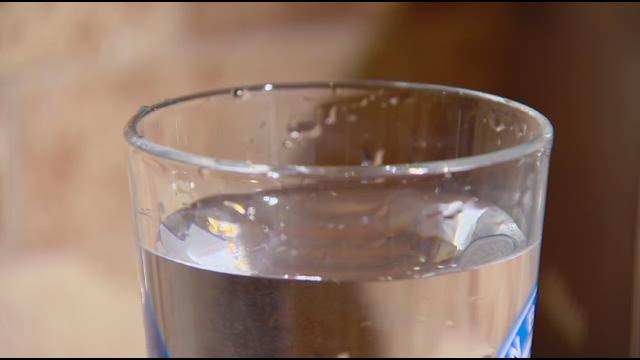 It’s a problem not visible to the naked eye and you can’t see or taste it, but it is lurking among some of Colorado’s flowing tap water: lead.

“We do know that people are paying closer attention to this,” David LaFrance, CEO of the American Water Works Association, said.

The discovery of lead in the tap water in Flint, Mich. has reignited public concern about the issue. No amount of lead is considered safe to consume, but the federal government has set 15 parts per billion (ppb) as the maximum allowed in water.

The Associated Press looked at data collected by the EPA, which has been monitoring lead in tap water for 25 years. The AP examined lead testing in 75,000 water systems across the country.

They found that since Jan. 1, 2013, nearly 1,400 water systems had violated the federal lead in water rule at least once. These are systems that serve about 3.7 million Americans.

Most are small – for example, individual systems that service a building or a mobile home park.

However, some are public water systems, relied upon by thousands in some towns. In those cases, tests showed they had twice the amount of lead allowed in water.

“We care about providing solutions to making sure that water that is safe to drink,” LaFrance, who heads up the Denver-based American Water Works Association, said.

The AWWA is a nonprofit, professional association concerned with the safety of drinking water.

“When water leaves a treatment plant, the lead is not in the water there,” he said.

So, if it’s not at the water source, then where is the lead? It’s usually found in something called a “service line,” which connects a home or building to the main water line running down the street.

In the U.S., lead pipes started to be phased out in the 1950s and lead soldering in water pipes was no longer used after 1986. Still there are 6.1 million lead services lines all across the country -- and that’s where most of the lead is coming from.

“Kids are most at risk from exposure to lead, in general, and it can cause developmental problems and lower IQs,” Ron Falco, the safe drinking water program manager with Colorado’s Department of Public Health and Environment, said.

The CDPHE is the agency in charge of making sure water systems in the state comply with the lead in water rule.

“If levels are above what’s called the “action level,” then water systems are required to take action, as the name implies,” Falco said.

In the past two years, some of those high levels of lead in water were found in Berthoud, Firestone and Dillon -- all of which had samples showing twice the amount of lead allowed.

No one from those town’s utilities would speak with 9NEWS on camera about the issue, but in statements, they all said they had taken steps to deal with the problem.

In Firestone, officials pointed to a previous statement they released, which said, they had worked “on ways to reduce the corrosive effect inside the internal plumbing of these older homes. CWCWD began adding a phosphate coating agent to the water supply in late October 2015 to help reduce the corrosiveness. Between the July and December 2015 testing periods, the Town saw a decrease in high lead levels from 11 homes to six.”

In most cases where lead is found in tap water, one of the solutions comes down to chemistry.

“What they’ll be doing is a very detailed chemistry analysis called the ‘corrosion control study,’” Falco, with the CDPHE, said. “And we work with them closely on those, on a one-on-one, case-by- case basis, because that water chemistry can be very complicated.”

That’s because some of the chemicals used to treat drinking water can cause lead found in pipes to leech into the drinking water as it heads to the tap.

Changing the chemical combination used to treat the water, can help stop that from happening, which is what officials say they did in the Town of Dillon.

“Analysis of our water confirmed that the lead was not present in our source water, but was a result of the more aggressive chemical qualities in our treated water,” Dillon Public Works Director Scott O’Brien said. “Since installing the new treatment system, the Town has not exceeded action levels for lead or copper.”

Yet, there’s really only one way to permanently deal with the problem of lead in water.

“Their primary recommendation was to remove the lead service lines,” LaFrance said.

Because most of those service lines are located on private property, removing them is generally considered the responsibility of the property owner. That can get expensive: the AWWA estimates it can cost an average of $5,000 per service line. The total amount it would cost to replace all of those lead lines around the country is in the tens of billions of dollars.

“We estimate it could be about 30-billion dollars,” LaFrance said.

It is a huge price tag to deal with a problem affecting one of our most precious resources.

The EPA is now considering making changes to what is known as “the lead and copper rule,” which spells out the amount of lead allowed in drinking water. They plan to release a new draft of the rule in 2017.

This data found in this database is reported to the EPA by state health and environmental agencies. In compiling this data, the Associated Press noted that, in some cases: “Extremely high results (above 50 ppb) should be double-checked with the agency for possible errors in reporting.”

On April 7, 2016, the EPA updated the data online to include sampling results through the end of 2015.

For a detailed look at a specific lead report, go to http://1.usa.gov/1qEeNC5.