Cliff Phillips was dying of his heart failure until doctors at UCHealth University of Colorado hospital implanted a device known as an LVAD. 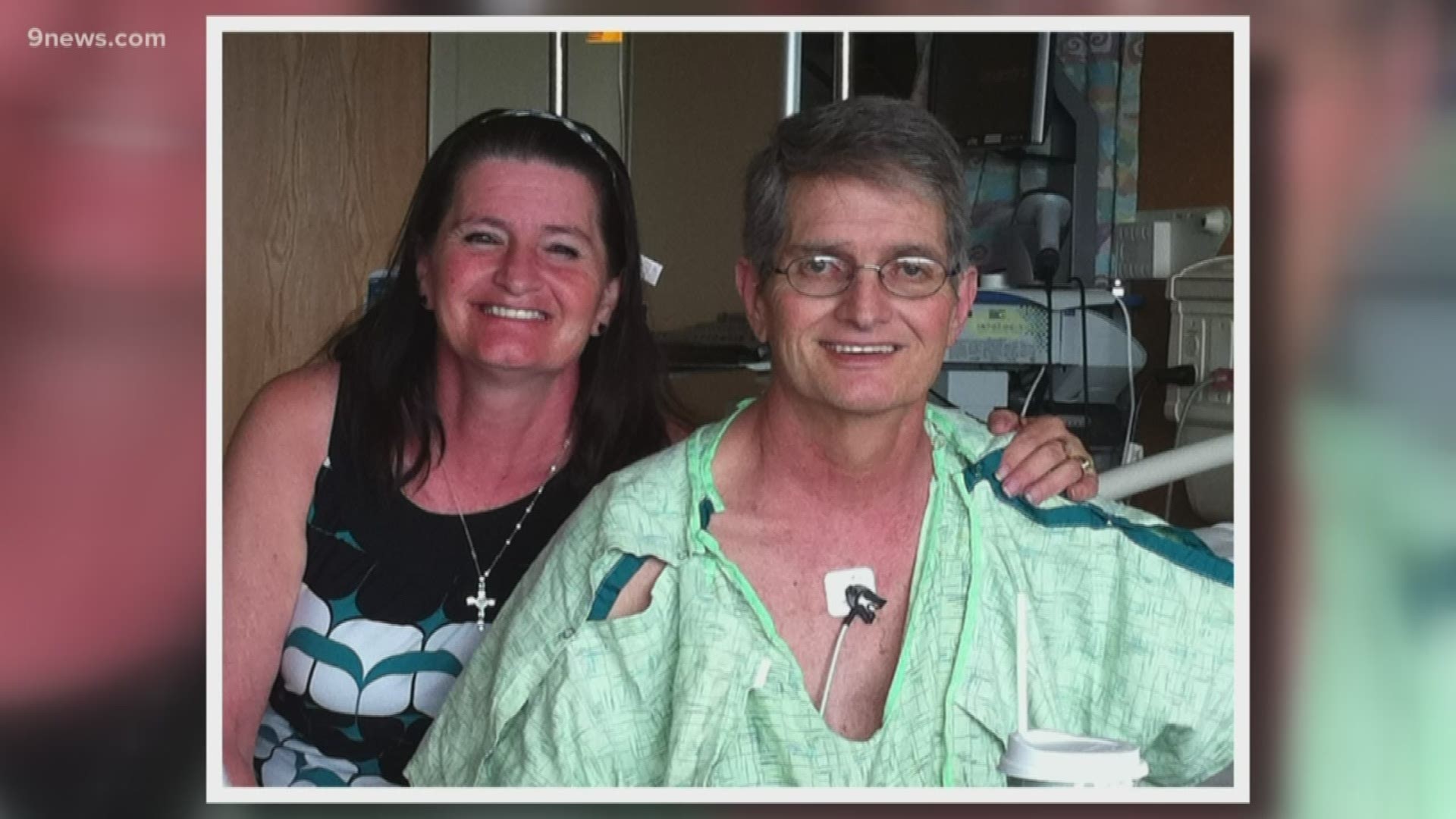 DENVER, Colorado — People know Cliff Phillips by many names: grandpa, coach, quarterback, and bionic man. Phillips runs on batteries -- at least the device that keeps him alive does.

Before the surgery, Allen said Phillips was “dying of his heart failure.”

Phillips had suffered “some heart attacks and blockages of the coronaries” making his heart weak and leaving him confined to a hospital.

“He actually got transferred to us after he spent a month in one of the hospitals here in Denver where his heart failure had really progressed,” Allen told 9NEWS.

"I figured I was dying," Phillips said.

Allen explained that UCHealth is the only hospital in Colorado, New Mexico, and Wyoming providing heart transplantation and artificial heart devices.

Not only does the device keep him alive, it’s also changed his whole way of living.

“Before they put this in, I was never able to keep going at anything. I couldn’t walk around the block," Phillips said. "The week I got home from the hospital, I walked around the block."

Phillips has even taken up some new hobbies since the surgery.

“I get to play cornhole. It’s something that I never even played until I got this thing in my chest,” he said.

The 66-year-old is pretty good too. He’s ranked among Colorado’s 10 best Cornhole players.

“I can compete against these guys that are 30 and 40 years younger than me,” he said with pride.

Phillips plays every Thursday night. To his competitors, he’s known as either “Coach” or “the Bionic Man.”

Phillips said when he’s looking tired or run down, the younger guys will tell him “to go change [his] batteries so [he] can get refreshed. Even though that doesn’t have anything to do with it.”