Knowing the facts about blood clots may save your life

March is Blood Clot Awareness Month. Knowing the risks and facts may help save your life. 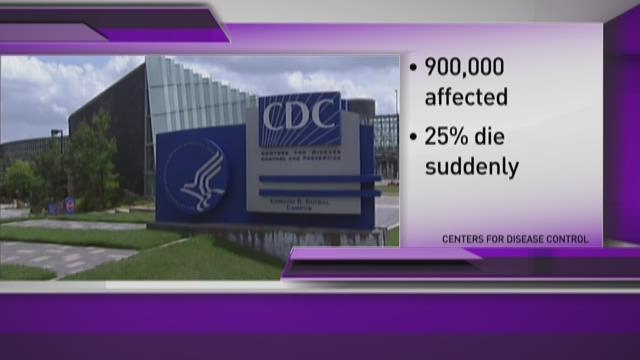 They can hit anyone at any time and when they do, they can be deadly.

That's why it's important to raise awareness about blood clots and March is the perfect time to do it.

Our sister station shared a story Tuesday about a 49-year-old man in Kansas City who died suddenly from a pulmonary embolism.

"A pulmonary embolism is a blood clot that is in the lungs itself and then it actually cuts off the blood flow to the lungs," said Dr. Comilla Sasson, an emergency room physician at the V.A. Hospital. "The person can't breath and it can actually cause sudden death."

Scot Squires was walking with his 12-year-old daughter when it happened.

According to Centers for Disease Control (CDC) statistics, as many as 900,000 people could be affected by a pulmonary embolism each year in the U.S. Twenty-five percent of them die suddenly.

Dr. Sasson says that's why people need to be aware.

"That's probably the most important thing. If you have a sudden onset of chest pain, or swelling in one leg that's maybe bigger than the other leg, if your heart rate is really fast, or it hurts to take a deep breath, those can be signs of a blood clot and you should go see your doctor right away," she said.

Dr. Sasson has been diagnosed with two blood clots herself.

"The symptoms can come on really subtly. For example I actually had a blood clot in 2006 and I was 26 years-old and didn't realize it until late in the game," said Dr. Sasson. "My heart rate was really fast, I was having a hard time breathing - it hurt when I took a breath in."

She says her second clot happened just as suddenly as the first.

"The second time I got a clot it really was just 'gosh, you know what I just don't feel right, I'm tired all the time, my mile time is going down, so is it that I'm getting older? Is it really that there is something going on with my lungs?' And so it's really just one of those things that you have to be on the lookout for and you're doctor really has to be on the lookout for because, again, it is something that can be missed really easily," Dr. Sasson said.

There are several factors that can cause blood clots. Family history is one of the major ones.

"If you have a family member who has had stroke, has had a heart attack, has had a blood clot in their lungs or in their legs - those can all be genetic factors that can make you predisposed to having one," said Dr. Sasson.

You can get a blood test to find out if you are more at risk.

Women who take oral forms of birth control also have a higher risk of getting blood clots. People who have had recent surgeries and smokers also have an increased risk.

If you get to the emergency room right away, or see your doctor, blood clots are easily treatable with blood thinners.

For more information on blood clots, the risks, and the treatments - click here.