Steve Smith waited in an Indiana hospital on the organ transplant list for a new heart and kidney for 174 days. Not long after his first surgery, he died. 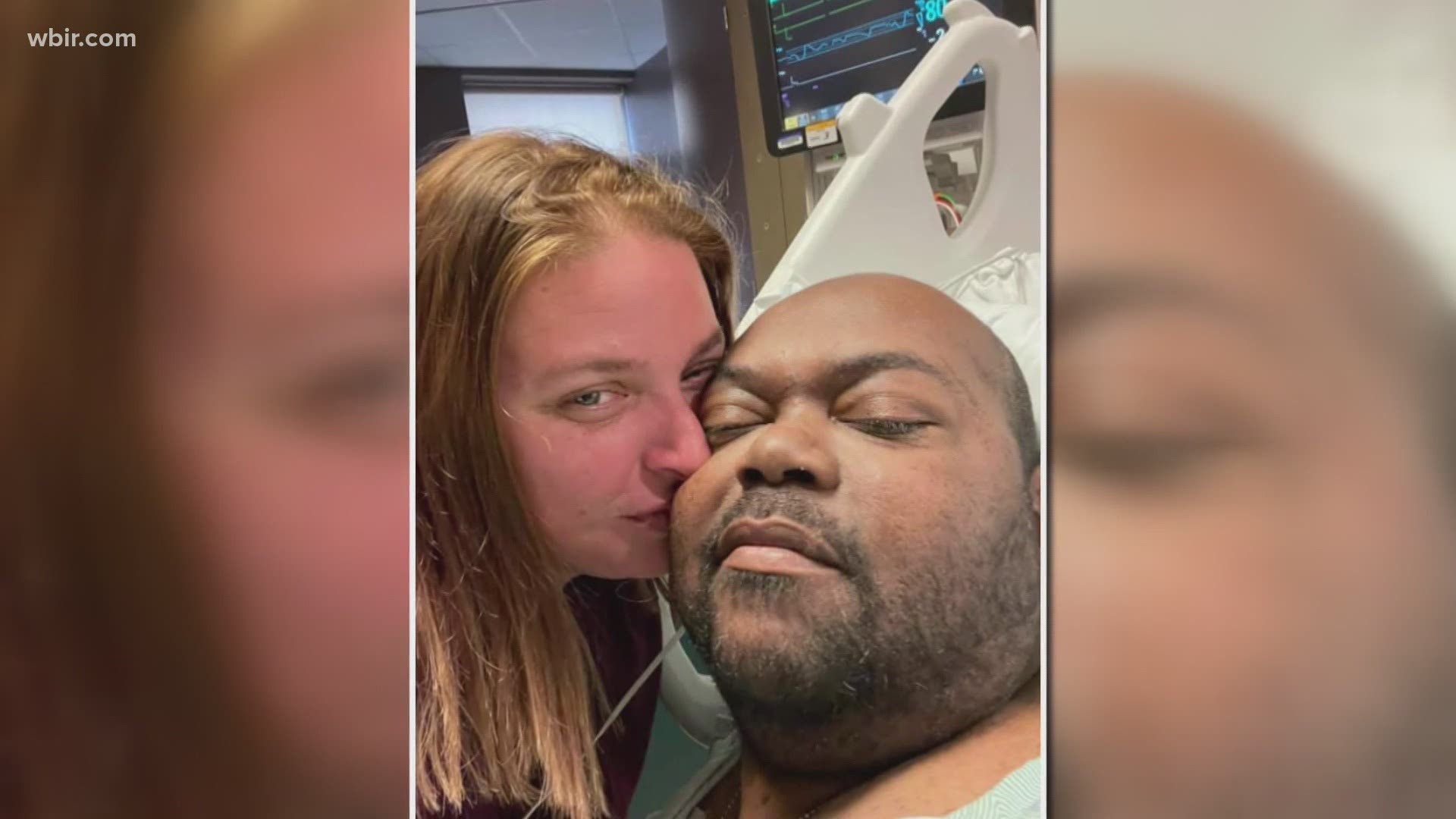 INDIANAPOLIS — A Knoxville man awaiting a heart and kidney transplant died over the weekend, five days after receiving his new heart .

Steve Smith waited on the transplant list for 174 days and stayed in an Indianapolis hospital for 197 days before a pristine donor heart made its way into his chest.

About two and a half weeks prior to May 17, Smith thought he had gotten the perfect heart match, only find out it wasn't as healthy as doctors thought. That surgery had to be cancelled.

On May 17, "a perfect heart" arrived, and Smith's fiancé, Jennifer Celeste, watched as doctors rolled him back to the operating room, hopeful he would come out a healed man.

"He was so confident going into that surgery, and just knowing that he would come out on the other side of it," Celeste said.

But unfortunately, that didn't happen. Instead of planning a coming home party, Celeste now has to plan a funeral.

"Hs biggest fear was not walking out of that hospital alive, and then it happened," Celeste said. "Oh, I think that's always gonna kinda hurt a little bit."

She said this wasn't how his story was supposed to end. She remembers how they talked about how he was going to come home for the past seven months.

After the surgery, Smith's body didn't reject the heart, but everything else started shutting down, mainly because of his kidney failure.

Doctors had to cancel the kidney transplant surgery planned for May 19, because Smith's blood pressure was too low and he wouldn't be stable enough for the operation.

"He had kidney failure and his body was literally just getting poisoned, and it was starting to kill off other things, [like] his small intestine, and then he'd gotten a blood clot, and then ultimately it was it was a brain bleed and a stroke," Celeste said.

The heart wasn't able to be re-donated after his death, which was difficult for Celeste to hear. The kidney, however, was able to be given to someone else.

"You think about the donor family, I mean, they lose their loved one and then hoping to save someone else's life and then five days later [it's gone], so that, you know that's another set of just cut off heartbreak," Celeste said.

Celeste and their 2-year-old boy Remington never Smith's side when he was in the hospital. During the fall and winter of 2020, they weren't able to visit as much because of COVID restrictions.

Starting in January, Celeste and Remington moved up to Indiana and saw Smith relatively every day. She said she will always cherish those moments.

"[People] need to know what a fighter he was," Celeste said. "I know he never gave up and I know it wasn't him that gave up, it was his body."

According to the International Journal of Transplantation, almost every heart transplant patient will suffer at least one complication. The odds go up for multiple organ transplants in the same body.

Celeste said they knew the risks, but always held onto hope. She said Smith never let anyone know just how bad he was hurting. He stayed strong for everyone else.

Celeste explained the doctors and nurses at the hospital are also grieving Smith's loss. She said each of them felt like a member of their family.

Celeste said the outpouring of love and support she has felt from complete strangers, as well as family and friends has been so helpful.

There will be a funeral and burial for Smith in Indiana. There will also be a celebration of life for him in Knoxville once he is laid to rest.

If you would like to donate to help with funeral expenses and helping to support Smith's children as they grow up, you can click here to support the GoFundMe.

More than 107,000 people are waiting for an organ transplant right now in the United Sates. Just one donor can save eight lives.

To become an organ donor, you can register online at organdonor.gov or register in-person at your local DMV.