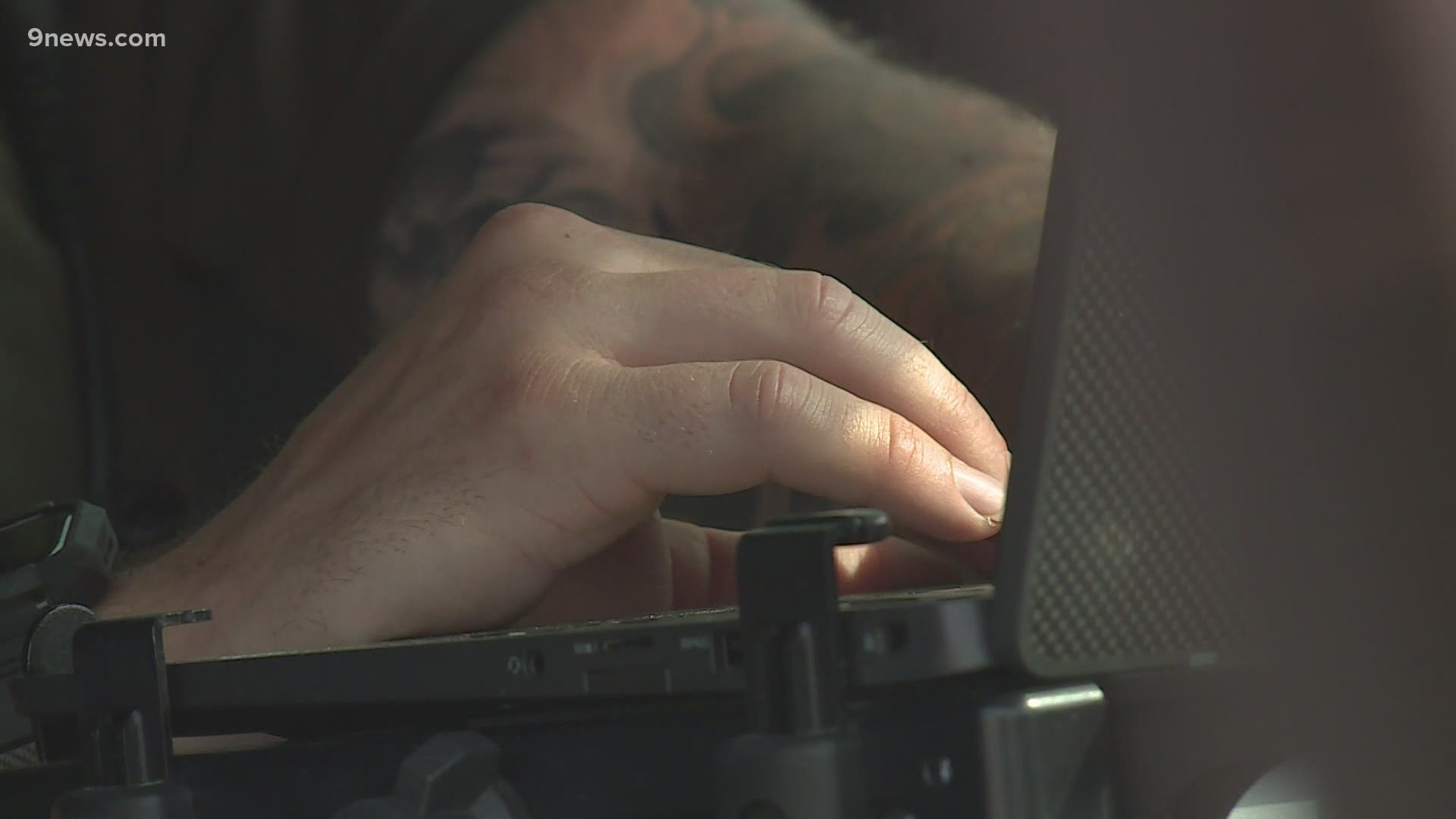 CENTENNIAL, Colo. — They are not law enforcement officers – and they don't carry guns.

But, a new team working for the Arapahoe County Sheriff's Office (ACSO) is still on patrol with one goal: helping during mental health calls.

Kittrell is one of three members of the new Behavioral Health Response program at ACSO. They are called co-responders, and work alongside deputies when responding to mental health-related calls.

“The biggest issue we see today is deputies are expected to show up on scene and handle every aspect of everything. We’re able to arrive at the scene that may have a behavioral health component to it and alleviate that responsibility from [deputies,] Kittrell explained.

“All of us as co-responders are licensed in the state of Colorado to provide mental health treatment. We’ve been in the field a very long time. So we have a very unique specialty. We’re able to do crisis de-escalation, interventions, then point someone toward mental health resources and get them long-term treatment.”

The new program started in late May. Previously, ACSO contracted with an outside mental health agency. Kittrell and the other two co-responders were part of the original partnership, and transitioned into the new program when ACSO moved this program in-house. So they started their new roles with some built-in familiarity with ACSO deputies.

Kittrell responds to calls that are obvious mental health concerns, like suicidal individuals. Other times the mental health component only becomes obvious after the responding deputies arrive on scene and connect with the individual.

Frequently, there is no criminal element to a call and Kittrell, or his mental health team members, can handle the situation without additional law enforcement intervention.

Along with the three co-responders already on staff, ACSO plans to bring on two more soon. The mental health experts have their own vehicles, outfitted with communication devices and safety features while they work in the field and attend to clients.

ACSO said the co-responders are only brought on scene when deputies can ensure their safety, and occasionally it is not safe enough for them to work.

Sgt. Brett Cohn is one of the ACSO officials who help determine which calls require co-responders like Kittrell. He said the department uses the mental health team daily, often several times a day.

“I have countless examples of people within mental health crisis. When [deputies] respond on scene, [the person in crisis] had numerous interactions with law enforcement. We show up in uniform and they shut down. They don’t want to talk to us,” Cohn explained.

When they use a co-responder, Cohn said the deputies ensure the scene is safe enough to let them work – and then step back and stay out of the situation while the co-responder works with the person in crisis, one-on-one.

RELATED: There's a growing mental health crisis in young people during the pandemic

“And it’s completely different situation. They feel comfortable, they feel safe, we stand off at a comfortable enough difference and they do their thing. And that makes a huge difference,” he said.

The difference counts for law enforcement, too. Cohn said deputies are not mental health experts, and can’t stay with a person in crisis through the entire process of connecting them to services, following their progress and maintaining a relationship like a mental health expert can. Deputies always have other calls and criminal matters to attend to.

“It’s a great program because they offer resources that I, as an officer, cannot offer,” he said.

Kittrell, a co-responder, has a bachelor’s degree in psychology and a master's degree in mental health treatment. Prior to working with law enforcement, he worked in a community mental health center. Now, instead of waiting for people in crisis to come see him, he can go to them in their time of need.

“Exactly. I love that,” he said. “It is a really fulfilling job. That’s why I’ve stuck with it, I’ve been in the field about eight years, and every day – I couldn’t dream of doing anything else.”