Instead of an officer, the Aurora Mobile Response team sends a paramedic and a mental health professional to help. 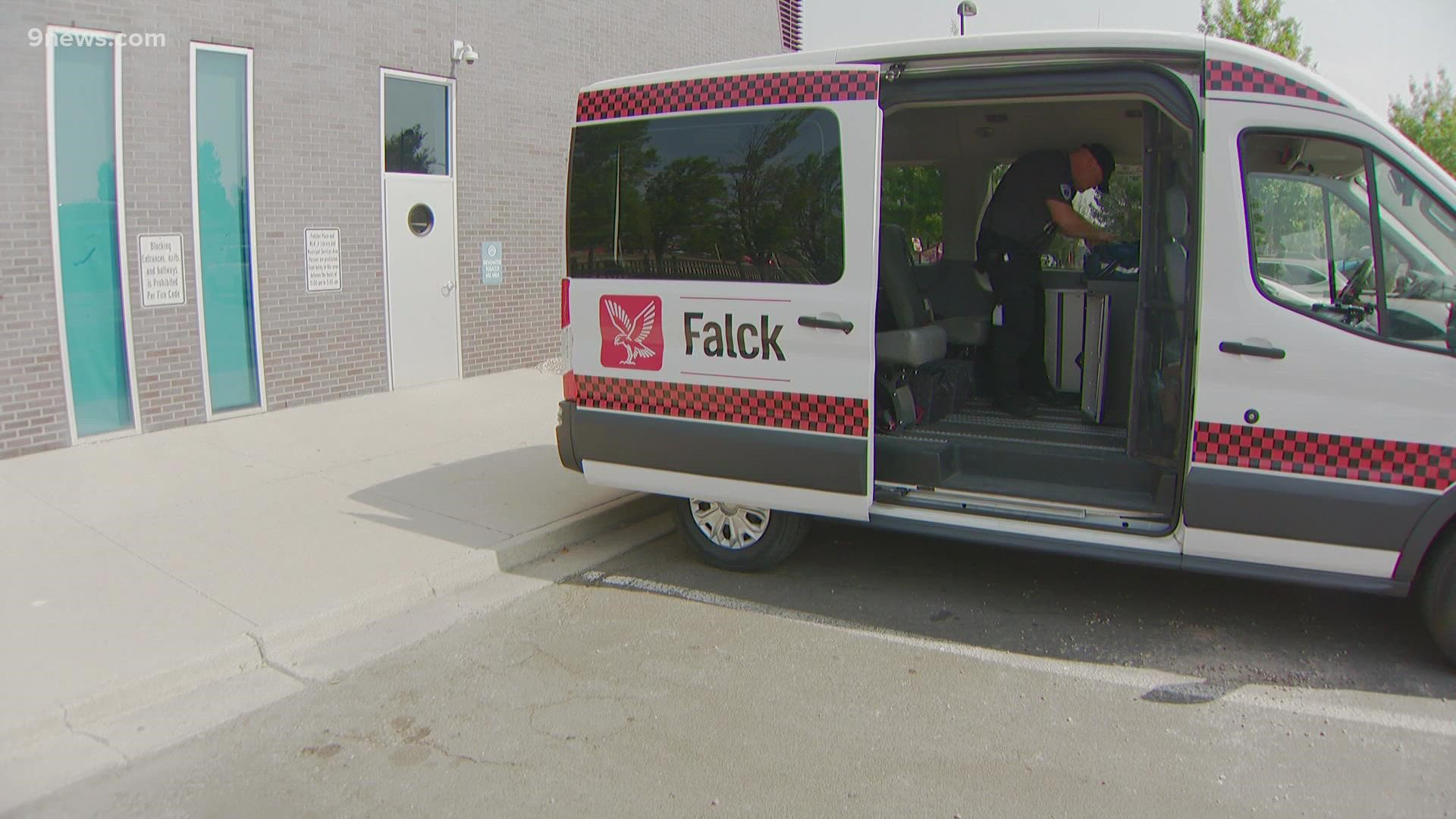 AURORA, Colo. — Police officers won't need to respond to certain 911 calls in Aurora if all goes as planned with a new pilot program that launched Wednesday.

Tassin is program manager for the Aurora Mobile Response Team, a six-month pilot program that pairs a paramedic and licensed mental health professional to respond to behavioral health calls.

The team will cover only the northwest portion of Aurora Wednesday through Saturday from 10 a.m. until 7 p.m.

“There’s an opportunity every single day, almost every hour of the day, for a team such as this to make a connection," Tassin said.

Tassin said the city allocated $160,000 from general funds to get the program started. The city partnered with Aurora Mental Health Center and Falck Rocky Mountain which also provided a van for the team.

On Wednesday afternoon, the van was parked outside the Martin Luther King, Jr. Library on East Colfax ready to respond.

“When someone calls in to report either themselves or an individual in crisis, or maybe they just see someone who might need some resources and help, dispatch will put that in a call, and my team is able to click on the call, review everything and see if it meets criteria," Tassin explained.

The van is stocked full of water, food and hygiene products for people the team encounters on the streets.

“Having a mental illness isn’t a crime, and I think it’s just an amazing way to reach people and meet them where they’re at," Tassin said.

The Aurora Mobile Response Team is separate from the police department, Tassin said, and would help reduce the load of calls officers have to handle.

“Taking those low-intensity calls off them, I think benefits everyone," she said.

The Aurora Mobile Response Team was modeled after Denver's STAR program which sends a paramedic and mental health professional in place of a police officer to certain 911 calls. The Star Program is looking to expand in 2021.

Tassin said she was hopeful her team would also grow.

“Ideally, maybe it’d be more, and we’ll have to evaluate after this pilot program to look at what that call volume really looks like," she said.