'His memory can live on': Mother thankful sons death gave others a chance to live

Kody Gillespie was 31 when he took his own life. He was also an organ donor. 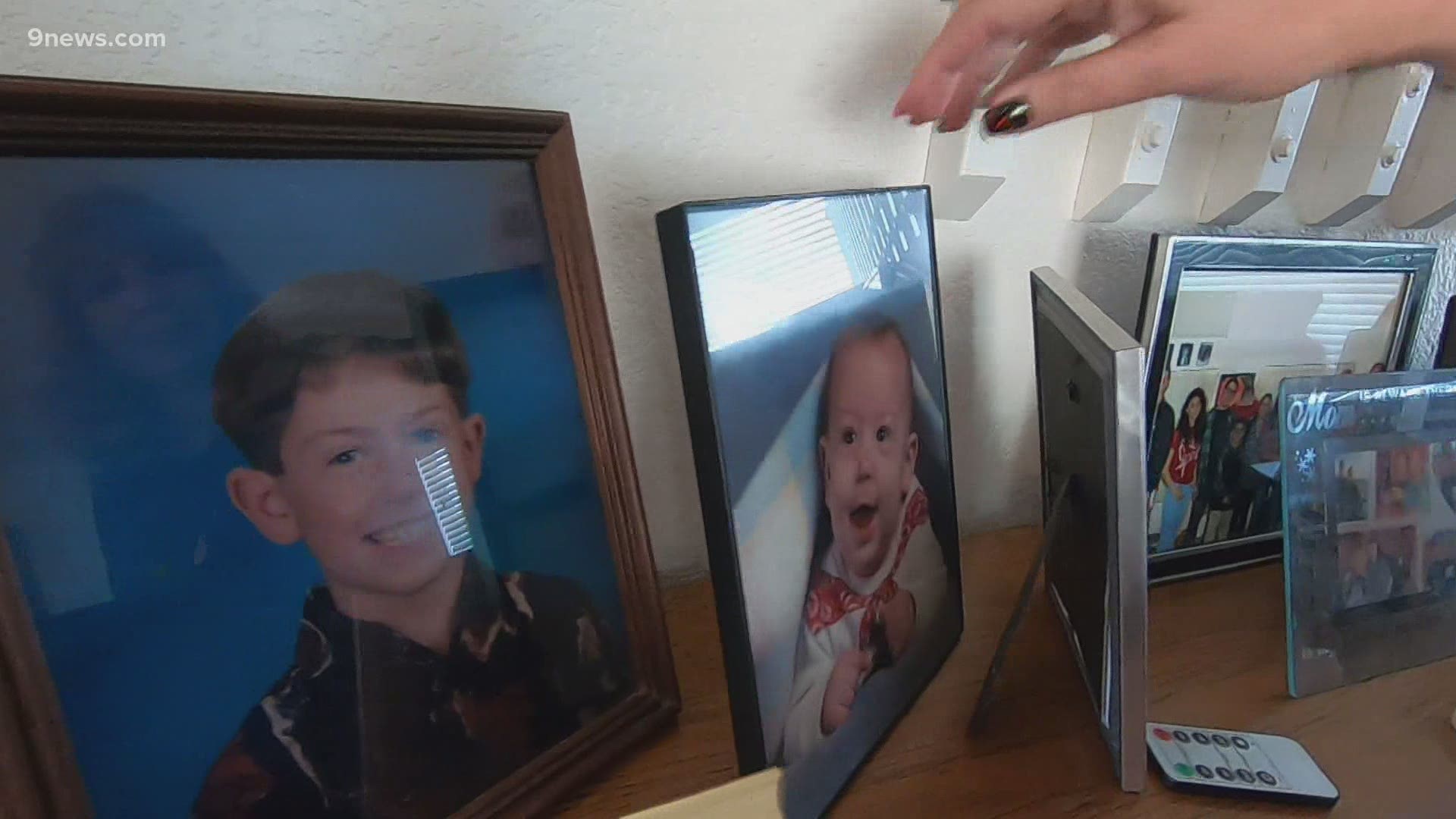 CENTENNIAL, Colo. — A Centennial mother whose son took his own life at the age of 31 said she's thankful he was able to help others by being an organ donor.

Marijean Conci said she still mourns the death of her son, Kody Gillespie, who died in 2018.

“I want to be able to go out and share my story with other people and encourage others to also become donors,” Conci said. “It really does make me feel good that his memory can live on.”

Conci discovered her son dead in June 2018 after a troubling phone conversation with him. Gillespie was suffering from severe depression and had been diagnosed with bipolar disorder.

RELATED: On Edge: After wanting to die, learning to live

“I don’t think that there was anything that I could’ve said or done that would’ve changed his mind that day," Conci said. “A lot of people think that suicide is very selfish. But people need to really understand that people just don’t think that they have another way out. And, it didn’t make him a bad person, and I’m still always proud of him, no matter what.”

Conci performed CPR on her son before the paramedics arrived. They were able to get his heart pumping again before taking him to the hospital.

But, about 20 hours later, she was told Gillespie was not coming back. That’s when she contacted Donor Alliance. Donor Alliance is a federally-designated, nonprofit organ procurement organization and an American Association of Tissue Banks (AATB) accredited tissue bank serving Colorado and most of Wyoming.

Gillespie had agreed to be an organ donor when he got his driver’s license at 18.

Thirteen years later, he would donate his heart, lungs, liver and kidneys.

“This gave five other people a second chance at life, even though he couldn’t go on with his life,” Conci said.  “And, these people definitely got a second chance and are able to go out and enjoy their lives like they did before they got sick.”

Conci said her family still celebrates Gillespie’s birthdays and talk about him often.

“I have [his] pictures all over my house,” Conci said. “And, there’s not probably five minutes out of the day that he’s not in my mind.”

She said she remembers his infectious laugh and willingness to take care of others.

“I think Kody [Gillespie]’s biggest problem was he just loved too much sometimes,” she said. “He had a heart of gold. He would do anything for anybody."

According to the Donor Alliance, nearly 2,000 people in Colorado and parts of Wyoming are waiting for an organ transplant.