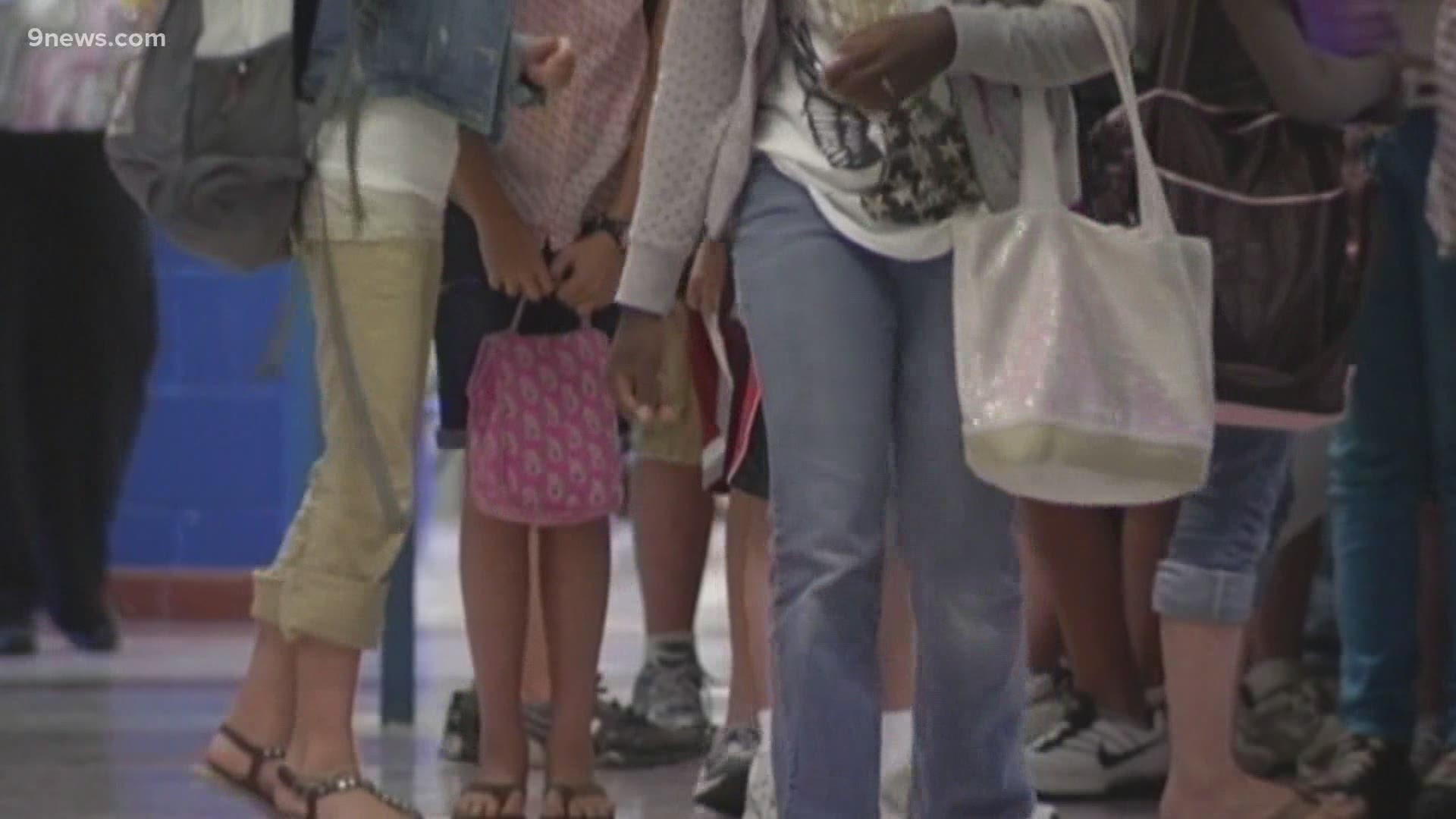 DENVER — Children's Hospital Colorado declared a mental health state of emergency for children on Tuesday following a rise in kids needing to go to the emergency room after attempts to take their own lives.

Across the Children's Hospital Colorado pediatric system, mental health emergency visits were up 90% last month compared to two years ago. The numbers are more stark at the branch in Colorado Springs, where there was a 145% increase in emergency behavioral visits in the first four months of 2021 compared to the same time frame in 2019.

Hospital beds are filling up and officials said they can't keep up.

RELATED: Aurora Police: 7 kids have attempted to take their own lives in the past week

"We are seeing a record number ... of kids in need of care in our emergency departments, in our in-patient units and that's spilling over into areas that we aren't going to be able to sustain," said Heidi Baskfield, the vice president of Population Health and Advocacy at Children’s Hospital Colorado. "Because there are so many of us feeling overwhelmed, we're asking for help."

Baskfield said the hospital system is planning ways to care for these kids. At the Anschutz Medical Campus in Aurora, the hospital is adding eight in-patient psychiatric beds, bringing the total number to 26 by next March. The hospital is also doubling its program that treats kids for several hours a day and increasing beds for those suffering from eating disorders from 12 to 20.

At a pediatric mental health roundtable on Tuesday, many panelists said more needs to be done than just add beds. They called on lawmakers to implement a public health order to declare the surge a crisis. Baskfield explained that would allow hospitals to be more flexible and innovative to come up with solutions.

"Things like creating a patient transfer center, thinking differently about how we use existing bed capacity," Baskfield said. "We really believe that's where we can make an immediate difference and then begin to think very quickly after that how to use income and federal stimulus dollars to begin to create and operate a comprehensive system in mental health care."

State lawmakers do intend to use some of the federal funds from the American Rescue Plan for mental and behavioral health resources.

Gov. Jared Polis (D-Colorado) and legislative leaders from both parties also plan to fund mental health screenings in schools with the state's "Build Back Stronger" stimulus. A total of $8-9 million would go to voluntary screenings and provide three free telehealth interventions for students 12 and older.

Children's Hospital Colorado pointed to the pandemic as having a compounding effect on the already alarming trend. Kids have been away from their peers and school resources that could give them the help and support they need.

The Pediatric Mental Health Institute at Children's Hospital Colorado has seen twice as many patients reporting increased anxiety, depression, feelings of isolation and social disconnectedness. Hospital officials said they've seen more self-harm and an increase in drug and alcohol abuse as a way for these kids to cope.

Suicide has been the number one cause of death in Colorado for kids 10 and older for a number of years now.

If you or someone you know needs reach out to the Colorado Crisis Line. There is someone available to talk 24-7.