On Edge: How friendship can be a mental-health safety net

Laurel Carpenter and Melissa Humphrey, two 30-something nurses, moms and best friends in Grand Junction, rely on each other for support with anxiety. 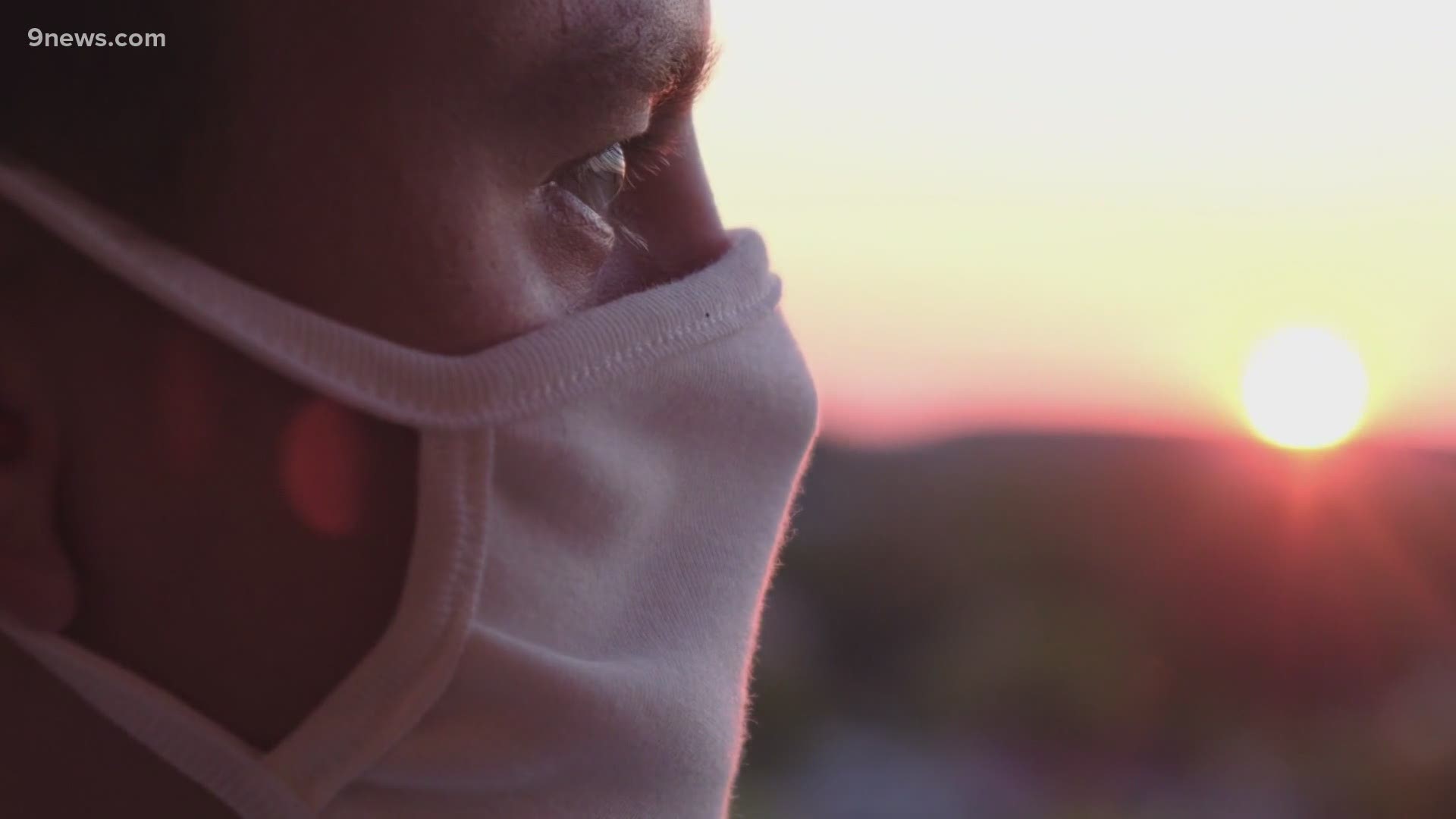 GRAND JUNCTION, Colo — It started about four years ago when Laurel Carpenter and Melissa Humphrey bought matching parkas and then matching comfort shoes.

> Video above: Managing stress and anxiety during an uncertain time.

Then came the matching housecoats they exchanged for Christmas last month – the softest they could find, and also the dowdiest.

“They’re the zip-up kind, long and baggy for when we’re grumpy and cold, and they are ugly and fuzzy and amazing,” Carpenter swoons.

She, 38, and Humphrey, 37 have been facing the stresses of the pandemic and family challenges as mothers of school-age children, as nurses, as volunteers, as women overwhelmed at times by their own anxiety and panic attacks. The kitsch of their matching loungewear has become not only a way to bring some levity to an otherwise heavy time, but also an expression of support when one or the other feels like crawling out of her skin.

In a year when nearly everyone’s mental health has been shakier than usual, they feel especially grateful to have built a friendship that is also a safety net.

“We’ve become comrades in arms with all this scary shit nobody could understand but the two of us,” Humphrey says. “This would have been so, so much harder without Laurel to go through it with.”

RELATED: On Edge: Veteran paramedic grapples with COVID's toll on his lungs and sense of self

The two met about a decade ago and grew closer after the 2017 death of a mutual friend whose children Carpenter has raised along with her two own. Each was already juggling their kids’ schedules with a full-time bachelor’s-in-nursing program – from which they both graduated last month – and full-time jobs, most recently providing in-home nursing care to former uranium workers.

COVID made things even harder. Both have been tutoring their kids when they’ve attended school digitally and volunteering for a new nonprofit, Mutual Aid Partners, that serves unhoused, poor and elderly people hit by the pandemic in Grand Junction.

They’ve been offering free nursing services in two motels where Mesa County is housing COVID-positive people who are also homeless. They check on guests’ physical and mental health while delivering hot dinners and food for the next day’s breakfast and lunch, reminding them it’s not safe to leave their motel rooms. Though both have had doors slammed in their faces, they agree the mutual aid work beats waiting around for someone else to fix the world.

They share extra PPE when they can find it. They share updates about motel guests who've been hospitalized for COVID or disappeared to feed their addictions. They share concerns about the elderly patients at their day jobs whose lungs, compromised from years of uranium exposure, are especially vulnerable.

One of Carpenter’s patients recently complained about her mask, yelling at her to “get that damn rag off your face.” He died of COVID shortly after. Another patient had a surprise visit from relatives who refused to wear masks around him. And 10 months into the pandemic, one of their fellow nurses is still insisting that mask requirements are useless.

RELATED: On Edge: For Tylan Jones, anxiety is also a battle between optimism and pessimism

“We, as nurses, are accountable for protecting these fragile patients from danger. It’s all on us to keep them safe, and it’s freaking scary,” Carpenter says. “When I’m having trouble handling it, Melissa offers a second reserve of emotional resilience to draw from.”

With help from Carpenter’s husband and Humphrey’s partner, each family supports the other by offering to cook and care for her children while she is at work, volunteering or needs a few hours to herself – and her chihuahua. The two couples are in constant touch about which kid is behind on homework and which is bouncing off the walls.

Humphrey grew up with an anxiety disorder that leads to panic attacks, which have been extra severe this year. Carpenter doubted the panic attacks were that bad — until she recently started experiencing her own.

“It’s horrifying and I’m sorry, so sorry I didn’t recognize that,” she tells Humphrey.

Because Carpenter’s husband and Humphrey’s partner do not struggle with anxiety, and because their homes feel especially cramped during the pandemic, the friends say there is little room to panic without freaking out their families. So they turn to each other to push through the attacks.

Humphrey grew anxious a few weeks ago when unable to reach her partner, who had left his phone in the car while shopping. Her relief shifted to anger and back for a few hours until reaching out to Carpenter, who reminded her of a lesson she knew well from therapy: Others are not responsible for your anxiety.

RELATED: On Edge: When politics feels like a moral injury

Carpenter, for her part, says she has intense guilt on long nursing shifts away from her kids and anxiety that her teenage daughter may not admire her. Humphrey will occasionally prop her up by listing her strengths as a mom. Generally, though, she is careful not to try to fix her friend’s feelings, but rather acknowledge them and say, “Yep, you’re a stress case, that’s just true.”

“These are things our partners don’t understand and… Melissa is part of the system that keeps me afloat – having a whole entire human being beside me who knows what I'm feeling in real time, and seamlessly hands me the tools or words I need to make it,” Carpenter says.

“Sometimes, it just helps for one of us to look at the other and say, ‘You’re not going to die,’” Humphrey adds.

Sometimes it also helps to cry to the other, or to yell, if necessary, or, as is often the case, to cry, yell and laugh all in one conversation. And sometimes their mutual aid entails just sitting together, cross stitching in silence. They sewed their latest joint creation earlier this month after the mob of insurgents stormed the U.S Capitol. Humphrey stitched an “F,” then two more letters for the one-word design, and Carpenter finished the piece with a “K.”

The pair has been wondering lately if they’re crazier than most people, or if they’re just more open about it. Yes, they agree, to both questions.

They also wonder if and when a time will come when, as they both hope, their loads will be lighter, things will be easier and there’s not so much to kick themselves for and worry about. Until then, they assure themselves that they have each other – and their new housecoats.

This story is part of a statewide reporting project from the Colorado News Collaborative called On Edge. This project is supported in part by the Rosalynn Carter Fellowship for Mental Health Reporting and a grant honoring the memory of the late Benjamin von Sternenfels Rosenthal. Our intent is to foster conversation about mental health in a state where stigma runs high.