Crisis hotlines were busier than ever, indicating people were reaching out for help as the pandemic changed lives. 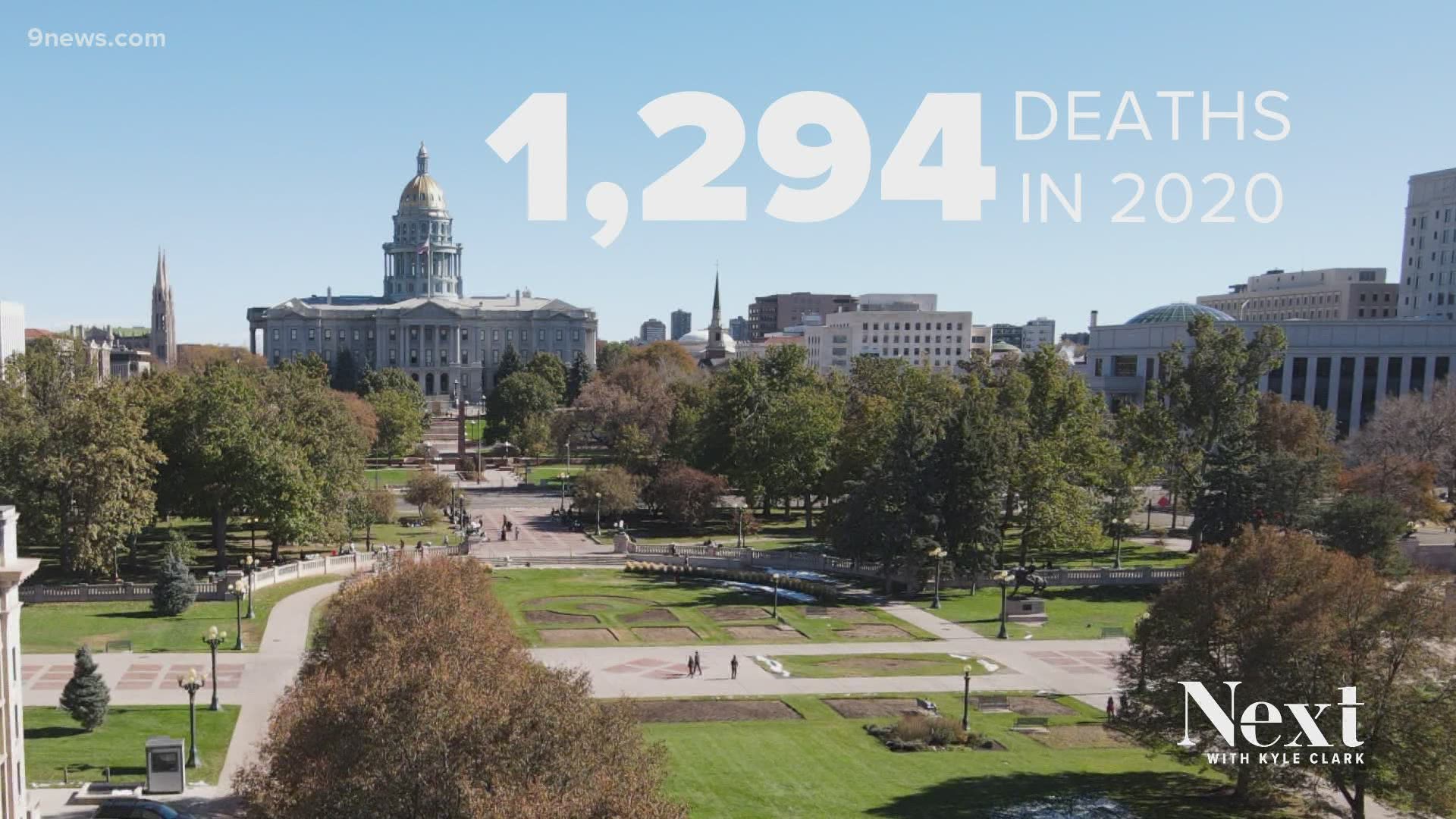 DENVER — There’s no other way to say it. This past year has been tough -- really tough for a lot of people.

And yet more people are admitting that it’s OK not to be OK. As the COVID-19 pandemic turned lives upside down, there was fear it could lead to more suicides. Talking about mental health may have saved lives.

"What people need to understand is that the impact of the pandemic wasn’t just people who died from the virus. There [are] excess deaths nearly across the board," said Dr. Leon Kelly.

Kelly has had the busiest year on record in his role as the El Paso County coroner, yet there’s one cause of death that in fact went down, even with the fear that it would rise sharply as we all sat isolated at home.

"I had grave concerns that the fallout from that was going to be quite dramatic. At least for our suicides, it wasn’t," said Kelly. "I think that is one of the true bright spots of the pandemic, the collective acceptance and understanding about how we needed to make our mental health a priority given what we were collectively facing."

El Paso County saw 178 deaths by suicide in 2020, compared to 180 the year before. It’s a large number no doubt. In fact, it was the most of any county in the state last year, but the number didn’t go up during the pandemic as Kelly and others feared.

"It’s not necessarily a cause for great celebration. It’s still 178 of our citizens who took their own lives. But, it’s not a number that reached the magnitude I think that we thought," Kelly said.

Bev Marquez runs Rocky Mountain Crisis Partners and Colorado Crisis Services. The crisis hotline has seen a 37% increase in calls and texts since the pandemic began. People are asking for help and finding it more convenient than ever to receive it.

"While there weren’t a lot of face-to-face services available, there were a lot more telephonic and telehealth services available," said Marquez. "It might have been a new level of distress for them, but it was also an opportunity for them to develop a strategy for taking care of themselves."

Colorado Crisis Services was most worried about having the staffing and ability to handle the increased call volume. They saw the most calls after events like the Boulder shooting when people were struggling and their number was broadcast the most.

There are other causes of deaths that did go up during the pandemic. Overdose deaths hit historic numbers in Colorado last year and across the country, as everyone was isolated at home.

"While 2020 didn’t measure up to our worst concerns or worst fears, it essentially was equal to our worst performance in the past. We just weren’t worse than awful," Kelly said.