Veterinarian spreads awareness to prevent suicides within her profession 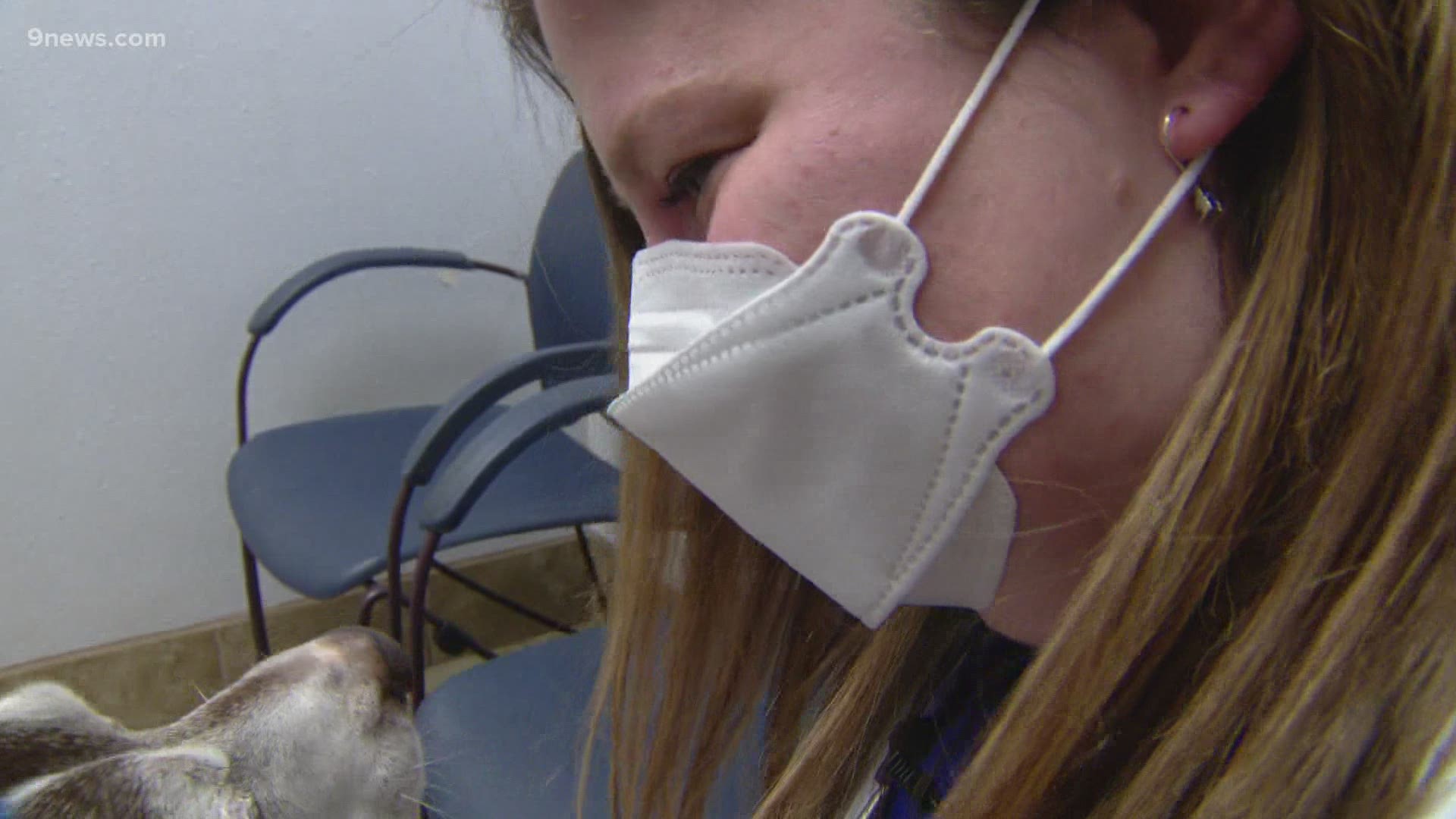 AURORA, Colo. — How things appear on the outside for Dr. Donna Clayton-Lee and other veterinarians doesn't always match up with what she said is happening on the inside.

"What I think the general public doesn't know is that it is an issue and it's something that just doesn't get spoken about," Dr. Clayton-Lee said.

The issue is suicide.

In 2018, the Center for Disease Control and Prevention (CDC) issued a report stating that suicide rates for veterinarians are three times higher in women and two times higher in men compared to the general population.

"I think there's definitely a stigma about you know, getting help. We're doctors. We're supposed to be able to fix things. We're not supposed to be broken," Clayton-Lee said.

But, vets across the state deal with cases of animal abuse which Clayton-Lee said can be tough.

"I had a patient where a problem is completely fixable and they didn't want to spend any money," Clayton-Lee said. "They didn't care about this animal and he was like I can shoot it out back."

Clayton-Lee said dealing with putting pets down is difficult, too.

"And, then I have to go on to the next appointment and you know put on a whole new face and pretend like nothing happened and that is unique to our profession," Clayton-Lee said.

She said veterinarians often deal with financial hardships, pet owners who get upset and self-doubt.

"For some reason, they feel like they're not enough and then we think, are they the ones hurting our patients?" Clayton-Lee said. "That in itself just does all the damage."

Clayton-Lee and her husband foster dogs to feel like they're helping out and giving back. She turns to a website called "Not One More Vet" which offers support and resources for struggling veterinarians.

"I think what it comes down to is being kind to one another," Clayton-Lee said.

She wants to fight for the health of her profession and her passion.

"I told my Dad when I was eight that I wanted to be a vet and I never looked back," Clayton-Lee said.

She wants to look forward and see something better for doctors, who at times may need care themselves.

"Right now, I think there just needs to be change and it starts with awareness," Clayton-Lee said.

If you need help or know someone who needs it, you can contact Colorado Crisis Services. The 24-hour Help Line is 844-493-8255. You can text "TALK" to 38255. You can also click here: https://coloradocrisisservices.org/