This month, Joyce Brown is celebrating her 76th birthday, a milestone she worried two years ago she may not reach. 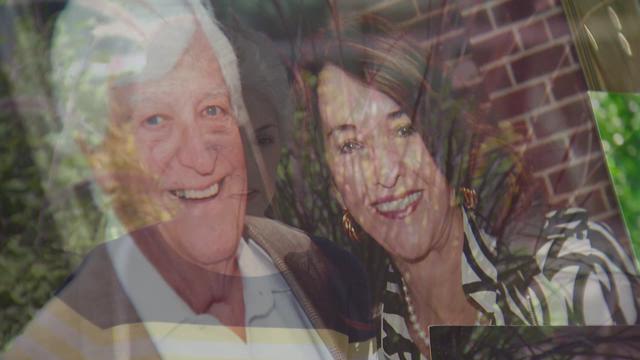 KUSA - This month, Joyce Brown is celebrating her 76th birthday, a milestone she worried two years ago she may not reach.

In February 2014, Brown, a mother of five and grandmother of eight, was diagnosed with stage 4 ovarian cancer.

“I was shocked when I learned I had cancer, I was scared” Brown said. “There is still so much I want to do. I want to travel more and see my grandkids grow.”

Soon after her diagnosis, Brown had surgery to remove the tumors and began chemotherapy treatments. In the early stages of chemo, the standard treatment was working to fight the cancer.

But months later, doctors noticed the cancer cells in Brown’s body were overpowering the chemotherapy.

Brown was referred to Dr. Jennifer Diamond at UCHealth to discuss other options.
Dr. Diamond enrolled her in a promising new clinical trial of combination immunotherapy using the drugs Nivolumab and Ipilimumab.

“For many people immunotherapy is much better tolerated than chemotherapy” Dr. Diamond, the director of clinical trials at UCHealth said, “This treatment can stop these cancer cells from hiding from the immune system – and allow your immune system to fight the cancer like it should.”

Dr. Diamond said the goal of this trial is to see how well the two drugs work together to fight cancer cells.

It’s a trial that is being tested on selected cancer patients all over the world, including 20 patients receiving care at UCHealth.

“It’s an early clinical trial designed to look at the safety of giving these two drugs together but also to see how well the combination will work to treat people will all different types of cancer,” Dr. Diamond said.

When Brown learned she was a good candidate for the new phase 1, phase 2 clinical drug trial, she was open-minded, though skeptical.

“I thought—I really don’t have anything to lose. So why not give it a shot?” Brown said.

After five months of receiving immunotherapy treatments, Brown has shown tremendous progress in her fight against cancer. According to Dr. Diamond, her tumors are no longer visible on medical scans.

“We’re not able to detect the cancer in her lymph node anymore, and her cancer is under excellent control,” said Dr. Diamond “Joyce has had one of the best responses from this treatment. It’s really a breakthrough for the whole medical community.”

Brown feels like she hit a home run with immunotherapy.
“It really blows me away, I’m just so grateful—that’s what I feel is gratitude,” she said.

It’s a success in new medicine that medical experts hope will continue in the ongoing fight against not just ovarian cancer, but all forms of cancer.