"Our results suggest that Colorado's current regulations that specify a 500-foot distance between a newly drilled oil and gas well and an existing home may not protect people from exposures to hazardous air pollutants that could impact their health." 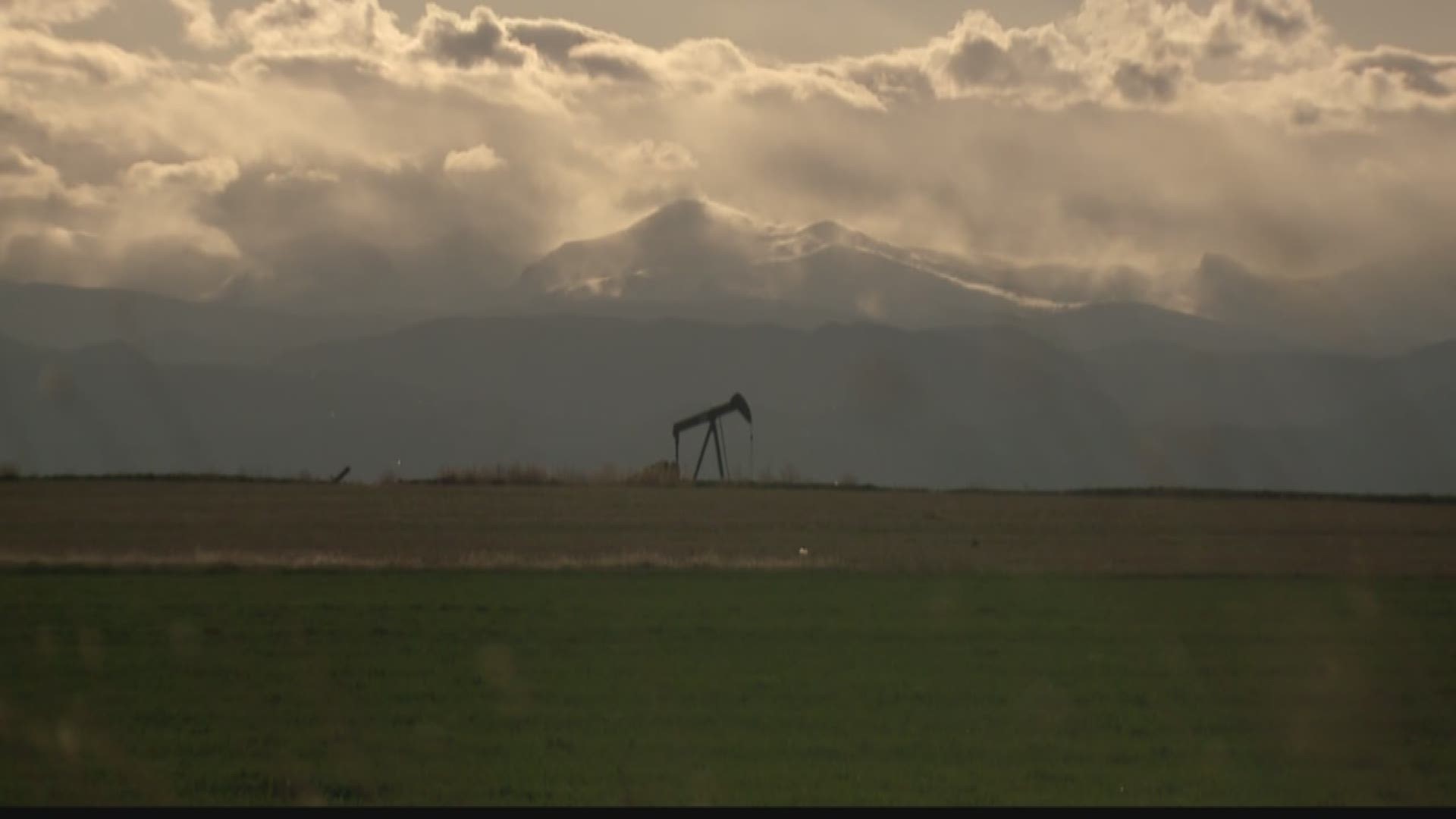 A recent study published by researchers at CU Anschutz says people living close to oil and gas wells may be at higher risk of cancer and other health issues than their neighbors further away.

Current Colorado regulations say oil and gas wells can be no closer than 500 feet to residential structures - a distance which may not be far enough to stop negative health effects, according to a press release from Boulder County.

The CU study published in the journal Environmental Science & Technology found that the cancer risk for people living within 500 feet of an oil and gas facility is eight times higher than the Environmental Protection Agency's upper-risk threshold.

The EPA sets air quality thresholds for various air pollutants, including those created by drilling. As far as the pollutants that come from oil and gas wells, those are supposed to have a lifetime cancer risk estimate of 1 in 10,000.

"These findings indicate that state and federal regulator policies may not be protective of health for populations residing near [oil and gas] facilities," reads the abstract to the CU study.

There are other health risks besides cancer covered in the study, including neurological hazards, blood and bone marrow hazards, and developmental health effects for those living 500 feet or closer to a well.

The study's lead author, Dr. Lisa McKenzie of the Colorado School of Public Health, says that their previous work shows thousands of people living along the Front Range live 500 feet or closer to an oil and gas well.

"Our results suggest that Colorado's current regulations that specify a 500-foot distance between a newly drilled oil and gas well and an existing home may not protect people from exposures to hazardous air pollutants that could impact their health," she says in a release from the school.

This new study focused on how poor the air quality nearest to the well is compared to, in some cases, more than a mile away. For one pollutant researchers tracked, the intensity was 41 times higher within 500 feet of the well than for those a mile away.

“The study provides further evidence that people living close to oil and gas facilities are at the greatest risk of acute and chronic health issues due to air pollutants emitted by those facilities,” said Pam Milmoe, Boulder County Public Health Air Quality Program Coordinator, in a press release.

Researchers say they looked at more factors than other studies have in the past, including nighttime emissions - which are worse due to what the study's authors say is high atmospheric stability at night.

The study does point out the need for more research into this subject and continued uncertainties when it comes to those living close to these wells.

The president and CEO of Colorado Oil and Gas, a trade group promoting oil and gas interests, denounced this latest study in a statement to 9NEWS.

"The Colorado Department of Public Health and Environment (CDPHE) recently analyzed 10,000 air samples of oil and gas operation at 500 feet or greater and concluded that there is ‘no substantial or moderate evidence for any health effects,’" his statement read in part. "Dr. Lisa McKenzie, lead author of the report, has participated in other inflammatory analysis that has been disavowed by state health officials and has even been described as misleading."

The recent report from CDPHE can be read here. It was released in 2017 and calls for greater research into the health effects of oil and gas operations while saying there is no need for an intervention yet.

McKenzie also spoke to 9NEWS, saying it isn't immediately clear how far back homes should be from these wells.

"We would need to do more studies and looking at various distances," she says. "I don't think there is one answer."

She pointed to the many different factors for each residence, from what else is around the home, how vulnerable the population is and several other factors.

She also explained the EPA high-risk threshold and cancer worries.

"Everyone in the U.S. has a 30 to 40 percent chance of getting cancer in their lifetime," she explained. "This is in excess of that."

The EPA allows another 1 in 10,000 to get added on as “excess” due to environmental factors. She says she found evidence that would bump that up to 8.3 per 10,000 when you’re 500 feet away from an active oil and gas well.