Parents can be unwitting source of weight bullying

Well-meaning parents could be a source of bullying for their children struggling with their weight. 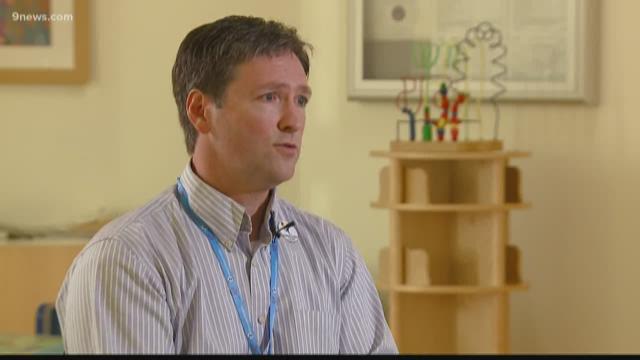 About a third of American children are considered overweight or obese according to the American Academy of Pediatrics. The group, which promotes the health of children, put out a new policy statement about the stigma experienced by children adolescents with obesity.

“The statement really wanted to raise awareness that across many domains of American culture whether it be in families, in schools, even in medical provider offices, there is a problem with weight stigma where individuals with excess weight feel devalued,” said Dr. Matthew Haemer Medical Director of the Lifestyle Medicine Weight Management program at Children’s Hospital Colorado.

Weight stigma is primarily expressed through teasing or bullying and it’s not just from peers. More than two thirds of adolescents surveyed at a weight loss camp said they had been teased or bullied about their weight by a parent.

“So the idea is that if I label my child, my own child, as being quote un quote fat, which is a really negative term that we know should be avoided, perhaps that might be a motivator for them to start eating more healthfully,” said Richard Boles, a pediatric psychologist with the Lifestyle Medicine Program at Children’s Hospital Colorado.

Boles says that type of behavior is unlikely to help and could really have a negative impacts on a child’s overall health.

“It shows an association with increasing unhealthy behaviors,” said Boles. “The interesting thing is there’s a study that actually shows being teased by family members predicted obesity in an even stronger way than being teased by peers. So that kind of interaction at home really has a profound effect that ultimately leads to effects on their health."

Those effects can include being less physically and socially active and the development of eating disorders. But there are things parents can do to promote a healthy weight without making their child feel bad.

“It’s a very difficult one to have, but I encourage parents to have that conversation, to sit down frankly and talk to a child about how they’re feeling about their weight and what might motivate them to take action,” said Dr. Haemer. “Is it that they're interested in being a better athlete? Is it they want to feel more comfortable in the clothes that they wear? Or to have more acceptance with their peers? These are all the real things that are going on in the lives of young children.”

Dr. Haemer says children often don’t have the same concerns that their parents might when it comes to weight.

“They may not be considering things like they're at risk for things like Type II Diabetes or Heart Disease,” he said.

One of the best things parents or other adults can do is to think about the words they’re using and avoid ones that have a negative stigma attached to them. They can include, fat, obese, lazy or weak-willed.

“Those are not helpful terms and to really replace those kinds of words with really a focus on becoming healthy and engaging in healthy behaviors each day to really remove the conversation from what your weight is really to more about how you can be healthy each and every day with what you do,” said Boles.

For more information about how to talk with your child click here. or visit Ruddrootparents.org