City crews were out near 13th and Clarkson in downtown Denver early Wednesday morning. 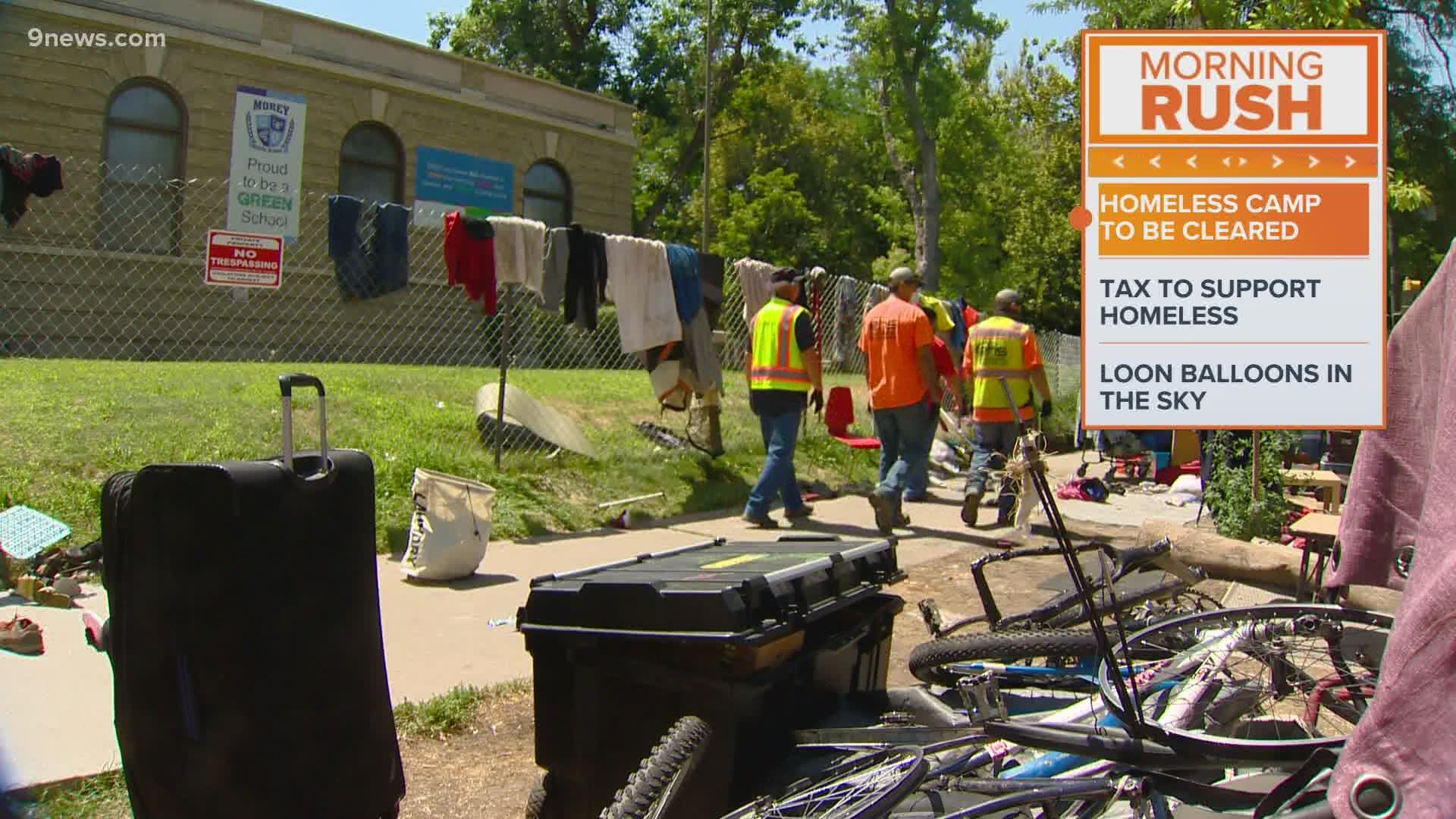 DENVER — Crews were out in Denver's Capitol Hill neighborhood Wednesday clearing a camp occupied by those experiencing homelessness.

The cleanup was conducted at an encampment near Morey Middle School, located near East 13th Avenue and North Clarkson Street.

Representatives with Denver Homeless Out Loud (DHOL) were at the encampment on Monday connecting those experiencing homelessness with resources and help collecting their possessions.

Denver officials said last week that a cleanup similar to the one at Lincoln Memorial Park was planned for Morey Middle School, but Mayor Michael Hancock declined to say when that would happen.

Two people were arrested during last Wednesday’s protest at Lincoln Memorial Park, and Denver School Board member Tay Anderson was injured. The camp was home to 150 tents and roughly 200 inhabitants, DHOL said.

DHOL estimated earlier this month that there were upwards of 600 tents belonging to urban campers in Denver, about 80 of which are set up at the encampment by Morey Middle School.

On Friday, Hancock said that cleaning up these encampments is not just about keeping the inhabitants safe from conditions where he said the novel coronavirus, discarded needles and rat infestations were all concerns.

“We cannot allow for these encampments to persist in our city, period,” Hancock said.

The Denver Department of Transportation and Infrastructure (DOTI) said they did a "larger-scale cleanup effort on May 20" around Washington Street and 13th and 14th avenues.

That forced the people who lived on those streets to move further east on 13th onto the sidewalk at Emerson Street next to Morey Middle School.

Hancock also said Friday that the city is focused on connecting those experiencing homelessness with services.