How to talk to your teen about suicide

Suicide rates among people ages 15-19 are spiking. Here are ways to talk to kids and help prevent it. 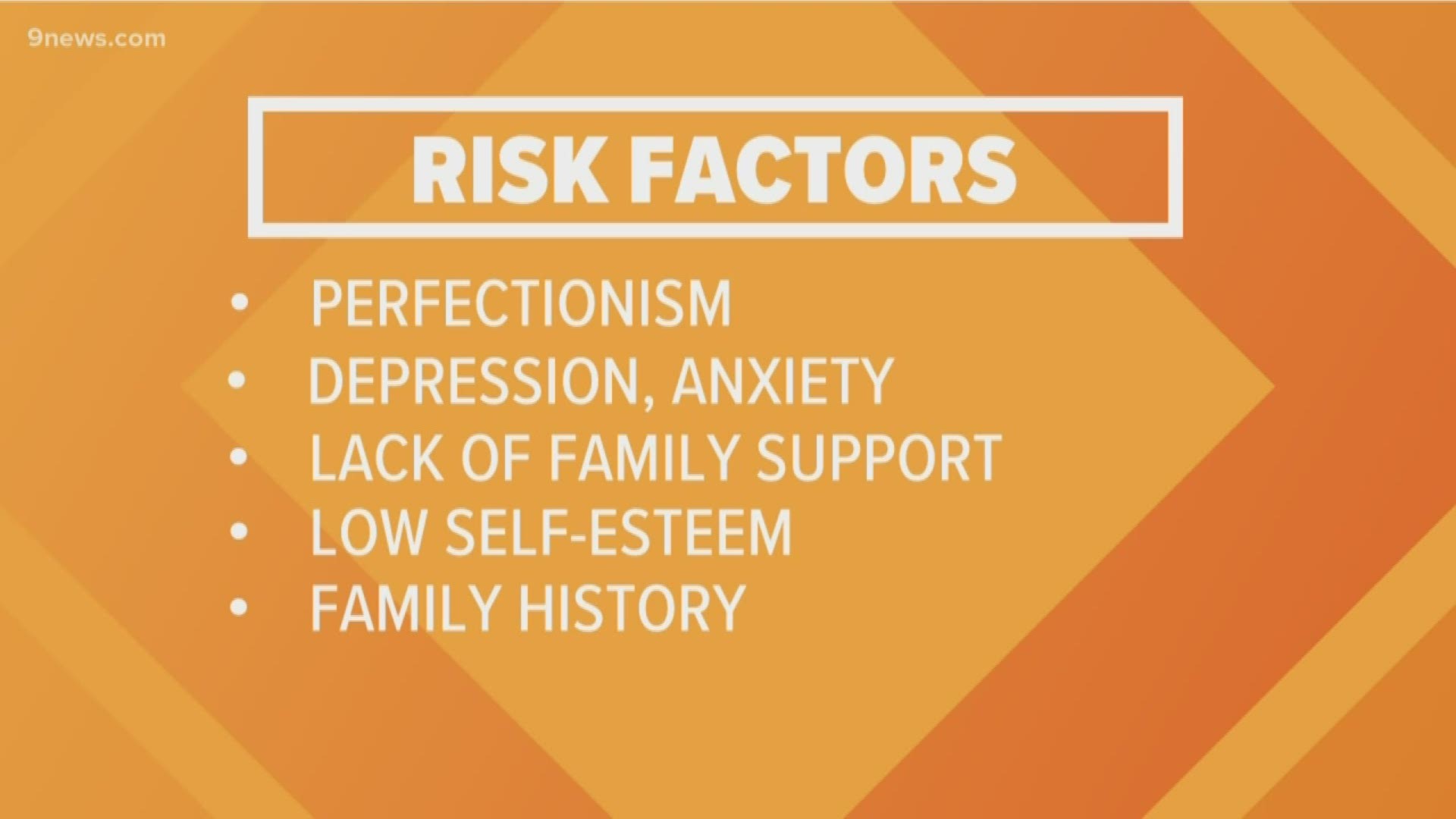 DENVER — Teen suicide in Colorado is spiking, with about 20.4 deaths per 100,000 in 2019, according to a recent report from United Health Foundation.

Ahead of the event, 9Health Expert Dr. Payal Kohli discusses teen suicide and how to approach talking with your teen.

What are the risk factors for teen suicide?

In 2019 in Colorado, male teens were twice as likely as female teens to commit suicide and most victims were white. Other risk factors are listed below:

How does one talk to a teen about suicide?

There is a misconception that talking to teenagers about suicide will plant the thought. This is not true. Below are some suggestions for talking with your teen.

Instead of talking directly to them about suicide, some teens prefer that the topic is approached in an academic manner. So, try to talk to them about risk factors for suicide instead and what causes depression as a way to open the conversation. Explain that depression is just like any other physical disease and not a sign of weakness. This may help your teen understand mental illness better and feel more comfortable sharing his/her own thoughts.

Talk about suicide in “displacement."

Bring up a celebrity that has committed suicide like Kate Spade or Robin Williams and assess his/her reactions to the concept of suicide and see what questions your teen has.

For some teens, this may be the best method. Without talking about suicide directly, just listen, check in frequently and offer support/reassurance to prevent your teen from feeling socially isolated.

How do you prevent suicide?

Keep an eye open for signs and symptoms that may suggest depression. Studies show that nine out of 10 teens who successfully commit suicide portrayed some signs of depression or psychiatric illness beforehand. This means listening even when they are not talking, paying attention to changes in their behavior, mood, appetite or sleep patterns. Keeping track of their friends and anyone they are not getting along with or if they may be getting bullied.  And don’t shrug off any threats as “teenage drama,” because making a suicide threat is one of the biggest predictors of successfully committing suicide.

Suicide prevention in a nutshell: