There are many forms of treatment for depression.But doctors are now using a non-invasive method for patients who are considered medication-resistant. It’s called Transcranial Magnetic Stimulation. 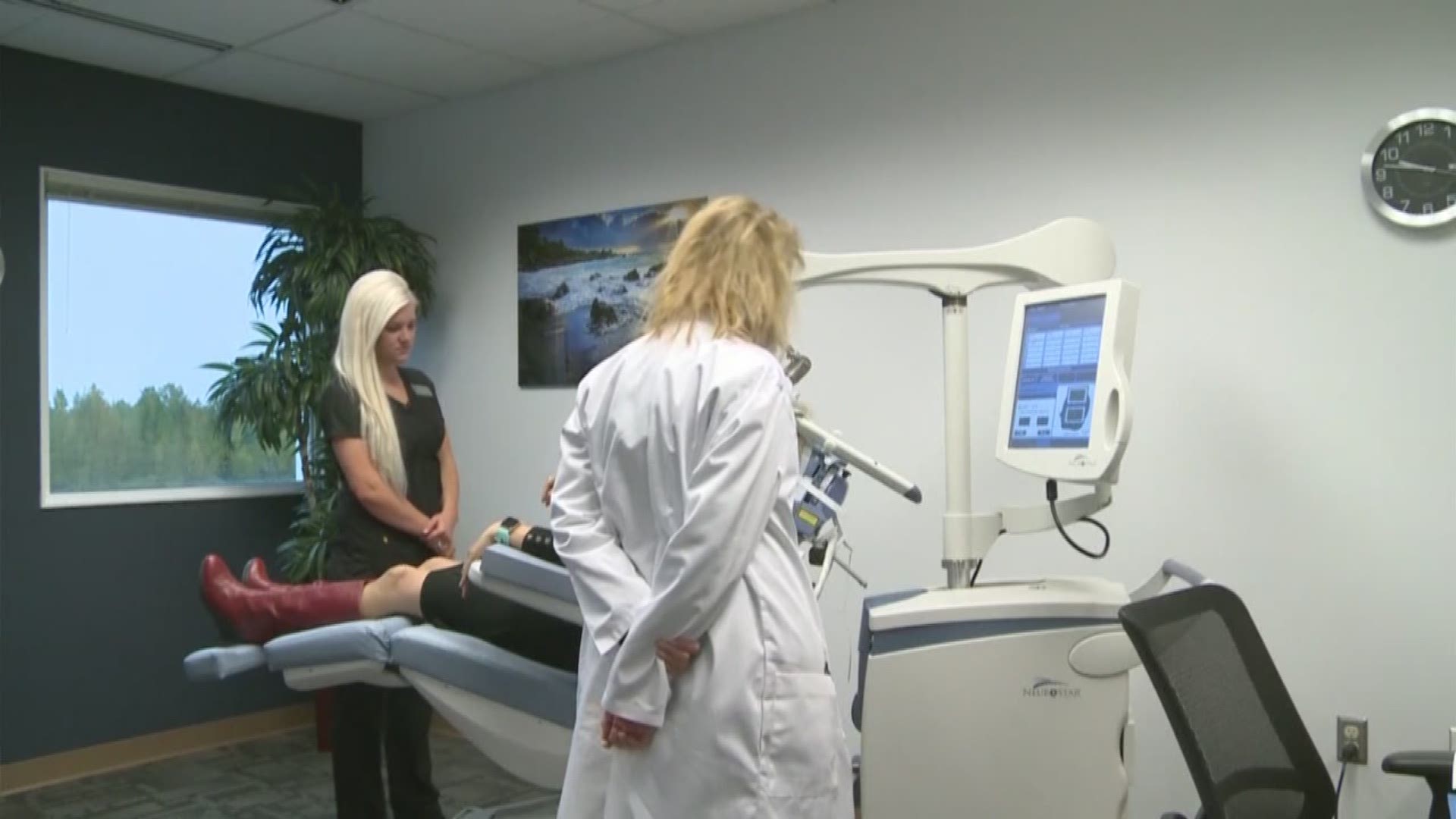 Neuro star is one of two machines used to treat depression, utilizing MRI strength magnets to deliver pulse magnetic fields to the area of the brain involved in depression.

Rebecca Edge is getting a non-invasive form of treatment for chronic depression using transcranial magnetic stimulation technology, and after more than sixteen treatments, she's noticing a difference.

"I feel like I am not just exhausted and sad all the time. That's really a big thing, just being sad all of the time. And I’m not like that right now. Even when some crisis' come up, I feel like I can think about it rationally and talk about it," says Rebecca.

Doctor Cheryl Hodges says, she’s seen a sixty to seventy percent remission rate for her patients, and they don't present systemic side effects the same way medications do.

"In a depressed person, the brain isn't firing appropriately. It's not active; it's not releasing adequate amounts of neurotransmitters. It's not utilizing glucose and oxygen. So, with TMS, we literally make the brain fire, and we do that by introducing the magnetic energy,” says Dr. Hodges.

For other patients like Charles Middleton TMS has pulled them away from some of their darkest thoughts.

"Well, I’m not irritable. I don't think about suicide like I used to. I mean it passes, but it's not a continuous thought all of the time," says Charles.

T-M-S treatment may not be for everyone. The center says there is a small risk of seizures. But for those who find comfort, it's a method that’s putting them on a path toward getting better.

Transcranial Magnetic Stimulation is available in many locations in the northwest and costs between 400 and 500 dollars per session; the recommended therapy can run up to 15 thousand. But not all insurance companies will cover the cost, so It’s a good idea to check with your insurer.