Two Colorado children have died from the flu this year

The flu is considered widespread in Colorado this year. 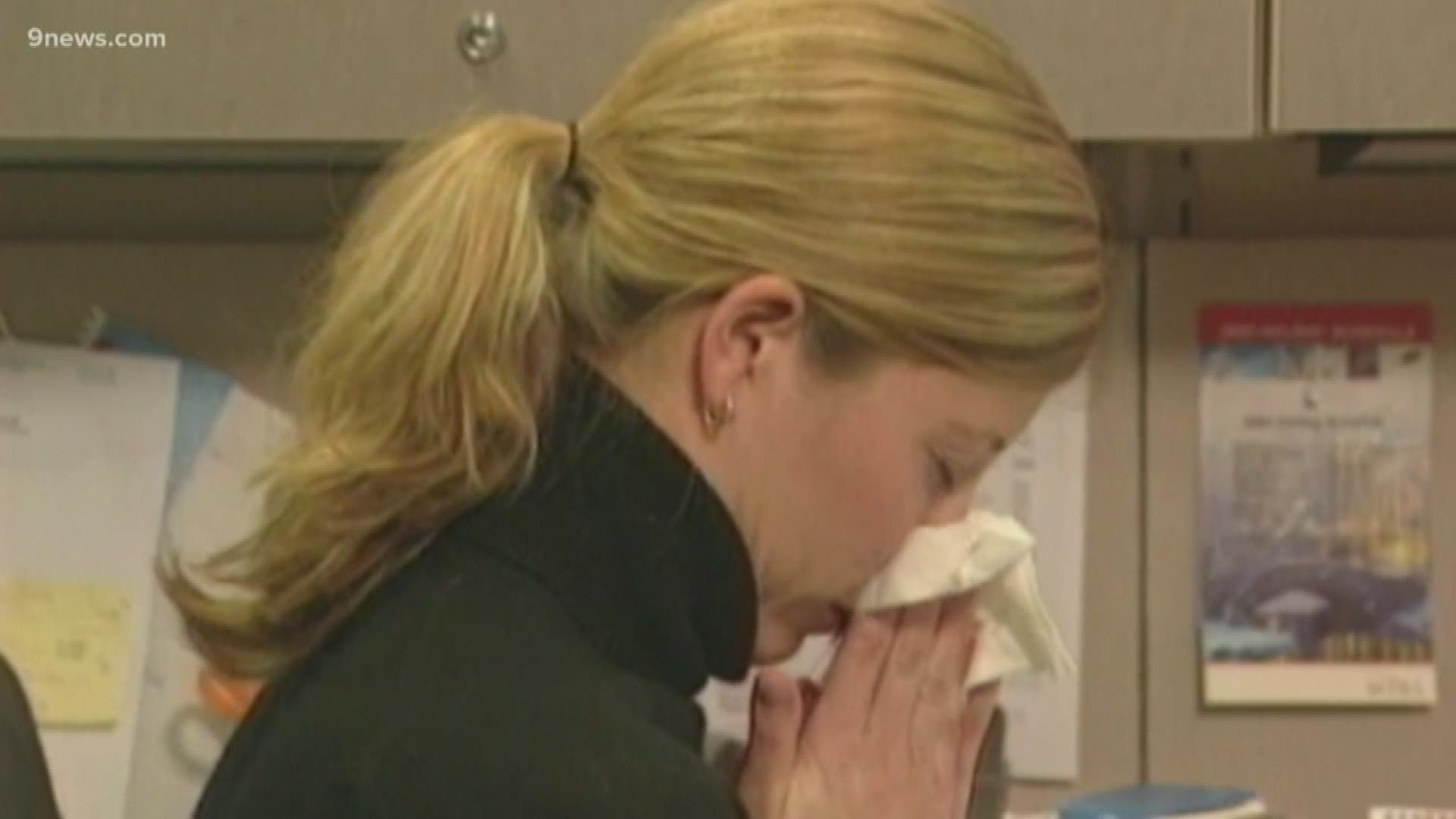 COLORADO, USA — A preschool-aged child in Colorado has died from the flu, the Colorado Department of Public Health and Environment (CDPHE) said Thursday.

This marks the second pediatric flu death in the state this season, according to CDPHE.

The child has not been identified, but CDPHE said that they lived in southern Colorado. The department also does not know whether the child was vaccinated against influenza.

A school-aged child also died from influenza the week of Jan. 18, CDPHE said. That child lived in a rural community outside the Denver metro area.

A map from the Centers for Disease Control shows there are 45 states where the flu is considered widespread. Colorado is one of them.

Since Sept. 29, 1,735 hospitalizations have been reported in Colorado.

December, January and February are part of the peak of flu season. CDPHE said that while flu is circulating, it is not too late to get a flu shot.

RELATED: VERIFY: How effective is the flu vaccine?

RELATED: Winter flu season is here early, could be intense

The department recommends everyone six months and older who has not had the yearly vaccine get it. Children who are younger than 9 years who are getting the flu vaccine for the first time, and those under 9 who have only previously gotten one dose of the vaccine, should get two doses of the vaccine. The first dose should be given as soon as the vaccine becomes available. The second dose should be given at least 28 days after the first dose.