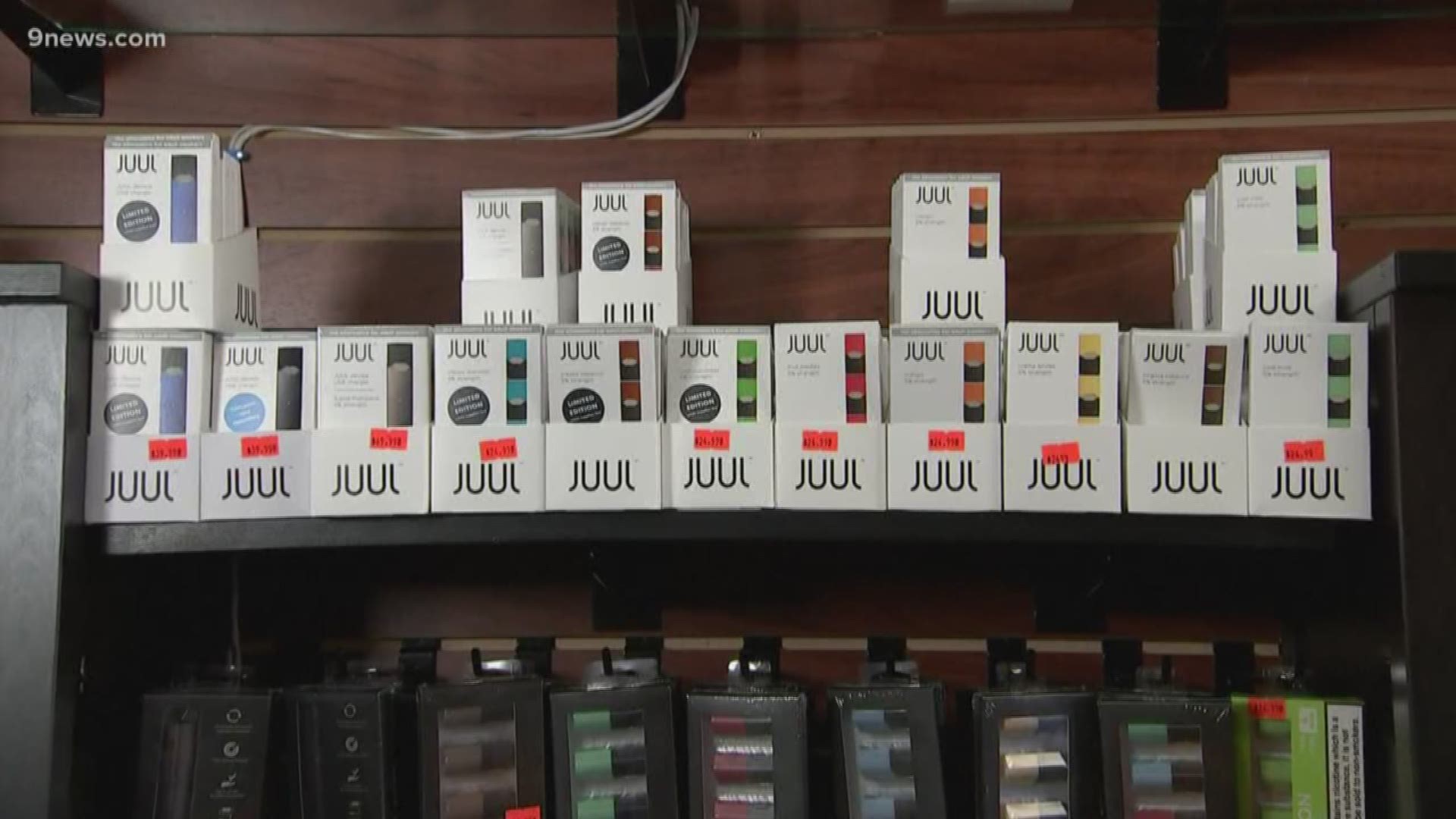 A Colorado man wants the popular vape company Juul to pay for “pain, suffering and emotional distress” as a result of a nicotine addiction, according to a lawsuit filed in Federal court this month.

Mohammed Aldawoodi, 19, filed the lawsuit in U.S. District Court in Denver and is seeking more than $75,000 in compensation from Juul Labs, based in California.

“Plaintiff was and still is caused to suffer serious and dangerous side effects including….nicotine addiction as well as other severe and personal injuries which are lasting in nature, including diminished enjoyment of life, as well as the need for lifelong treatment for addiction, monitoring, and/or medications, and fear of developing other health consequences,” the lawsuit reads.

Juul vaping devices have become popular among Colorado teens as public health officials raise concerns and alarm over the state’s teen vaping rate, which is the highest in the country at 27%, according to the 2017 Healthy Kids Colorado Survey conducted by the Colorado Department of Health and Environment.

The Center for Disease Control (CDC) has documented 34 deaths with 1,604 injuries related to vaping across the country.

In Colorado, health officials have tracked eight illnesses with no confirmed deaths so far. The death of an 18-year-old was thought to be the state’s first vaping related fatality, but the CDC on Jan. 8 determined it was not a case of E-cigarette, or Vaping, Product Use-Associated Lung Injury (EVALI). The CDC also decreased the number of cases of vaping-associated lung illness in Colorado from 12 to eight saying it is now only counting individuals who were hospitalized with the illness.

Seth Katz, a Colorado attorney for the Burg Simpson law firm who filed the lawsuit declined to comment.

“He is not interested in speaking with you,” a woman who answered the firm’s phone said.

9NEWS also reached out to Juul’s spokesperson for comment but has yet to receive a response at the time of this publication.