The death was not a case of E-cigarette, or Vaping, Product Use-Associated Lung Injury (EVALI). 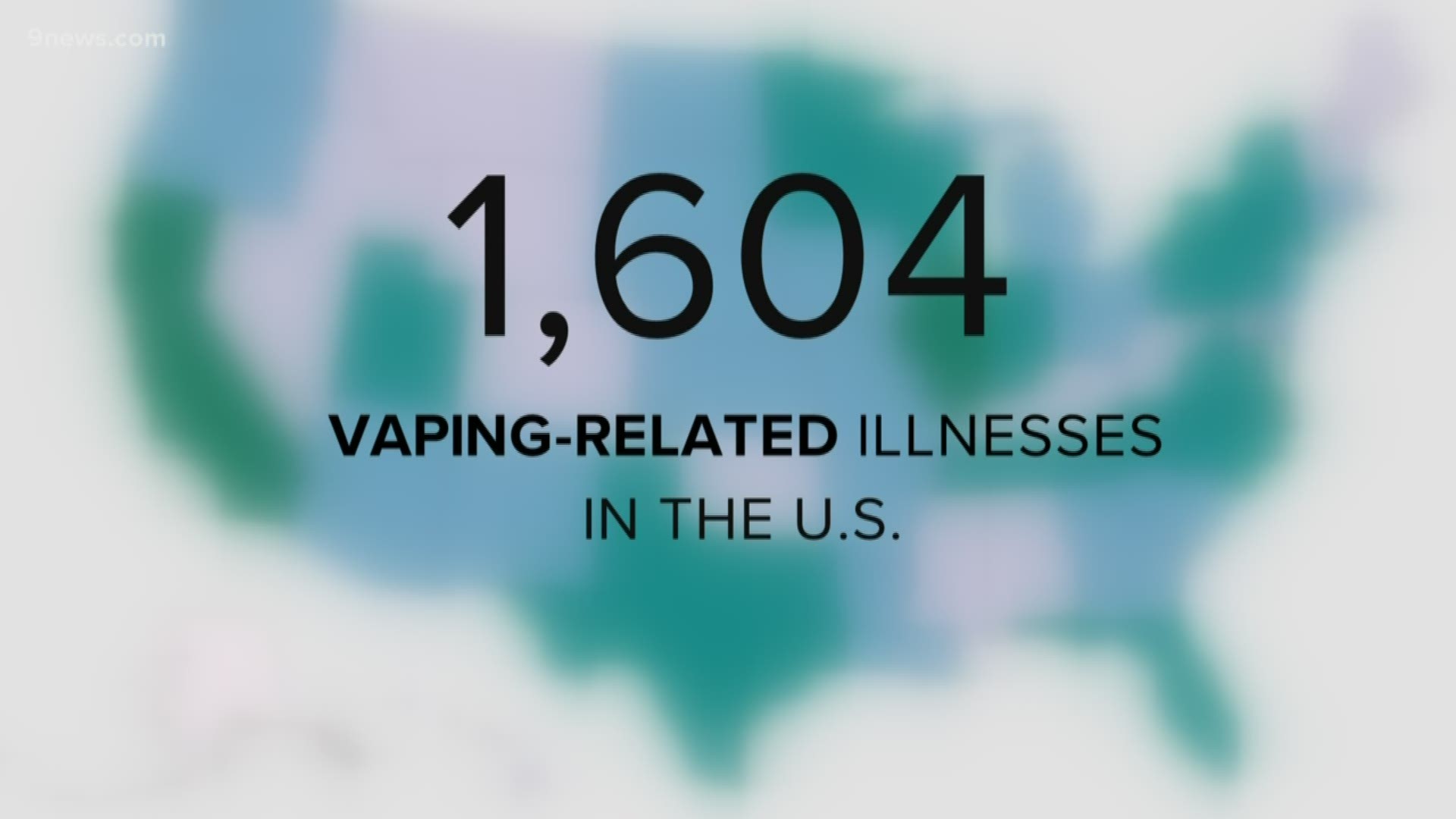 DENVER — Colorado's health department concluded the death of an 18-year-old Denver-area male was not related to vaping.

In October, Colorado Department of Public Health & Environment (CPDHE) spokesperson Shannon Barbare said they had a number of cases under investigation, including that death.

Health officials also said that there are fewer reports of vaping-related illnesses coming in.

The Centers for Disease Control and Prevention (CDC) said 125 additional cases nationwide were reported in October bringing the total to 1,604 in 2019's outbreak.

The CDC on Jan. 8, however, said it decreased the number of cases of vaping-associated lung illness in Colorado from 12 to eight, now only counting individuals who were hospitalized with the illness.

RELATED: Vaping-related illnesses in US still rising, but more slowly

The vaping illness outbreak appears to have started in March. No single ingredient, electronic cigarette or vaping device has been linked to all the illnesses. Most who got sick said they vaped products containing THC, the high-inducing ingredient in marijuana.