The Fight Oar Die team competed in one of the world's most challenging races to raise awareness for the mental health of veterans. 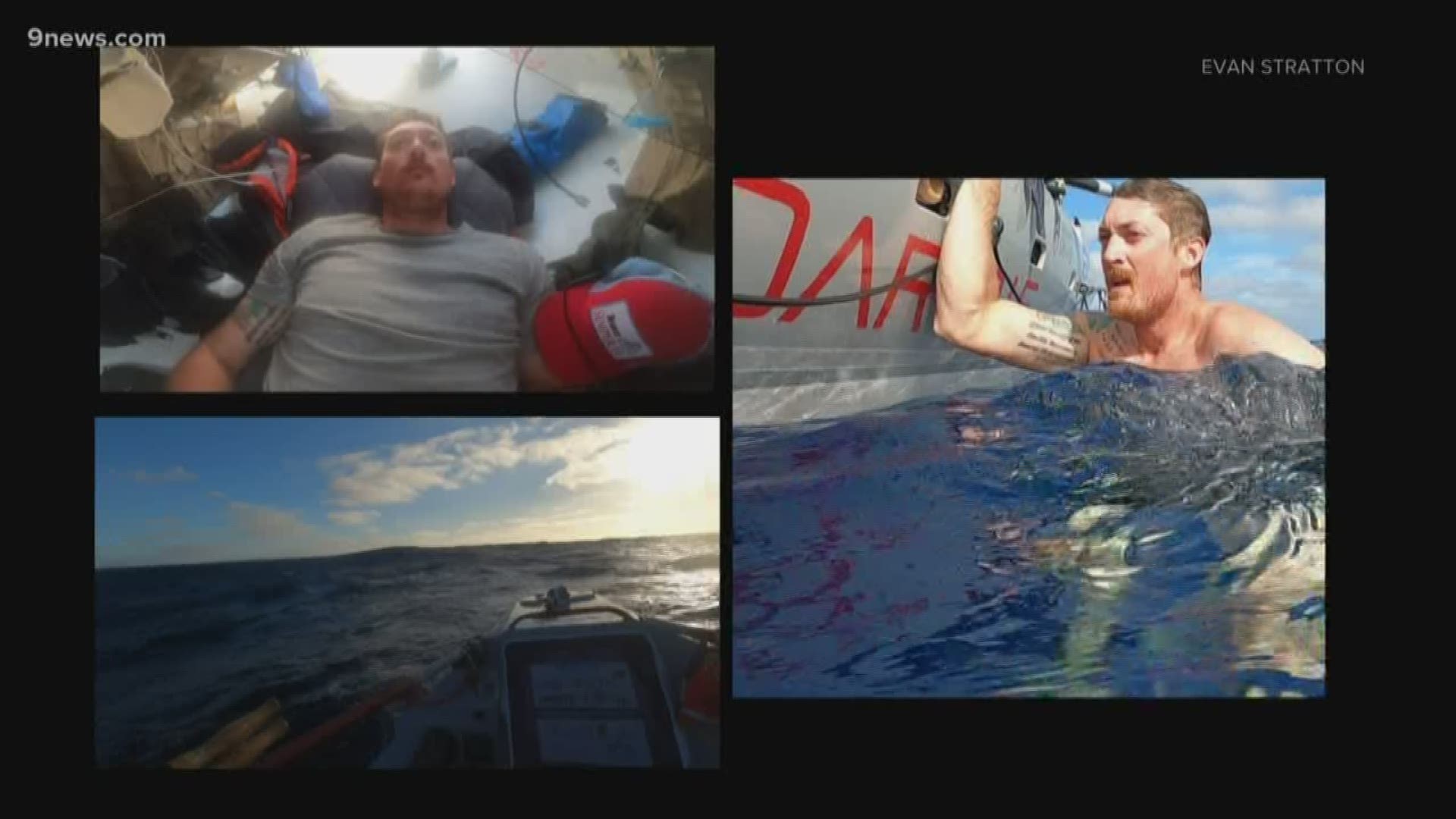 Fifty days, 11 hours and 35 minutes. That's how long it took the Fight Oar Die team to row across the Atlantic Ocean from the Canary Islands to the Caribbean.

RELATED: Team of veterans prepare to row across Atlantic Ocean to raise awareness for mental health

The team rowed 3,000 miles to help raise awareness for some of the issues veterans face, especially mental health.

"The row is like a world of extremes on both ends of the spectrum," said Evan Stratton, a veteran from Colorado and one of four members of Fight Oar Die. "From some of the coolest days with some of the most incredible sunrises to some of the most down in the trenches, difficult, don’t want to do anything stormy dark days."

Stratton has been dealing with his own mental health, talking about PTSD before the team left for the race:

"I had a traumatic brain injury," he said in November. "I had reintegration challenges and I also lost my best friend. I dealt a lot with PTSD. When you leave the military, a lot of veterans are losing their security. They’re losing a paycheck. They’re losing a brotherhood."

Stratton said during the race, nearly every day looked the same. But he learned to measure time through moments. There were the moments he was present for, and moments he was not.

"My wife put together a bunch of different cards with pictures in them," Stratton said. "Missing Beck, missing my son. The day me and her met. New Year's Eve. Christmas. Missing family was definitely a really hard piece of it. I missed the first Christmas, first birthday for my son. It’s hard when you’re not there for those things."

The cards his wife wrote before he set off to row across the Atlantic mark the time he spent thousands of miles from civilization in a 28-foot rowboat with other veterans on a mission to make a difference.

The Fight Oar Die team finished one of the hardest races on the planet, spending all that time on the ocean not for themselves, but for those back home who are struggling.

"Life can be pretty daunting at times, especially when you’re facing issues like PTSD, depression and suicide," said Stratton. "It just takes one step forward, it takes one stroke to get going. That’s what we want veterans to know, to give them that spark that there’s a lot more to live."

Of all the cards he read, the moments he missed were not for nothing. They showed every struggle has a finish line.

"I don’t want to be an inspiration, just an example. It’s doable. You can achieve it, you just have to get out and do it," said Stratton. "I’d do it again. Find the right cause, the right team. There’s a Pacific Ocean, the Indian Ocean, there’s bigger and better challenges out there."

RELATED: A veteran says goodbye to the B-cycle bikes he loved