Thanks to technology, patients at UCHealth facilities across Colorado can now get a front seat at Empower Field at Mile High. 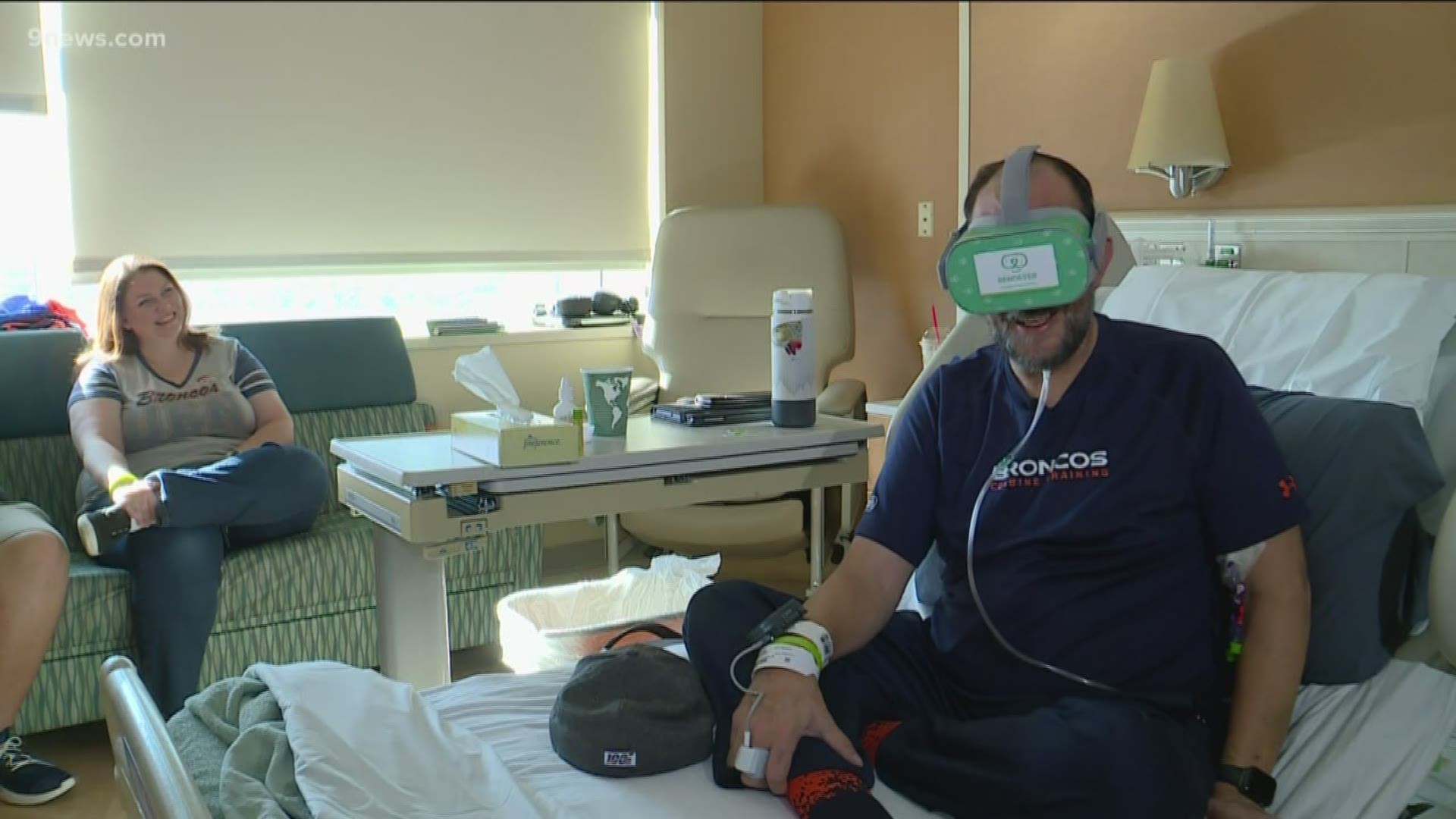 DENVER — Virtual reality headsets have been in many UCHealth clinics for more than a year, transporting patients to places like the beach, the forest and even The Grand Canyon.

And now, they’ll be able to go to a Broncos game.

“We saw the effect it was having in different aspects all over,” UCHealth’s Senior Director of Experience and Innovation Nicole Caputo told 9NEWS. “We thought, 'Let’s just give it a try!'”

The team filmed every home game last season with a 360-degree camera, giving fans like Eric Ramirez a front seat view at Empower Field and the team’s training center.

“When you put that on, it takes you from here and puts you someplace else,” Rameriz said from his hospital bed at UCHealth University of Colorado Hospital. “Sometimes, the nicest thing you can do is just get out of here…and that’s what that’ll allow you to do: to get out of here without actually leaving the room.”

Ramirez was diagnosed with angioimmunoblastic t-cell lymphoma in October. He lives in Cheyenne, Wyoming, but his doctor told him the best place for the care he needed was at UCHealth in Denver.

“My family is willing to do whatever it takes to make sure I get the treatment that I need," Caputo said.

A Broncos fan his whole life, Ramirez has watched the past two games decked out in orange and blue from the hospital. He put the headset on for the first time with 9NEWS on Monday.

“When you get to witness a patient put on the headset, there’s nothing cooler than that," Caputo said.

After a successful pilot program in 2017, Caputo has expanded the VR program statewide.

“We’ve slowly started adding different areas, like our burn center. We’re going to start [the program] in wound care, and in dialysis," Caputo said. "We’re doing a pilot in a laboratory for people who hate needles."

The goal is to continue to add more UCHealth facilities and clinics, and eventually bring live 360-degree views when the technology improves.