While undergoing chemotherapy treatments, Lt. Tracy Post fought to make sure other firefighters with breast cancer would receive benefits. 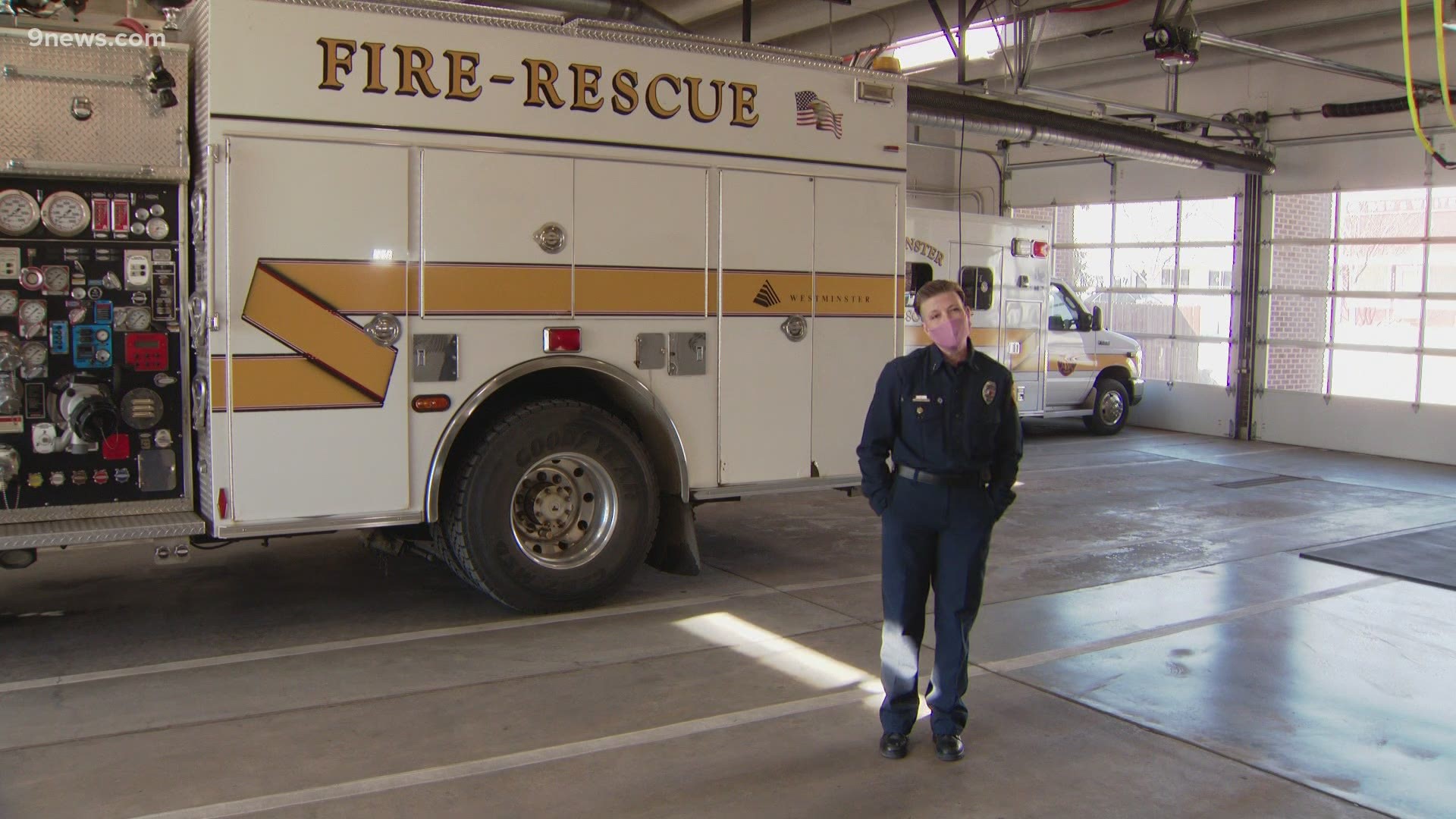 WESTMINSTER, Colo — All Colorado firefighters who are diagnosed with breast cancer will now receive benefits from the Colorado Firefighter Heart and Cancer Benefits (CFHCB) Trust, thanks to a Westminster fire lieutenant who appealed the denial of her claim.

“I needed to find the thing that will show them that breast cancer is a firefighter’s disease,” Lt. Tracy Post told 9NEWS. “As exhausted as I was, I knew if I didn’t do it, somebody else was going to have to. I was just frustrated enough at the situation that I was like, well, I’m going to find a way to make this happen.”

Post was diagnosed with stage two invasive ductal carcinoma in 2019; a type of breast cancer that forms in the milk duct of a breast and can invade into the surrounding breast tissue.

It is also a type of cancer that is not covered for firefighter benefits in Colorado.

“Quite often we do not know what we do not know,” Westminster Fire Chief Doug Hall told 9NEWS. “I was not aware that breast cancer was not covered by the trust; however, what I’ve learned has made it very clear as to why it has not been recognized. Breast cancer is typically associated with the female gender, and with the fire service dominated by males, there is little available information, as compared to the other covered cancers.”

Female firefighters make up less than 10% of the fire service, according to The National Fire Protection Association.

The trust was formed in 2017 to help firefighters with medical bills and time off when they were battling cancer. It provided another option for firefighters who had been relying on the presumptive cancer law for coverage since it was enacted in 2007.

“[The law] caused a lot of heartache between municipalities, districts and firefighters. So, if you came down with cancer, you ended up having to sue your place of employment for protections,” Fire Lieutenant and Westminster Fire Union President Ronnie Taylor said. “So, Colorado firefighters fought very hard to get the cancer trust put into place.”

The trust, and the presumptive cancer law, covered the five most predominant cancers among firefighters.

“Very few breast cancer cases were prevalent [in Colorado],” Lt. Taylor said. “That’s even if female firefighters were bringing them to the table.”

Post did not have any immediate family history of breast cancer, and her only predisposition was the dangers of her career.

“I’ve always been told, it’s not a matter of if you get cancer as a firefighter, but when,” Post said. “I don’t think there’s any firefighter in the state of Colorado or in the nation that would tell you that they’re 100% not worried about ever developing some kind of cancer. That’s why we have presumptive cancer laws. That’s why we have the heart and cancer trust.”

Through a double mastectomy and chemotherapy treatments, Post started fighting. First, she tried appealing her claim. A committee with the trust denied it.

“I didn’t hold any malice towards that. Their hands are tied by legality. I know every single member of that board would have helped me if they could have,” Post said.

They told her there was not enough evidence to get her the coverage she wanted, but encouraged her to keep digging to make a change for future firefighters.

“The challenge that I faced was trying to demonstrate that breast cancer is a risk in the firefighting population more so than the general population, and that the carcinogens that we are exposed to every day, not only are they known carcinogens, but that they cause breast cancer specifically,” Post said. “That was a challenge, because there’s not a lot of women in the fire service. There’s not a lot of research.”

She spent nine months combing the internet, making connections and finding evidence on her own.

“One backwards blessing of chemotherapy is you get crazy insomnia, so every waking hour, it was always running through my mind. What do I need to search for?”

Over time, she found evidence that dioxins, which are produced when anything combustible is burned, are linked to cancer in all parts of the body.

She even dug into sleep patterns, and found a link between interrupted sleep and estrogen levels.

“There’s a known carcinogen called 'Light at Night’,” Post explained. “It’s linked to breast cancer specifically. When you are woken up in the night, your circadian rhythm gets disrupted. Your circadian rhythm produces melatonin, and melatonin in females suppresses estrogen. So, if you have an influx or uncontrolled estrogen production, that estrogen mutates your genetic material in your breast tissue and causes tumors. I sorted out all the calls that we had that were between the normal sleeping hours, and then I presented that as a standard. For us here at the city of Westminster, it was 25%. That’s significant.”

Post became a scientist, a researcher and a lawyer, all while fighting cancer.

She finally compiled enough evidence to convince the trust committee to begin including breast cancer in their coverage in August of 2020.

Beginning on Jan. 1, any firefighter with breast cancer will be included in the trust.

“Tracy recognized that she would not directly benefit, but that did not dissuade her,” Chief Hall said. “This type of commitment and dedication, from my perspective, is what makes firefighters unique. What Tracy achieved enables us to consider her a true servant leader and I would say a hero in the world of firefighters. Hardly has a single individual created such impact on the fire service profession.”

Hall and Taylor are working on a recognition event with State Representative Shannon Bird on March 19.

After that, Post hopes her work will inspire more change.

“Eventually, I would hope that the presumptive cancer law would catch up to the trust, because the trust did something innovative,” Post said. “They’re acknowledging that our disease process, what’s important in us physiologically, is important to the firefighting community.”

In the meantime, Post continues her battle with cancer. She hopes to be in remission in five years.

“I found an amazing fulfilment in being a firefighter, but this is something that’s just…it’s beyond me,” Post said. “It helps on a scale that I never even anticipated. So, for me, that just…I could retire tomorrow knowing that I made a difference.”