What happens after someone makes a school threat?

When these kinds of calls come in, officials take every precaution to make sure it's credible. 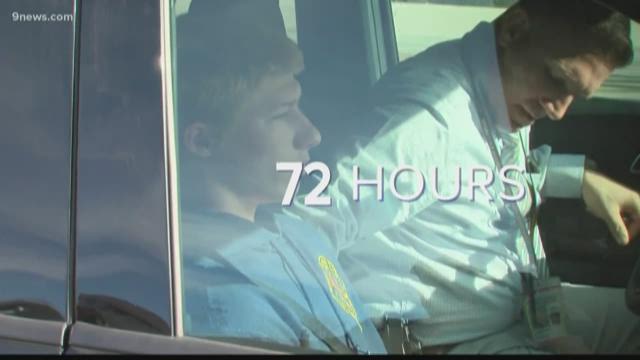 A student was taken into custody Wednesday morning after making a threat toward Bear Creek High School that several students saw on social media and reported.

Reported threats like this have become more common in wake of the shooting at a school in Parkland, Florida that claimed the lives of 17 people.

When these kinds of calls about threats come in, officials take every precaution to make sure it's credible.

If they're able to pinpoint who made the threat, one of the first places that person is taken to is the emergency room for a mental evaluation.

That person's mental health goes under a microscope.

"How credible is this? Do you have a history of mental illness? Are you on medication? Are you not taking your medication? How often have you been arrested?" Sasson said.

She says those are just some of the questions doctors ask to decide if someone's threat is credible.

"If you come in saying you want to hurt yourself and hurt others, we're going to take that threat very seriously so police may be called, family, friends may be called," she said. "More often than not, we'll be safe and we want to make sure we do that full psychiatric evaluation."

That means a 72-hour psychiatric hold that could lead to long-term treatment.

Sasson also says if you are placed under psychiatric hold, you could spend your time in in the actual emergency room waiting for a psychiatric bed.

She says she's seen cases where it's taken up to two weeks.

The bottom line is, this is not a joke. If you make a threat, officials will take it seriously.