What you need to know about measles

A day after the Colorado Department of Public Health warned of possible measles exposure at multiple locations throughout the metro area, we're taking a look at what risk measles poses. 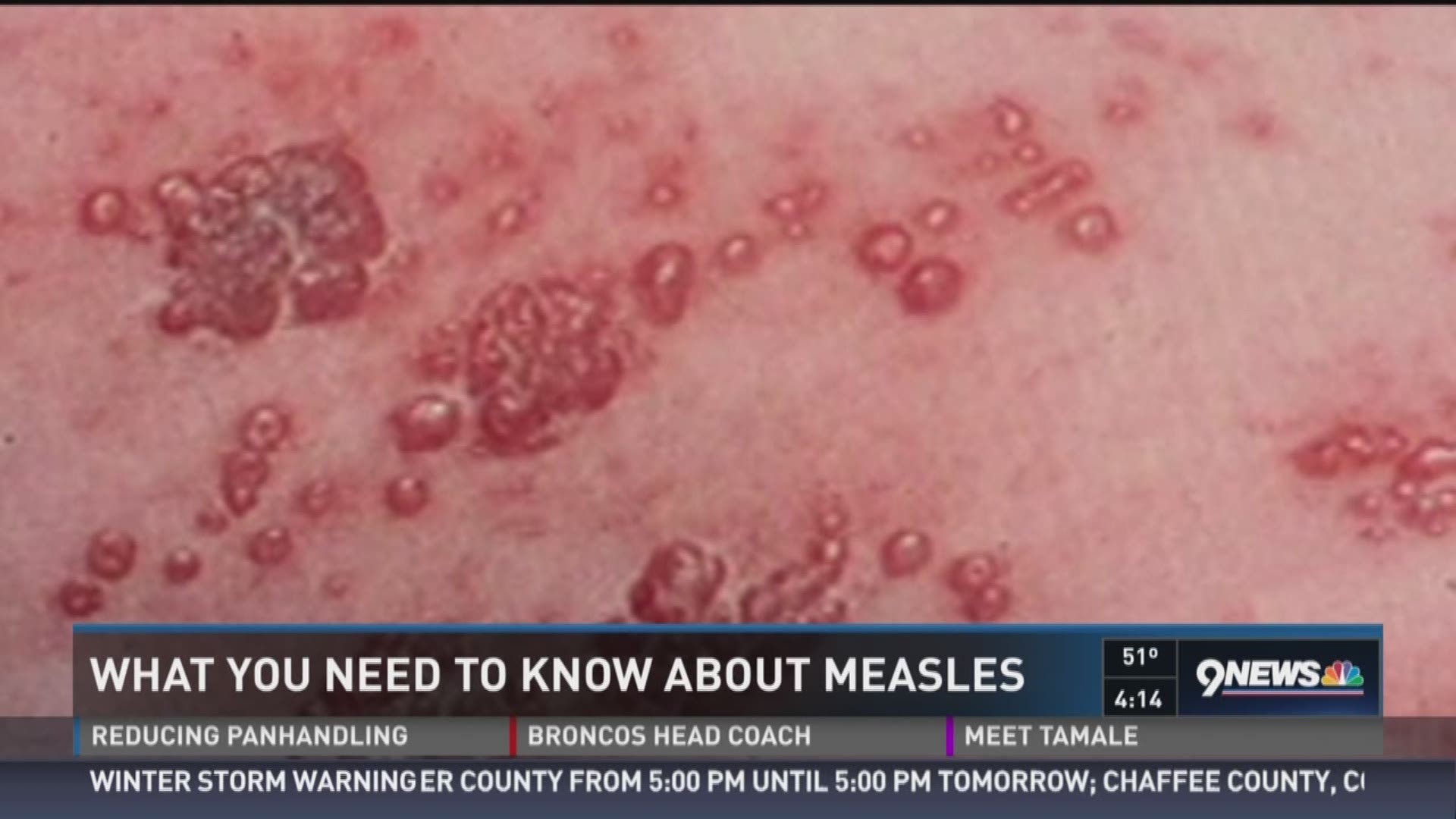 KUSA - It's a virus Dr. Christine Darr knows all too well.

"Measles is a virus. There's no anti-viral or medicine to make it go away," said Dr. Darr, medical director for Rocky Mountain Hospital for Children Pediatric Emergency Department.

She was on the front lines of a major measles outbreak in Chicago back in 1989, which the Centers for Disease Control says affected more than 2,000 people and killed 8.

"Measles can be fatal. It's more fatal in developing countries,” Dr. Darr. “The mortality rate there is 4-10 percent. Mortality rate here is lower."

However, on Monday, the Colorado Department of Public Health and local health departments in the metro area warned of the potential of measles exposure in late December, from an adult who had traveled overseas, contracted the virus and went to nearly 20 public locations in the metro area - creating a potential for it to spread.

"This is a particular virus that's very contagious and you don't have to have person to person contact for this virus to spread,” Dr. Darr said. “You can just enter the same public space where another person was that had the measles virus."

Generally-speaking, to get measles, you have to touch something that someone who has measles also came into contact with. There is no cure for it, but immunizations can prevent it.

"Prior to the vaccine that came out in 1963, it was seen quite commonly,” Dr. Darr said, “but decreased to less than 1-percent of the population after the vaccine was started."

Here in Colorado, the state has some of the lowest vaccination rates in the country: about 82-percent of kindergartners. Nationwide, it's higher – 95 percent.

"My advice to parents is to speak with your pediatrician or your family practice physician to review the literature that you've read and look at the medical literature together with your doctor for what's the best way to keep your child safe and to immunize properly," Dr. Darr said.

Those at greatest risk of getting measles are the young or people with compromised immune systems.