Former Gov. Hickenlooper said some of Sen. Bernie Sanders’ proposals like Medicare for All and the Green New Deal are too extreme... and a meme was born. 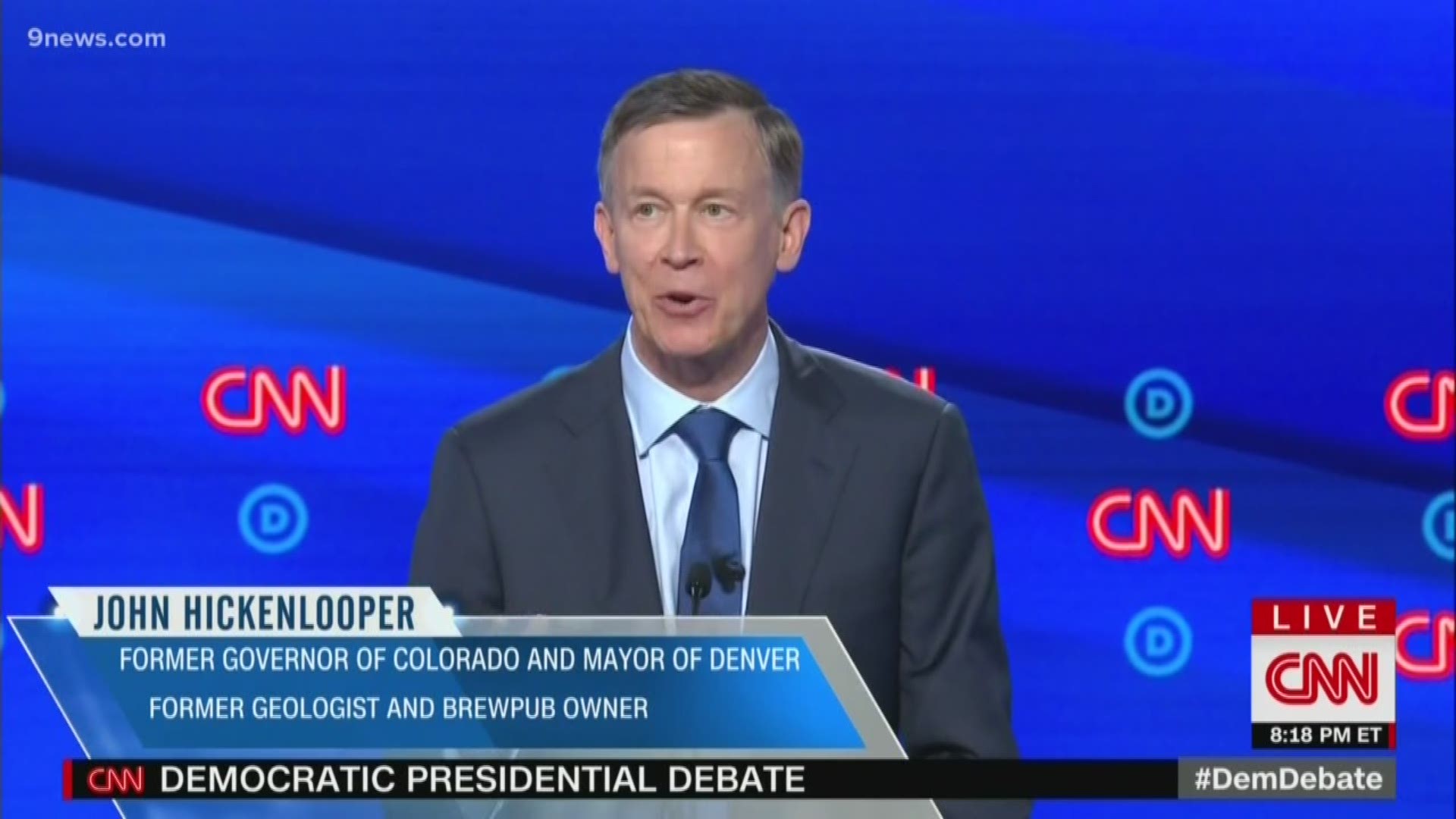 It was the least amount of speaking time for any of the 10 Democratic challengers on stage, but it was just enough time for him to create the most meme-able moment of the night.

Responding to a question from moderator Jake Tapper, Hickenlooper said some of Sen. Bernie Sanders’ proposals like Medicare for All and the Green New Deal are too extreme for American voters.

RELATED: Sanders, Warren clash with moderates over 'Medicare for All' as Democrats close out first night of race's second debate

RELATED: Talking time and most-searched: Tuesday's debate by the numbers

“You might as well FedEx the election to Donald Trump,” Hickenlooper said.

Sanders responded by saying every poll he’s seen projects him as the winner over President Trump.

“And the reason we are going to defeat Trump and beat him badly is that he is a fraud and a phony, and we're going to expose him for what he is,” Sanders said.

Hickenlooper came back again to defend his original point, and the exchange went something like this:

Hickenlooper: “Again, I think if you’re going to force Americans to make these radical changes, they’re not going to go along--”

Hickenlooper: “You – throw your hands up!” [As he throws his own hands in the air.]

Sanders: “All right!” [He throws up hands again.]

Hickenlooper: “Oh, oh! I can do it. [Hickenlooper then throws up his hands again, as well.] You haven’t implemented the plans. Us governors and mayors are the ones, we have to pick up all the pieces when suddenly the government’s supposed to take over all these responsibilities, and there’s no preparation. The details don’t work. You can’t just spring a plan on the world and expect it to succeed.”

Sanders replied with facts about the start of the Medicare program and a defense of his proposal.

Of course, the internet took notice of the entire thing.

Hickenlooper also went head-to-head briefly with another progressive candidate, Sen. Elizabeth Warren, over the specifics of the Green New Deal.

“I share their progressive values, but I'm a little more pragmatic,” Hickenlooper said in his opening statements.

Other conversation topics for Hickenlooper included gun control after the Aurora theater shooting (his details were fact-checked by The Washington Post), decriminalizing crossing the border illegally (he pushed for more secure borders and making sure the law “doesn’t allow children to be snatched from their parents”), and troops in Afghanistan (he doesn’t support a full withdraw).

Online searches for John Hickenlooper were up 2,500% during the debate, but he was still the eighth most searched out of 10. His name was searched with words like immigration, wages, health care, climate change, and abortion.

Before the night even began, Hickenlooper was asked in a CNN interview whether he'd run for Senate, if the presidential campaign doesn't continue to the next debate.

“Well, you know, to be honest, I haven’t really given any consideration to getting out of the race. I treat every day, every interview, this interview, as make or break – and I’m trying to be focused on being honest and direct to the American people and say, you know, here’s what I believe. Here’s what I think is good for America," he said. "I am 100 percent focused on being president. The moment I start entertaining questions about my future, business, running for Senate – whatever, I lose focus. And my staff loses focus.” 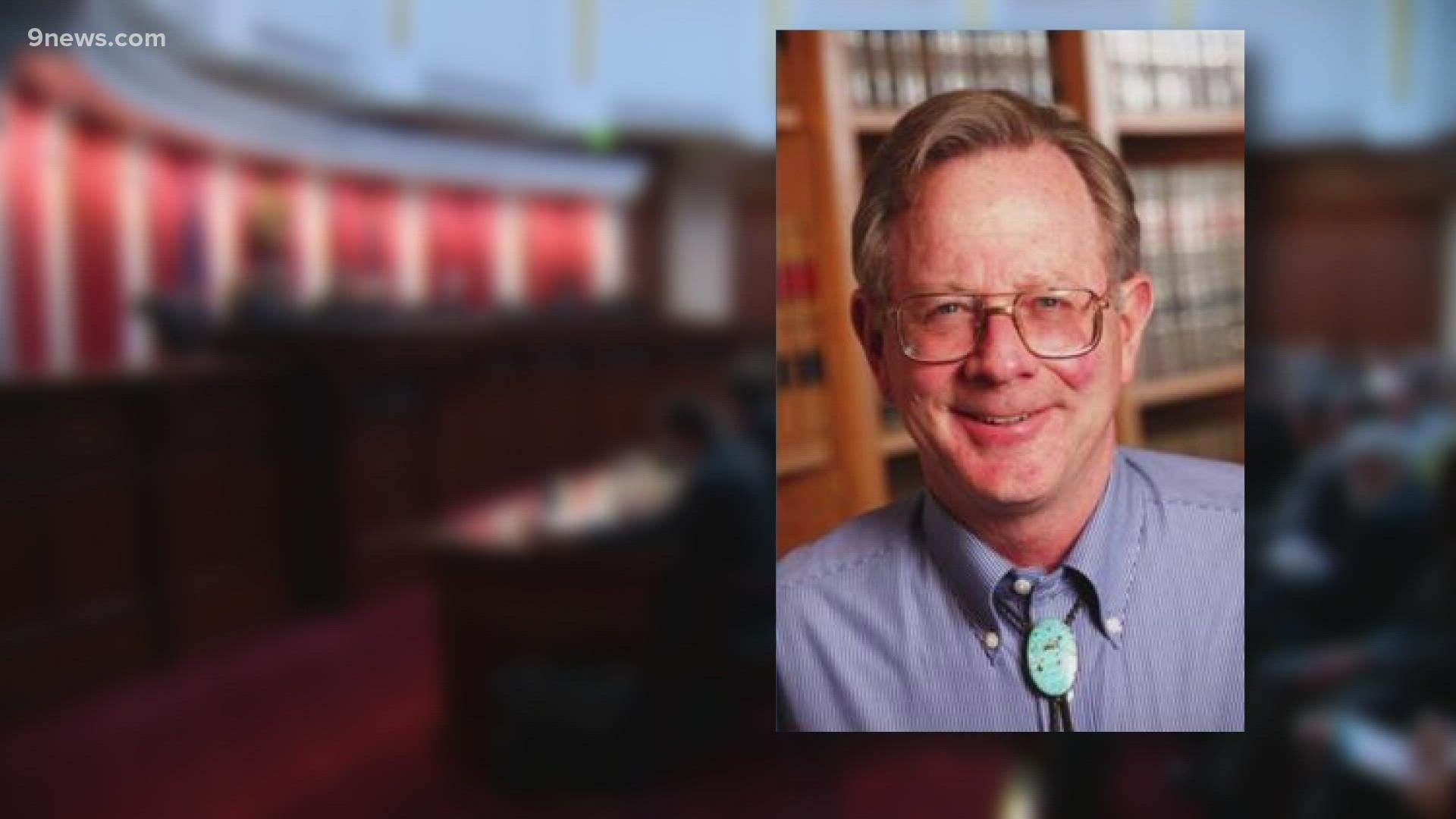