Born in Denver, the first female US airline pilot and captain has died at 80

In 1986, Emily Howell Warner commanded the first all-female flight crew in the U.S. 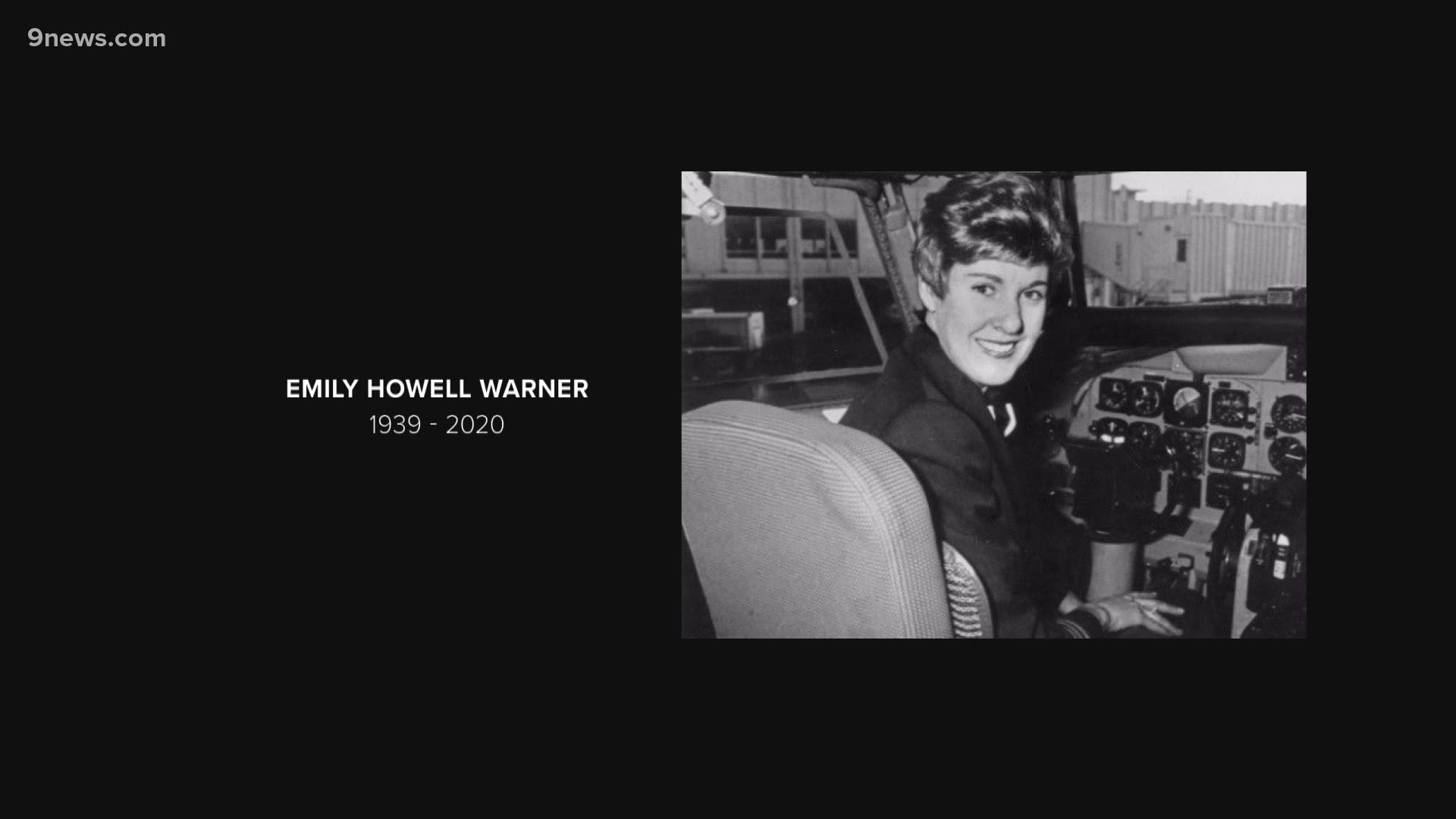 According to the National Women's Hall of Fame, Warner at age 18 took a flight to Gunnison and fell in love with flying.

She made aviation history almost every time she climbed aboard an airliner, the Hall of Fame's website says. She was the first female pilot for a scheduled U.S. carrier, the first female captain and in 1986 commanded the first all-female flight crew in the U.S.

The National Aviation Hall of Fame says Warner retired in 2002 after 42 years in aviation where she racked up more than 21,000 hours of flying.

Bea Khan Wilhite, former president of Colorado Aviation Historical Society, first met Warner in 1972 when they were planning to put together a kit to create an aircraft. She told 9NEWS her longtime friend passed away a few days ago.

"Whatever she did, wherever she went, she was dominant, she was a very very inspiring person," Wilhite said. "Flying was her passion, and she had her first full-time job in aviation at age 19."

"We never believe that anybody has ended life, and particularly for pilots," Wilhite said."We believe they fly west, and they continue flying. Emily flew west on July 3rd, and she will be missed and lovingly remembered.

"Emily has most definitely left her mark in the aviation industry, and I know I will love her always," Wilhite said. "I'm very very fortunate that she was my friend."