Colorado History: The creation of the Jefferson Territory

This week in Colorado History, the Jefferson Territory was founded in 1859. 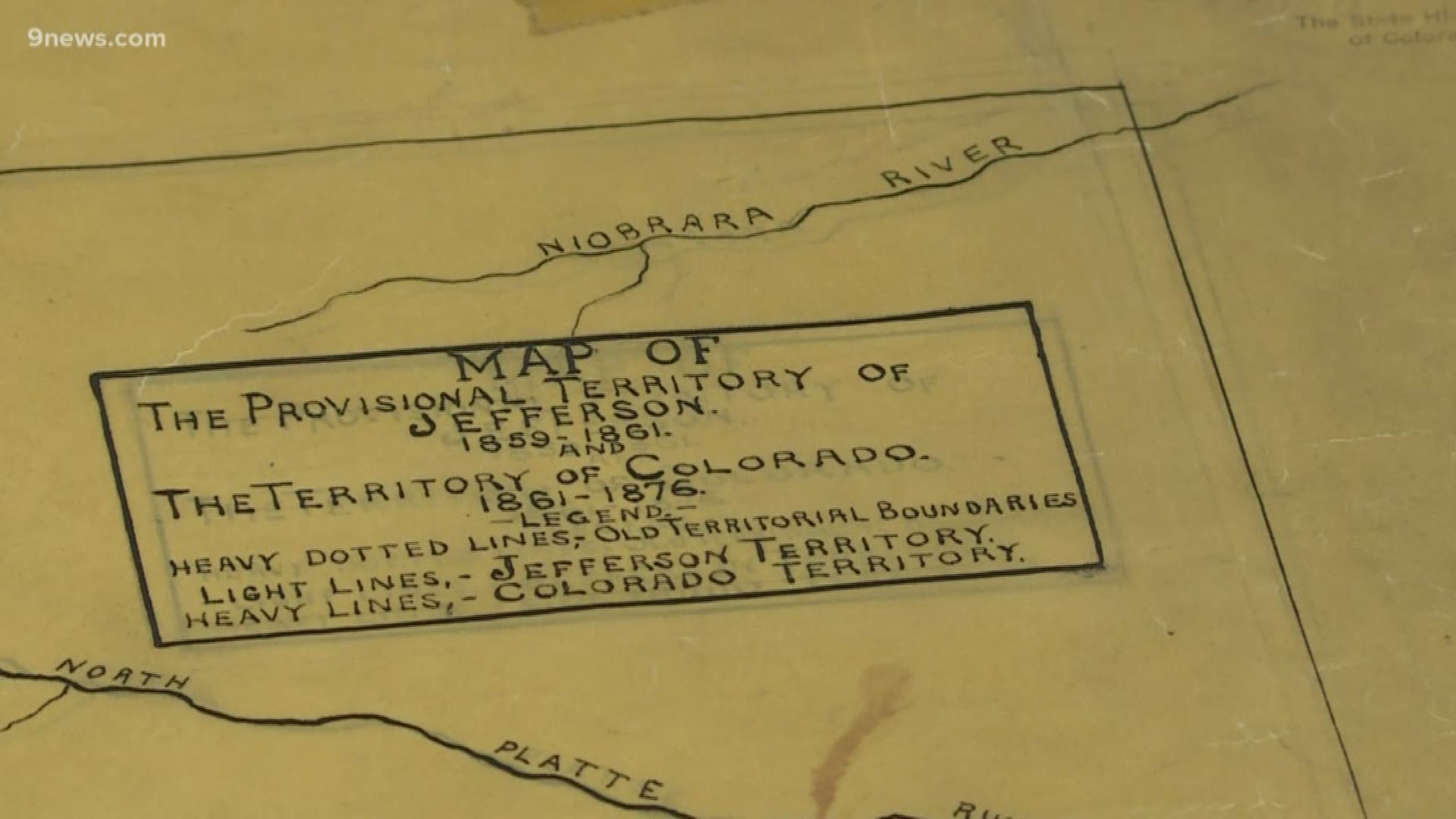 DENVER, Colorado — In 1859, people living in what is today known as Colorado didn't feel their needs were being met by the territorial government.

It was located all the way in Kansas City and the people of Colorado were concerned that it wasn't responsive enough.

So, they formed the extralegal Jefferson Territory in October of 1859.

Public Historian for History Colorado, Sam Bock, explained the territory was much bigger than the Colorado we know today.

He said "it incorporated parts of what became western Kansas, most of modern-day Colorado, some of modern-day Utah, New Mexico, and Arizona. It was huge."

The people created the territory right in the midst of Bleeding Kansas "when Kansas was really at war with itself over the question of whether or not it would allow slaves," Sam Bock said.

The federal government was so busy with Bleeding Kansas that it never got around to recognizing the Jefferson Territory.

Then, with the Civil War looming "the federal government recognized that it needed some way to control the goldfields in Colorado and to extend Union control over what would be a really important place in the West," Bock said.

With that, the Colorado Territory was created in 1861 in an effort to extend federal government control over Colorado.

Bock told 9NEWS that the new territory also gave the federal government control over Colorado's goldfields and extinguished "Indian title to the lands."

"The Native People living on the lands were extremely upset because they recognized that the government was not going to honor their treaty rights...the people of Colorado recognized that it was a problem but gold ultimately won out," Bock said.

Many of the laws and regulations from the Jefferson Territory were adopted by the Colorado Territory and most were "then were written into the constitution and the laws of what would become the state of Colorado."

RELATED: The history behind this iconic photo of the Mount of the Holy Cross