Destruction of monuments viewed in a different lens

A new art exhibit highlights the destruction of monuments across the world over the last century. 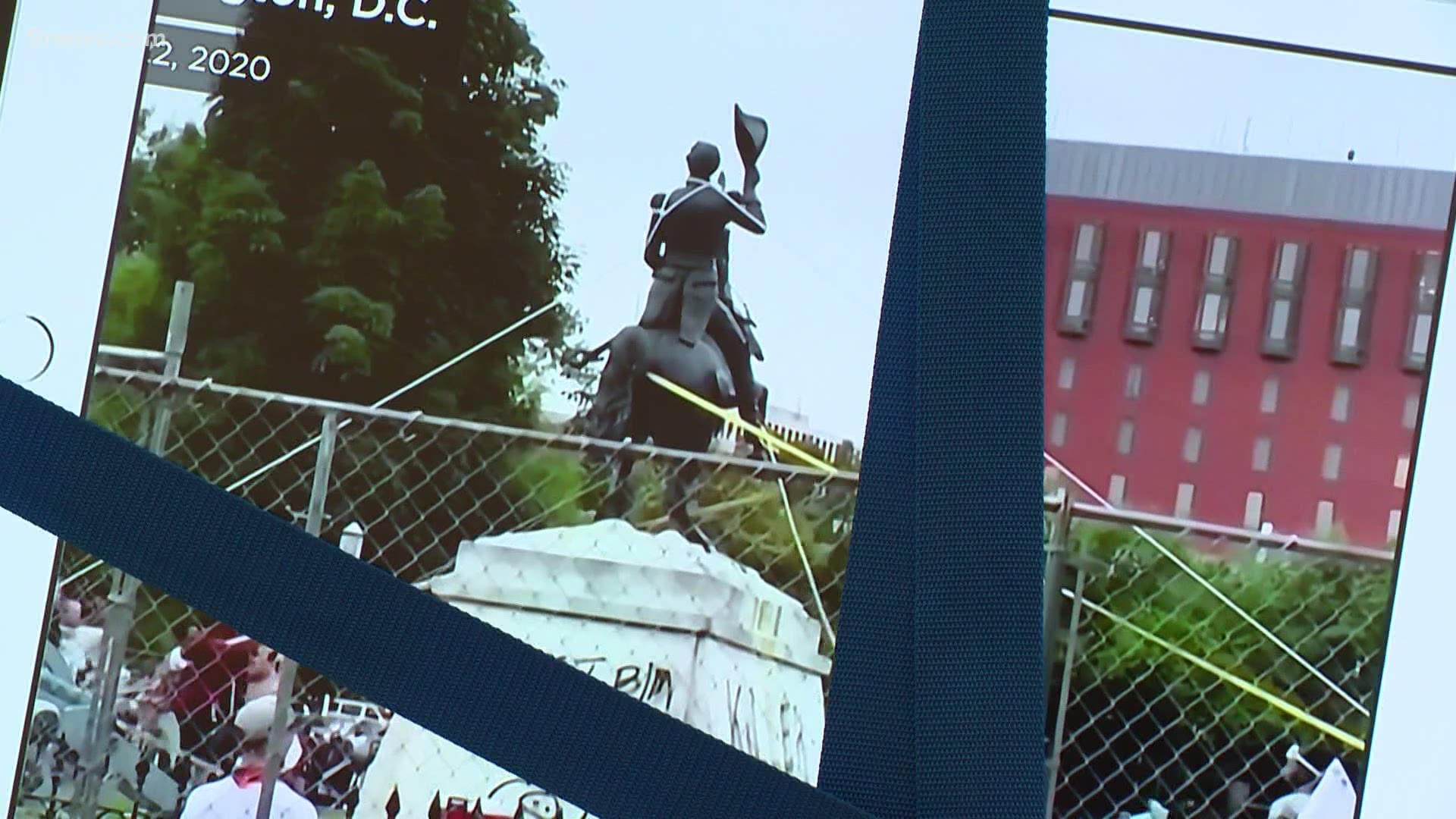 DENVER — Over the last few years, many monuments and statues have been demolished for various reasons as history continues to change.

In North Capitol Hill sits Leon Gallery on 17th Street to recreate history from a new perspective and a new lens.

“I’m hoping that I am offering another perspective of image destruction. That people take a step back, see that it’s also happening worldwide,” said Visual Artist Angie Eng.

“What I wanted to do was highlight the gesture of the cycle of image-making and image destruction. Looking at the pattern that happening all over the world,” Eng said.

She started the project in 2017. But has documentation of the demolitions over the last 20 years.

“I start 2001 with the blowing up of the buddhas by the Taliban, she said. You have Franco from Spain. Lenin from Ukraine. Gandhi India. Rhodes South Africa. Robert E. Lee, America," Eng said.

The monument's destruction is documented on TV screens suspended by colorful tow straps.

“I thought of the idea well let’s suspend the images as if they were the statues,” Eng said.

Just down the street outside the capitol sits an empty pedestal representing the removal of a Civil War Monument.

“Our memory is still fresh of what those statues are. And then the reflection of what they represented and the necessity for them to be removed,” Eng said.

Saturday is the opening reception at Leon Gallery from 6 p.m. until 10 p.m. It will continue until August 27th.