McDaniel's face appears in a mural on the walls of the Colorado Convention Center. In 2010, the actress was inducted into the Colorado Women's Hall of Fame. 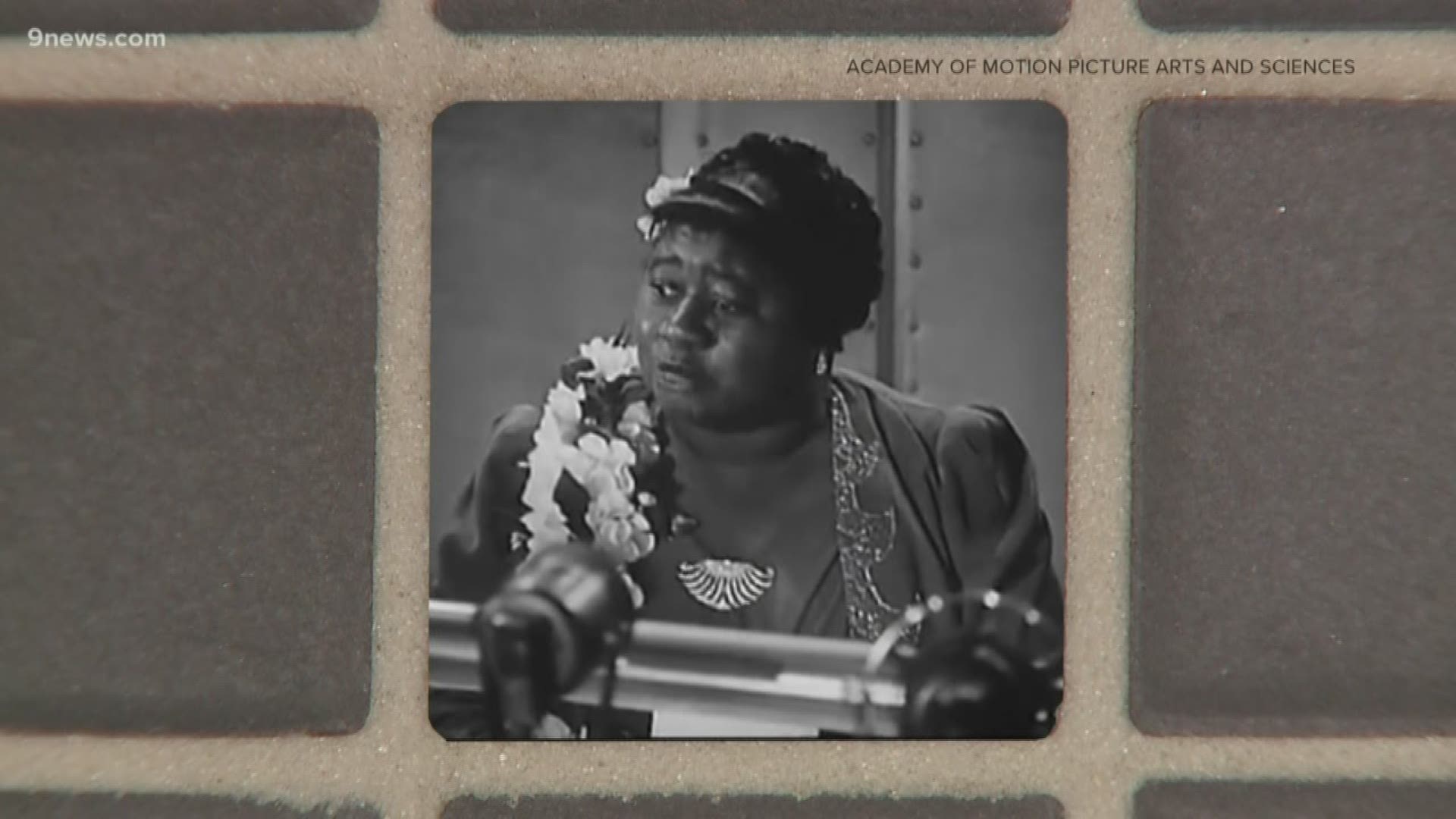 DENVER — Hattie McDaniel called Denver the only home she ever had.

The year before she was quoted in the paper, the actress, who'd moved to Hollywood, won an Oscar. She'd also made history.

“She was the first African American actress to ever win an Academy Award," said Deborah Radman, Board Chair of the Colorado Women’s Hall of Fame.

McDaniel was recognized as best supporting actress for her role as "Mammy" the house servant in "Gone with the Wind." While she was honored with an award, McDaniel had been barred from the movie's 1939 premiere in Atlanta because of her race.

RELATED: Stephen King responds to Oscars controversy: 'I would never consider diversity in matters of art'

“I sincerely hope I shall always be a credit to my race and to the motion picture industry," McDaniel said in her Oscar acceptance speech. "My heart is too full to tell you just how I feel, and may I say thank you and God bless you.”

McDaniel and her family moved to Denver in 1898. She attended East High School with her brother, but left her sophomore year.

“She had a long history of acting, singing and dancing – a lot of it here in Denver," Radman said.

Radman said McDaniel in more than 300 films and radio programs. She performed on Denver's KOA and became the first black woman to sing on the radio in the United States, according to History Colorado.

In 2010, McDaniel was inducted into the Colorado Women's Hall of Fame. She's one of 172 women historical and contemporary women honored by the nonprofit organization founded in 1985.

“[Hattie McDaniel] really pioneered some new thinking and helped to evolve some of the discussion around civil rights in this country," said Radman.

On Oscar night, Hattie McDaniel's piece of Colorado history is one worth celebrating.