Colorado History: How Denver got its name

This week in Colorado History, the Denver City Town Company was formed in 1858. History Colorado helps explain why the name was chosen. 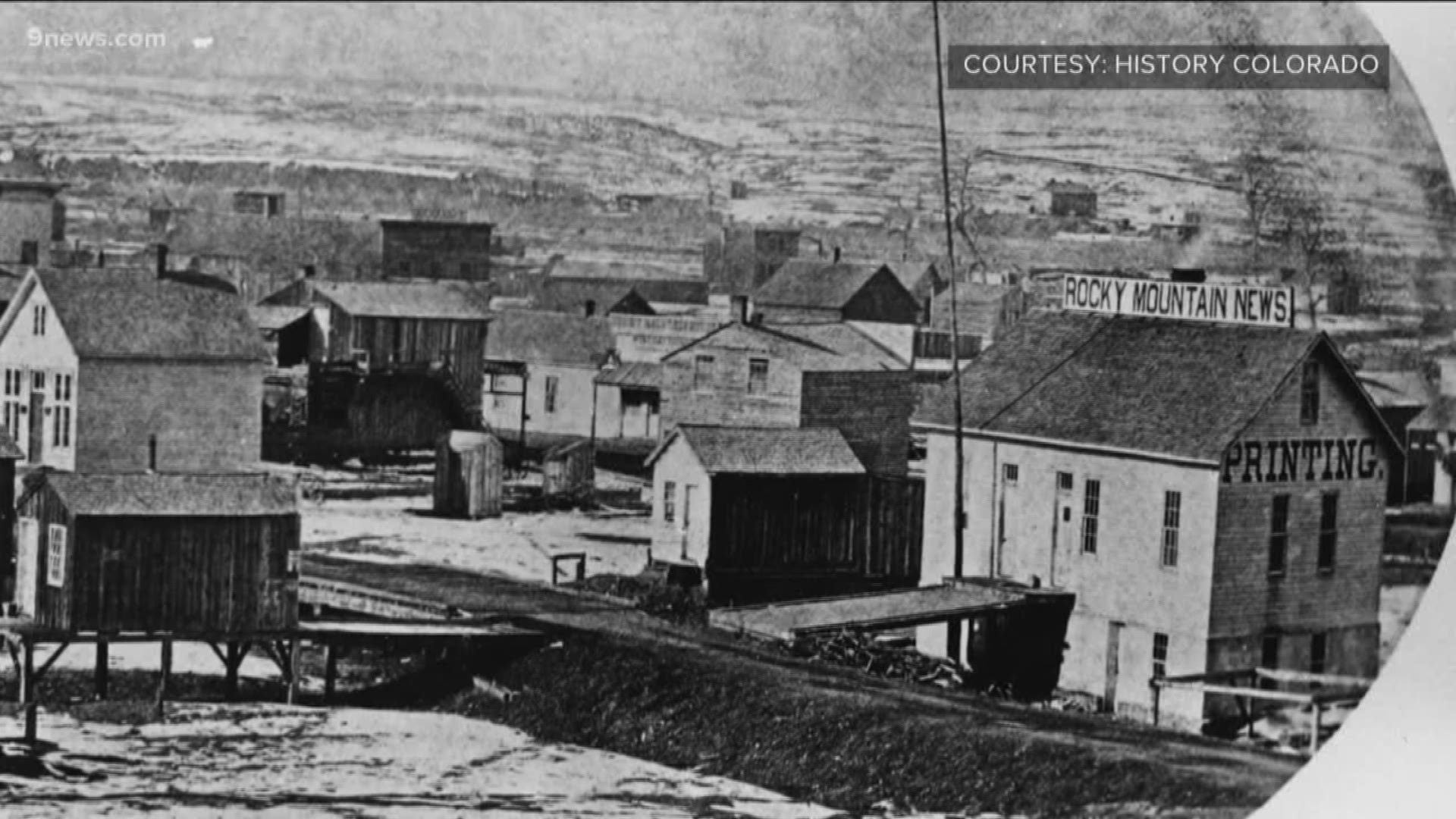 In 1858, it was "little more than a couple of shacks and a couple of crossed cottonwood sticks," according to Public Historian of History Colorado Sam Bock.

This week in Colorado History, "a group of scruffy gold-seekers founded a town to supply all of the miners who were going into the foothills and mountains to find gold," Bock said.

Bock told 9NEWS that the founders settled on the name 'Denver' in an attempt to "curry favor with the governor of the Kansas Territory."

"What they didn't know was that Denver was no longer in office," he said.

Founders, like William Larimer, did, however, take it upon themselves to name many of the town's roads after themselves.

Before Denver could be recognized as an official town, the founders had to address "the fact that Cheyenne and Arapaho had claim to the land under the Fort Laramie Treaty."

The Arapaho people spent their winters in what we know today as Denver.

Sam Bock told 9NEWS that they arrived in the Fall of 1858 to "find all these white people."

Following in the traditions of their people, they agreed to share their water, land, and wood.

"It was a decision they would come to regret because they never got to really come back to this place," Bock said.

Credit: History Colorado
Cheyenne and Arapaho people had claim to the land that became Denver under the Fort Laramie Treaty.

As Denver grew, so did competition with the neighboring town of Auraria across the creek.

A group of men from Georgia founded the town of Auraria.

The towns competed for settlers and businesses.

The local newspaper refused to take sides and relocated its offices to the dry bed of Cherry Creek.

When the Creek flooded, "it washed away the offices of The Rocky Mountain News Weekly. In fact, not too long ago, they found one of the arms of the printing press in the creek bed in Cherry Creek," Bock said.

Ahead of the Civil War, Auraria's founders returned to Georgia to enlist in the Confederate Army.

William Larimer took advantage of their absence and merged the two towns.

At History Colorado, you can view a diorama of what life was like for Denver's early settlers in 1860.

RELATED: Colorado History: The creation of the Jefferson Territory