Rose Lueras and her daughter will be honored for her long fight in racial and social injustice that the Latinx community faced in Lafayette. 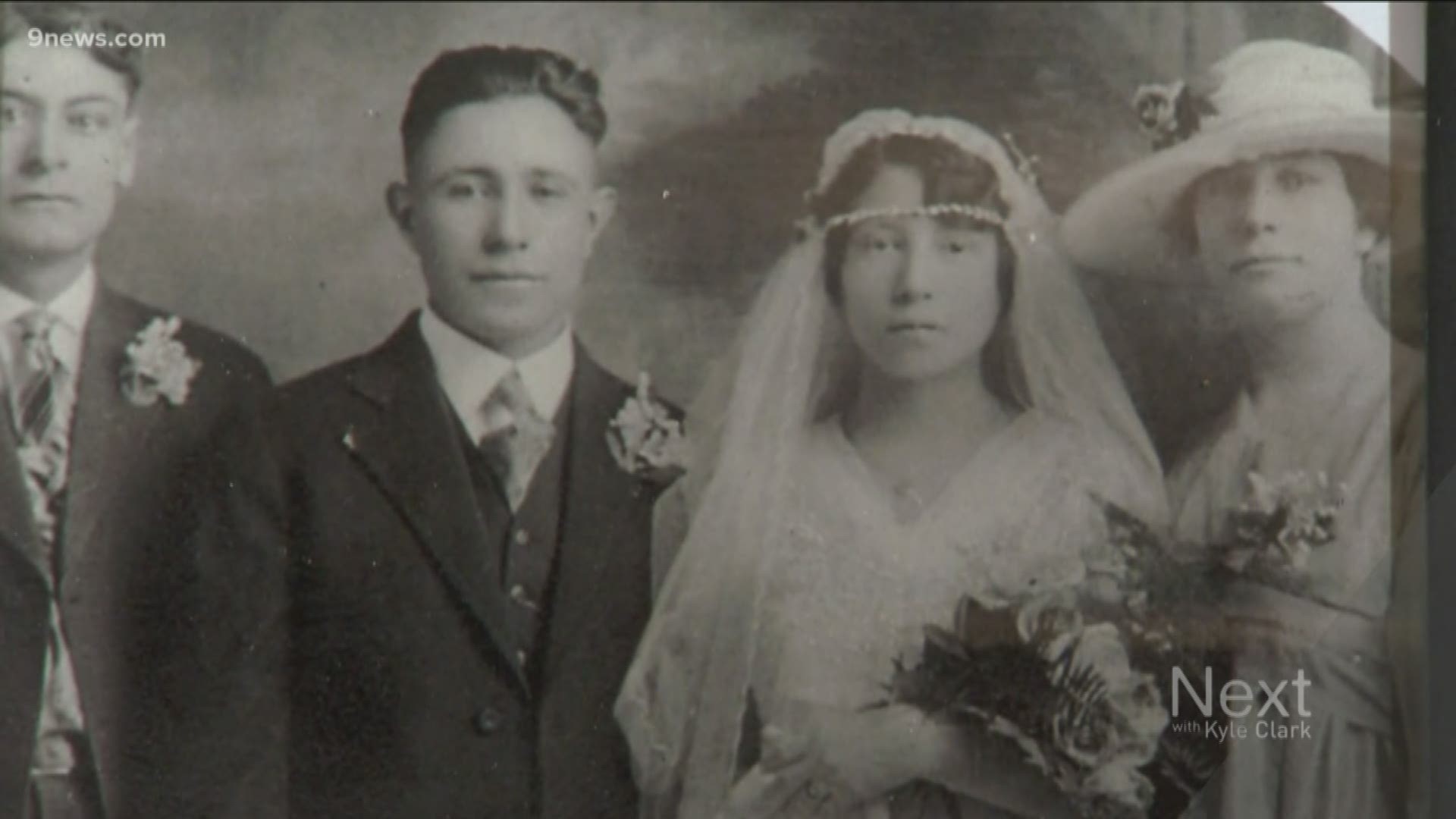 LAFAYETTE, Colorado — After decades of Rose Lueras' long fight for Latinx equal rights, Lafayette's first-built city pool will be renamed after her.

It was 1934 when the city built a swimming pool. City funds were scarce, so the community was asked to help with donations or cement, according to the city's website.

Rose Lueras was a married Latinx woman and mother of two who resided at 304 E. Chester St. in Lafayette. Rose's son, Leonard, died of whooping cough at the age of 10, the city said.

Lueras' family donated 10 sacks of cement during the process. The swimming pool eventually opened in July 1934.

According to the city, the Lueras, along with other Latinx families, were denied entrance to the pool after a sign was posted saying "white trade only." The pool gate also had a staff comprised of members from the Lafayette Fire Department.

Credit: Boulder County Latino History Project
A newspaper article from the Longmont Times-Call about the swimming pool at Lafayette that caused a racial dispute regarding who was allowed inside.

At the time, the city moved to privatize the pool by signing it over to the private Lafayette Volunteer Fire Department, according to the city.

This drove Lueras to issue a discrimination lawsuit against the City of Lafayette and the fire department in Circuit Court in Boulder after she and her daughter were denied pool entrance.

Twenty-five families also joined the Lueras in the lawsuit for a violation of their 14th Amendment rights.

The city claimed the pool closed to avoid trouble.

The Ku Klux Klan, who were active across the country during that time, soon began to target Lueras, the city said.

Documented reports show 1,000 members from around the area would meet and burn crosses across the Lafayette community.

According to the city, a cross was burned on the Lueras' home at 304 E. Chester St.

The local clan also reportedly had 100-200 members that held prominent positions in the community, such as city council members, school board members, teachers, firemen, church pastors and even the mayor.

Although the Klan is believed to have died out in 1926, the group resurfaced in 1934, when hundreds of white-robed men marched to the Lafayette Swimming Pool location.

Out of fear for persecution, Lueras and her daughter relocated to Santa Monica where her life took a tragic turn.

Lueras was killed after being hit by a car. Her daughter Rosabelle witnessed the fatal incident, according to the city.

Following her death, defense attorneys in July 1935 motioned to dismiss the case against the City of Lafayette.

Rosabelle, who was 13 at the time, testified on her mother's behalf, along with volunteer firemen, city councilmen and members of the Latinx community.

In her testimony, Rosabelle recounted the conversation her mother had with someone at the pool's gate who denied them entry.

"'We don’t allow the Spanish-American or Mexicans to go in to swim.' That her mother asked that she, the daughter, be permitted to swim there; that she was refused," Rosabelle's testimony read.

A Boulder County judge ruled against the Latinx families, and eventually the case reached the Colorado Supreme Court. It was decided that no violation of the 14th Amendment was made and the ruling went in favor of the defendants in March 1937.

The city pool was later shut down and filled with dirt until the Bob L. Burger Recreation Center was later built over its remains, according to a city council meeting agenda.

Now, Lafayette is honoring Lueras by naming the very pool that sparked her advocacy for Latinx rights in the 1930s.

On Nov. 4, a proclamation was signed to honor her fight in racial and social injustice. The pool on Tuesday will be renamed the "Rose Lueras Pool."

The city said the pool will also be a place where the public can show honor and respect for the many Latinx community members who have faced discrimination in Lafayette.

The ceremony where a plaque will be installed in dedication to Rose Lueras and her daughter Rosabelle will begin at 5:30 p.m.

The pool is located at 111 W. Baseline Rd. in Lafayette.

Rosabelle got married and relocated to Fort Lupton to raise a son. She died in 1993, according to the city.

Rose, her husband Santiago, their son Leonard and Rosabelle are laid to rest in the Lafayette Cemetery that lies adjacent to the original location of the city pool.