Donald Stratton, who served aboard the USS Arizona during the attack on Pearl Harbor, died last year in Colorado Springs. 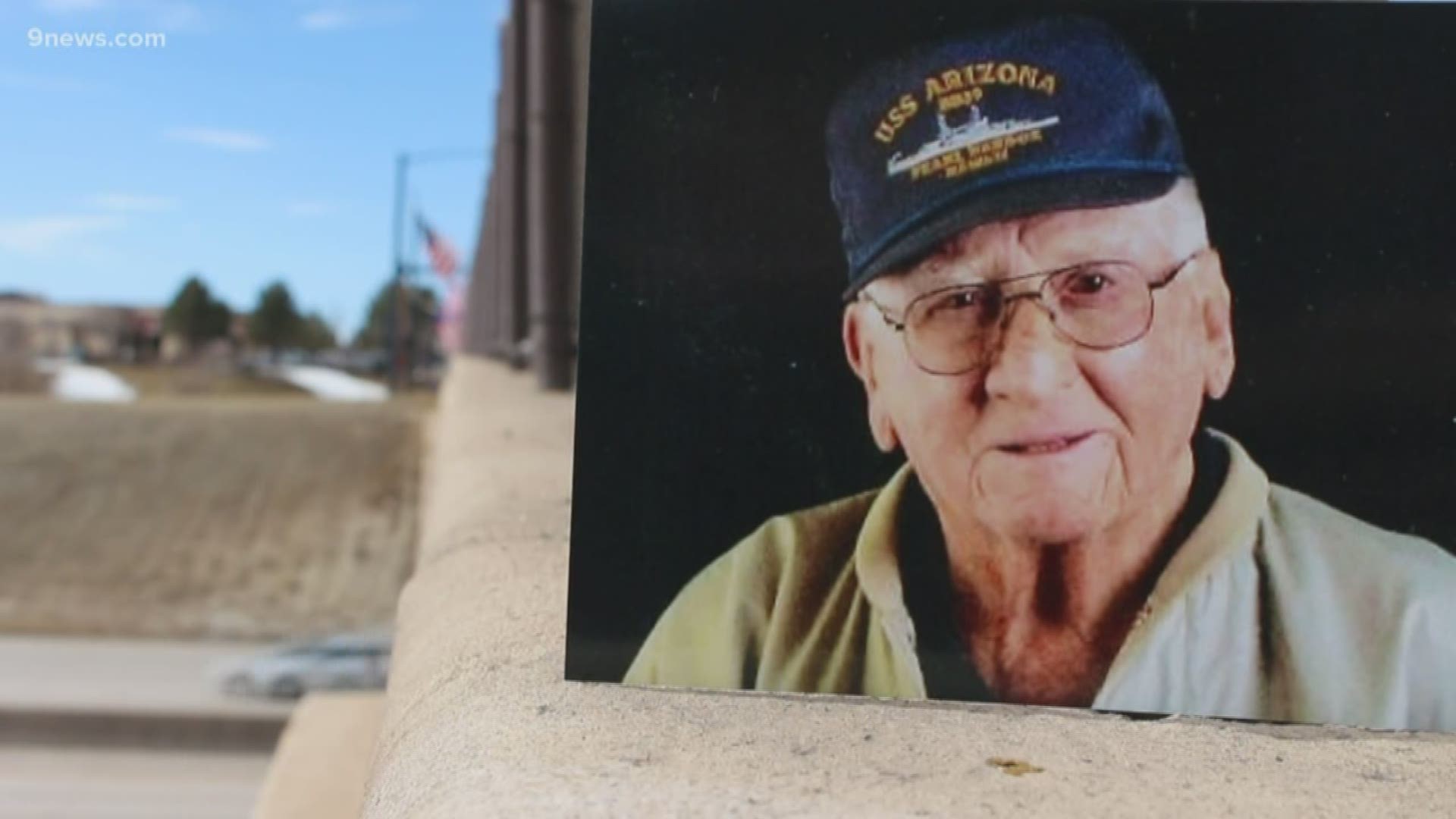 COLORADO SPRINGS, Colo. — An exhibit honoring a survivor of the sinking of the USS Arizona during the attack on Pearl Harbor during World War II is open to the public again after being relocated.

The exhibit for Donald Stratton, who died last year at 97, was relocated from the Colorado Springs Airport to the East Library in the Pikes Peak Library District, located at 5550 N. Union Blvd. in Colorado Springs.

The exhibit includes a multi-panel display of images, digitized videos about the attack, a uniform, memorabilia and interactive bios and photos of all the men who served aboard the ship.

There's also a 150-pound piece of the actual USS Arizona superstructure that was gifted by the U.S. Navy.

The display was originally funded by private donors in 2018.

The USS Arizona was stationed in Pearl Harbor with the Pacific Fleet when it was sunk by Japanese bombers on Dec. 7, 1941. Stratton was badly burned but recovered from his injuries and returned to Naval service.

The attack killed 1,177 sailors and Marines aboard the USS Arizona.

"One of Donald's final wishes was that people remember Pearl Harbor and the men aboard the USS Arizona. Share their story and never forget those who gave all for our great country," the post read.

“Don Stratton, one of only 334 from Arizona’s crew of 1511 who survived the Pearl Harbor attack, lived for a long time in El Paso County," said El Paso County Board Chair Stan VanderWerf. "We were blessed to have a witness to history and hometown hero living among us."