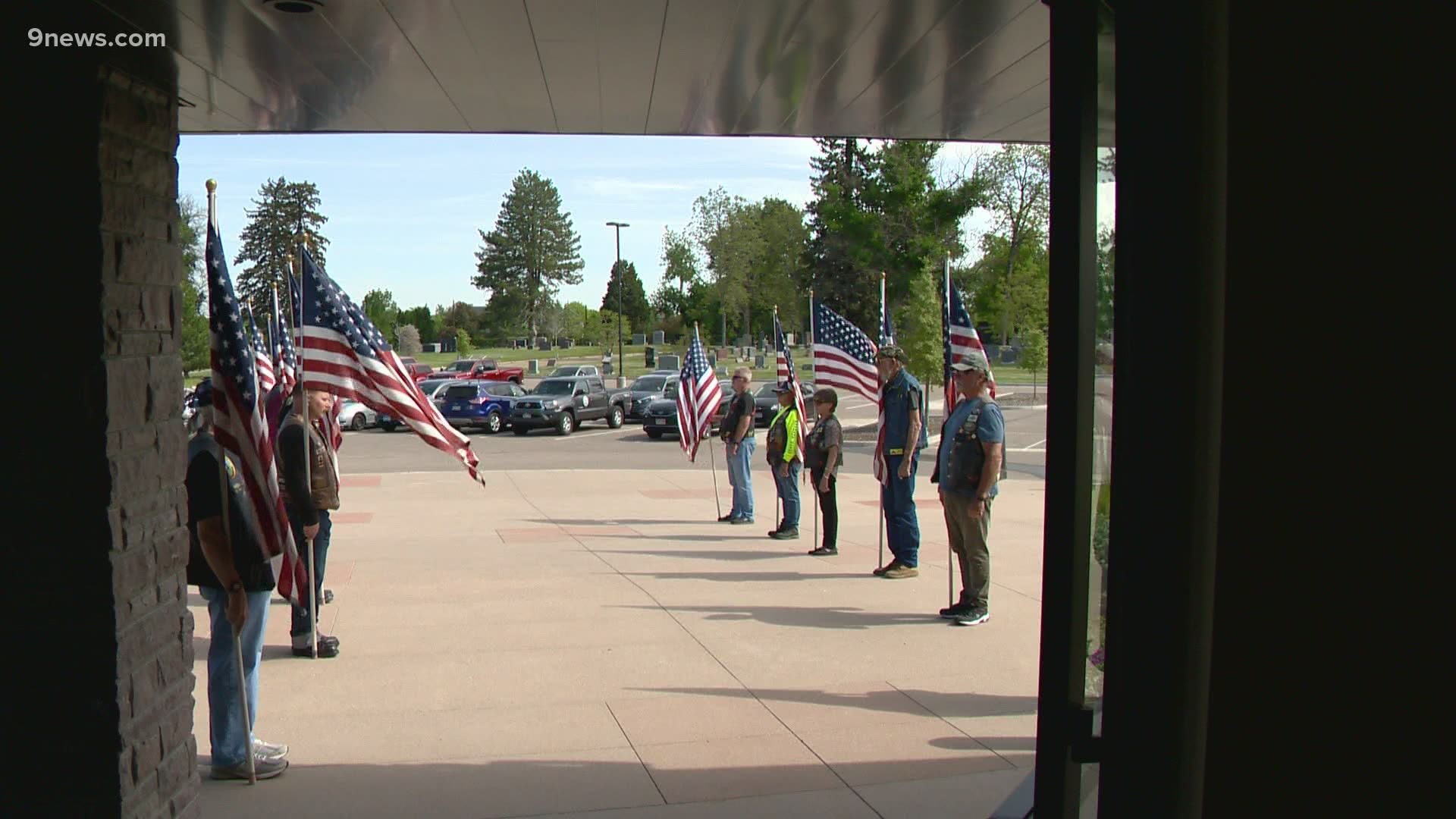 COLORADO, USA — The local chapter of Vietnam Veterans of America (VVA) paid their respects on Saturday for 19 service members whose remains were left unclaimed at the Fairmount Cemetery.

Dozens of veterans gathered at the cemetery event center and paid their respects to the 19 fallen men. The deceased varied in military branch and war but had one thing in common: They were no longer forgotten.

"It’s so exciting and fulfilling to be part of something like this," said Jim Topkoff, a member of VVA Chapter 1071, which is based in the Denver area. "Well, when you realize how important our people are to this world, to this country, there’s no substitute."

In 2015, VVA Chapter 1071 inventoried more than 800 abandoned cremations and determined more than 100 of them were veterans. The group has continued its efforts through the years and found the ashes of the 19 veterans at Fairmount Cemetery.

"The sad part is nobody knows why they were not claimed, why they were abandoned," said Vietnam War veteran Owen Oliver. "There’s no explanation for that, and it’s sad. So it's heartening to have a ceremony like this to bring things full circle."

The nineteen men's remains were put into wooden urns carved with the military branch they served in. Dog tags were nailed to the boxes so that these men's names will now always be remembered.  VVA Chapter 1071 provided 9News with a list of the 19 service members, their rankings, military branch, war fought in, date of birth and date of death.