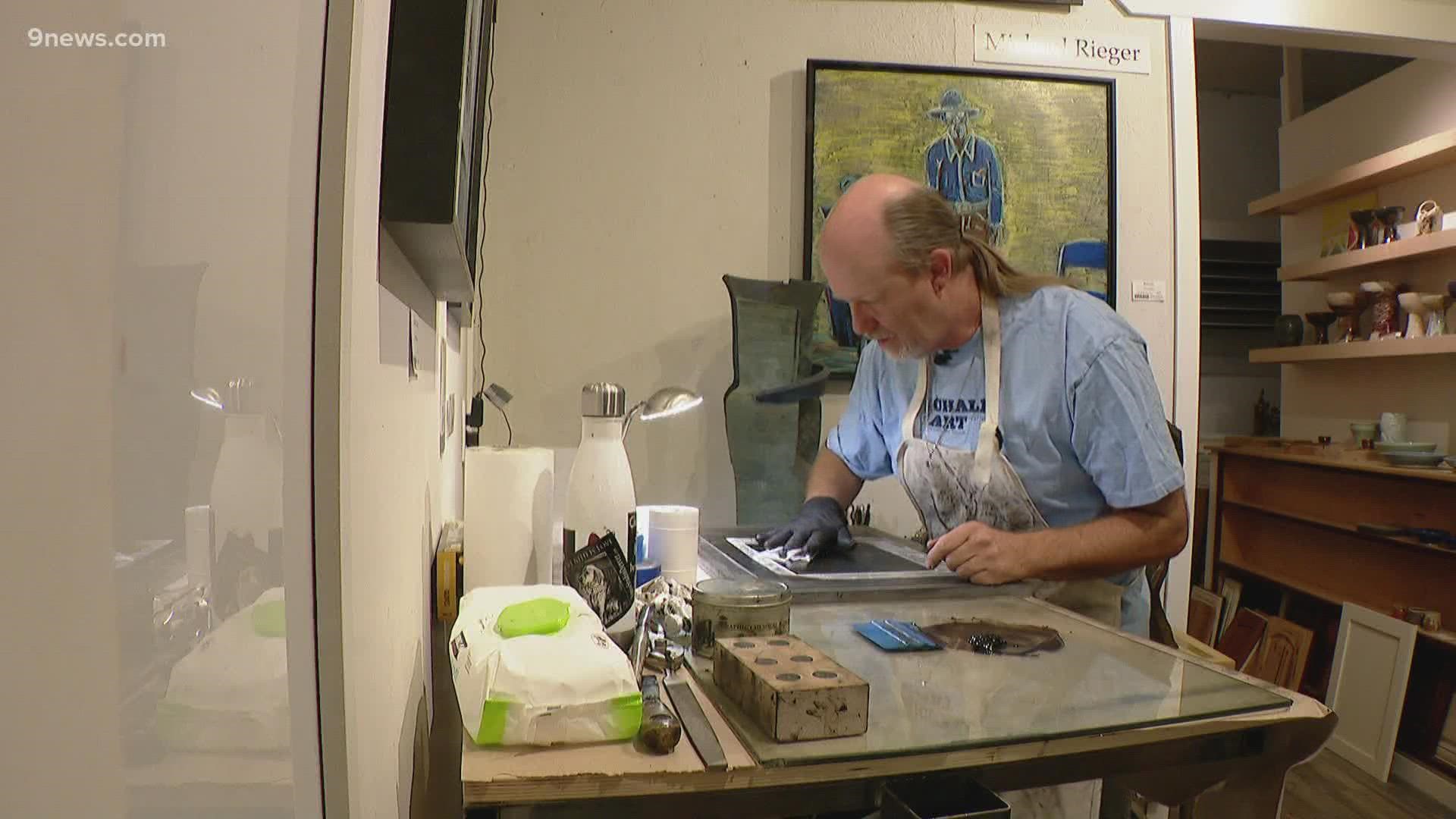 COLORADO, USA — Some memories never have a chance to fade because they flood our minds every September.

"Hard to believe it's been 20 years," Michael Rieger said. "In some ways, it feels just like yesterday.

Time is relative to Rieger and everyone else who remembers Sept. 11, 2001.

“My brother called me and said, ‘quick, turn the TV on," Rieger recalled. "A plane crashed into the towers.’”

Rieger watched the news from afar in Denver, but quickly realized he'd have to get to New York.

>The video above shows how the impact of the 9/11 attacks are still felt in Colorado 20 years after.

Rieger, a FEMA reservist, was deployed to Ground Zero as a historical photographer with the public affairs team. He spent six weeks there as one of two still photographers.

“The energy, the sight, the smells, the smoke, the sound was overwhelming, and I remember just telling myself, ‘take pictures’” Rieger said.

RELATED: How 9/11 changed the way we fly

Just as overwhelmed was Julie Noyes.

“Three months into the job," Noyes said, "the biggest deployment this country’s ever seen.”

Noyes was new to Colorado Task Force 1 as a canine search specialist. She'd trained for disasters, but not the kind she encountered in New York.

“I was beyond scared," Noyes said. "I was just like, ‘wow, we’re not practicing anymore? And can I go home?’”

Noyes' mind still floods with memories, but she holds onto one: Hoke.

Hoke, a yellow lab, was Noyes' partner and friend to all first responders.

“He’d be nowhere in sight, and I’d be looking for him and he’d be snuggled up with someone he doesn’t even know, and I’m like, ‘sorry, can I have my dog back?’” Noyes laughed.

Hoke gave Noyes hope she could get through anything.

The story Noyes tells about Hoke brings new emotion to a 20-year-old photo of a dog and his partner.

“It was the eyes of Hoke just looking at me," Michael Rieger said, staring back at the photo he snapped of Hoke and Noyes.

In the photo, Hoke stares at the camera, sitting at the feet of Noyes, who rests beside another member of Colorado Task Force 1.

Noyes doesn't remember Rieger taking the photo, but she appreciates what he's done with it 20 years later.

Rieger selected the image and eight others for the initial phase of a project he calls, "Remember the Love." The photographer and co-owner of Lapis Gallery in Denver used an old printing technique to turn the 9/11 photos into works of art.

“The timelessness of etchings I felt really allowed the images to kind of speak," Rieger said.

Rieger exposes the images to metal plates, coats them in ink and presses the image onto paper. The resulting black and white images are high in contrast and full of detail.

“One thing I love about this process is the atmospheric quality of an etching," Rieger said.

The initial nine etchings Rieger created are on display at Lapis Gallery through November. Rieger plans to bring an expanded collection to the Emmanuel Gallery at CU Denver in 2024.

Rieger launched a Kickstarter campaign to help bring the show on the road. He hopes a nationwide tour will end in Washington in 2026 for the 25th anniversary of 9/11. 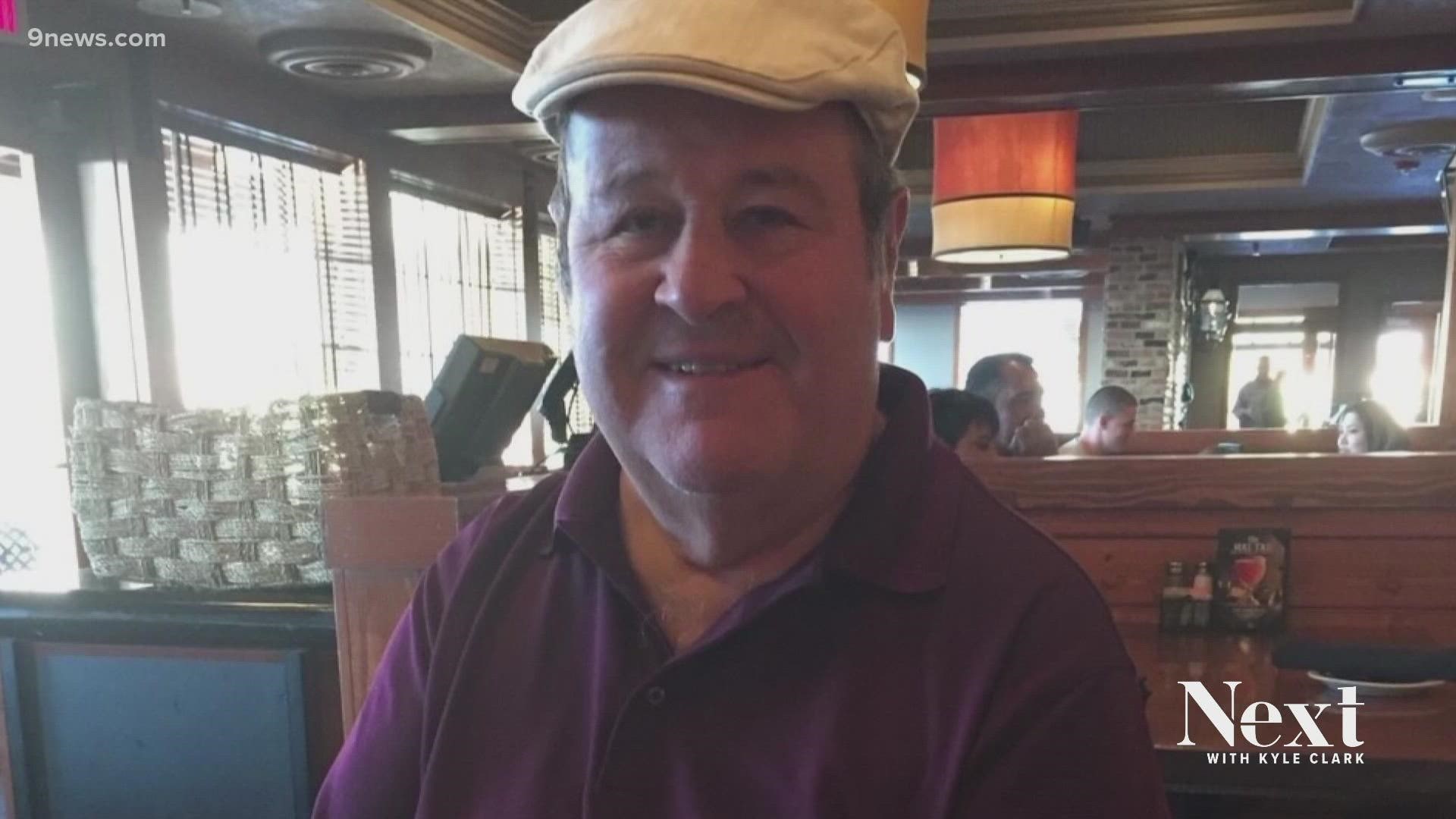