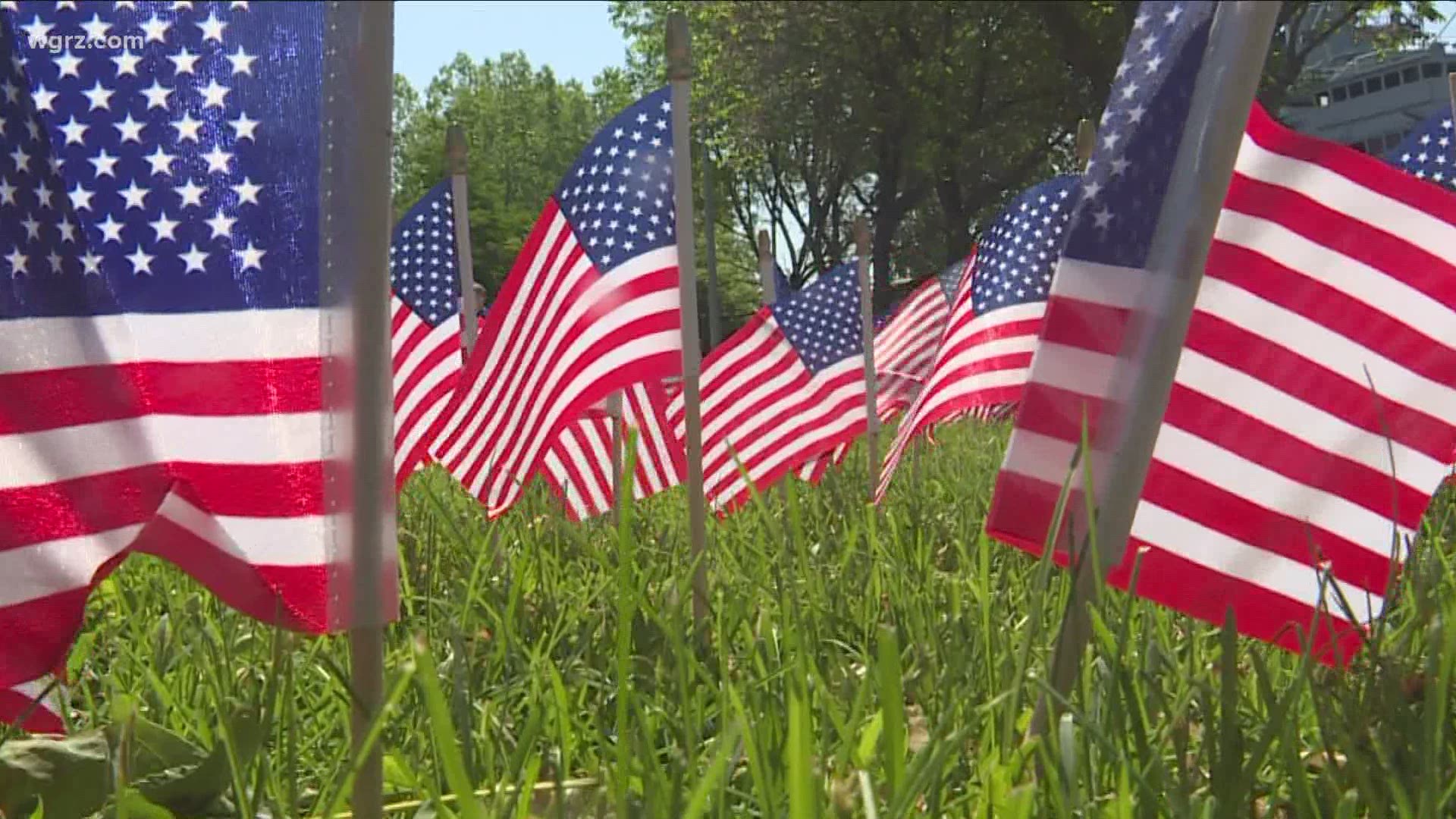 BUFFALO, N.Y. — This particular Memorial Day in 2021 carries even more meaning for Gold Star families who lost loved ones during their military service in Afghanistan. That is because US troops, who first entered that country after 9/11 20 years ago, are set to withdraw under President Biden's order by a deadline of this September 11th.

The New York Times now reports that the timetable for that pullout has been accelerated and may be completed by early July.

2 On Your Side spoke with the family of a Western New York soldier who died there and a fellow veteran for their perspectives on this pullout after two decades of combat in that still troubled part of southern Asia.

In the Monuments Garden at the Buffalo Naval and Military Park it's known to some as the "A and the I" - Afghanistan and Iraq Memorial.

David and Kim Whipple know it as a place to honor Blake, their 21-year-old son, who was a fun-loving, generous Williamsville East grad who once gave a coveted Backstreet Boys concert ticket to a sick classmate.

David Whipple described his son this way, "He had a smile that really would lighten up a room."

But Blake also stunned his parents in 2009 with a very serious decision to enlist in the Army. "He said 'I just felt like I wanted to do something that's bigger than myself.' And this was a good way to serve our country."

After training Army Specialist Blake Whipple of the US Army's Tenth Mountain Infantry Division at Fort Drum was deployed to Afghanistan's Ghazni Province.

He was able to speak briefly with his parents after arriving at his base in Afghanistan. Whipple recalls, "What he said was it is so amazing. He said this is such a beautiful country and yet so dangerous."

And now he was given a dangerous assignment. Whipple was tabbed as a combat engineer who could help with construction projects. But he was also assigned to a "sapper" unit clearing IEDs or improvised explosive devices set by the Taliban for a roadside ambush.

David Whipple and his wife Kimberly remember discussing it with their son.

"We asked him 'route clearance' is that what we think it is? He goes 'yeah - those guys go out and find the IEDs," David Whipple said. "And uh... I remember both my wife and I were just - took our breath away. Because we knew it was so far away from what we thought he would be doing and we knew how dangerous it was."

Whipple added, "The thing that hits you right in the face is the kid that just left not that long ago from home is now a man and a warrior. And couldn't be prouder of him."

On November 5, 2010 Specialist Whipple died as an IED exploded as he tried to dismantle it. His dad now reflects this way, "I think it's always about wanting to do something that was rewarding, that was bigger than himself and something that was helping not only himself but the country."

So now with US troops withdrawing from Afghanistan, the Whipples are pleased the troops won't be at risk there any longer. But there's that question to a family who lost their son there - was it worth it?

David Whipple points out, "They helped the people out and they made a difference in their lives. And I do think it was worth it. And do I get a little concerned about the withdrawal - I do. Because I still think that the Taliban and those have the ability to do harm."

Then the view of an Iraq war veteran who with his daughters last week cleaned the 'A and the I' with reverence. Dan Frontera, who helped build the memorial and knows those Gold Star families says it is time for our troops to come home, but he recalls that Afghanistan mission had a double purpose.

"To push back the Taliban, to get Osama Bin Laden," Frontera said. "But they also established schools, they built roads, and they educated children - educated little girls who were not allowed to be educated. So our presence - will always be there. And the presence of Afghanistan will always be with every single one of the troops, every one of these families who was there."